Day 2 in Malaysia started out pretty early since this was crunch time and where our actual work was supposed to happen. We had to wake up pretty early even though we had a late night because on our 2nd day, we had to put on our long gowns, accessories, and high heels. It was time for Influence Asia.

The one thing that excited me the most though about Influence Asia was that it had a fantastic view of the Petronas Twin Towers. Yes, that’s how crazy I am hahaha. I was walking towards the Plenary Hall and when I turned to my left, there it was in all its glory. To say that I was in awe would be an understatement.

We had fun posing with it as our background and seeing all the different media personalities in their finest gowns and black ties was definitely a kick. I don’t know about most people but I find that occasionally getting all dressed up can be quite fun. I mean, how often do you get to wear a long gown? 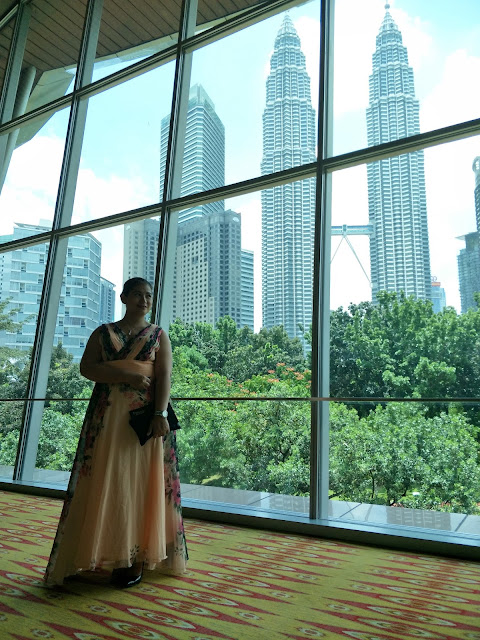 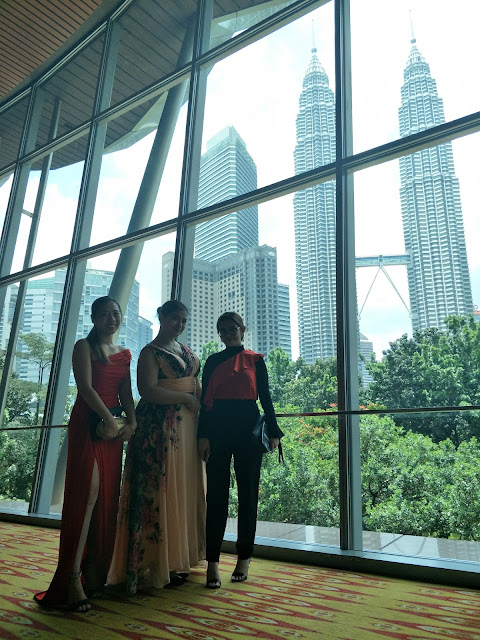 After the show, we headed back to our hotel, did a really quick change and went down to the 14th floor where we had one of the biggest dinners we possibly could get for 200RM. Since I was the foodie in the group, I ordered and ended up with 6 Malaysian dishes. Yes, I am awesome. LOL. 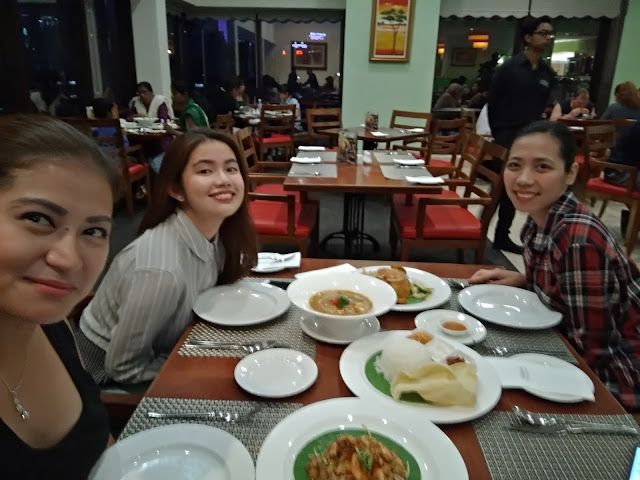 We went shopping at LOL afterwards which is like the local Uniqlo and it was just so amazing that it was right below the hotel we were staying at. Talk about convenience. We also got to leave our shopping bags at the Concierge before we headed to Oldtown Coffee House which is one of the local coffee shops in Malaysia. 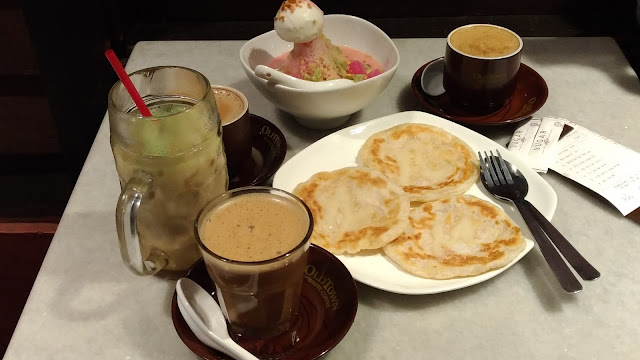 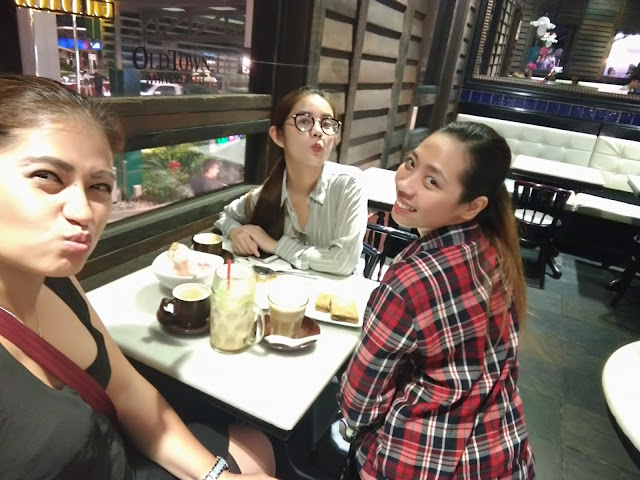 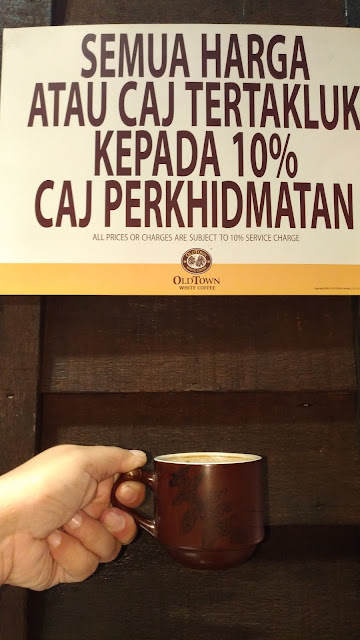 I loved the vibe and feel of the place. It was rustic yet homey. The Teh Tarik I had was pretty awesome. I was so happy that our little group got along so well and adjusted to each other’s quirks. Though full, they indulged me when I ordered Kaya Toast, Roti with Condensed Milk and a bingsu like dessert. I explained that since it was my first time, I was curious about Malaysian food and they just indulged me. Awesome women right?

After having coffee, we met up with the person who invited us to Malaysia (his name is Ed) and Gabbi who was in charge of making sure that we (PH media) were all good and well taken care of. We walked around, took photos, did a lot of OOTD and IG worthy shots, and then settled down in Johnny Rockets. This was where I got to try Durian Oreo. I would have to say that I loved the durian but the oreo part, not so much. 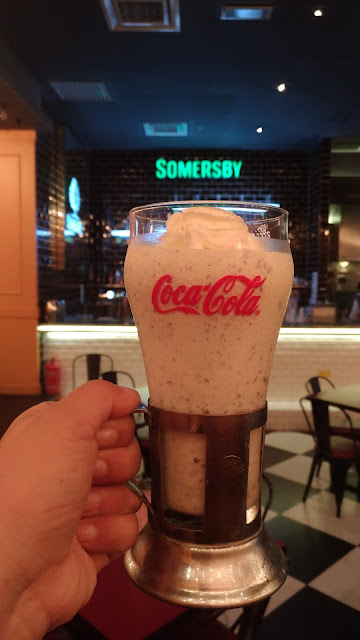 Final stop was for the 3 of us to walk and find the Petronas Tower. This was actually my only bucket list and Maggie and Yanna indulged me. They’ve been to Malaysia before and I was the newbie but they walked with me, posed some more where we could find IG worthy frames, and then when we finally saw the Petronas Tower lit up in all its glory, they marveled with me.

To say that the Petronas Tower delivered on all its promise is an understatement. It was magnificent. It was marvelous. It was IPOTA. It was just stunning. The two towers glittered and sparkled and just mesmerized. It was definitely a sight to see. 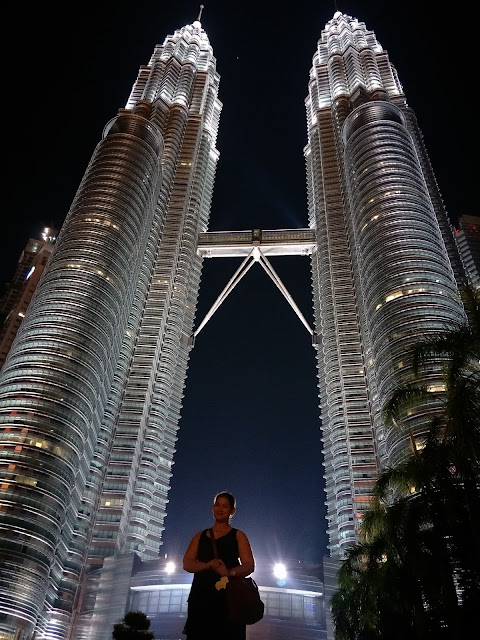 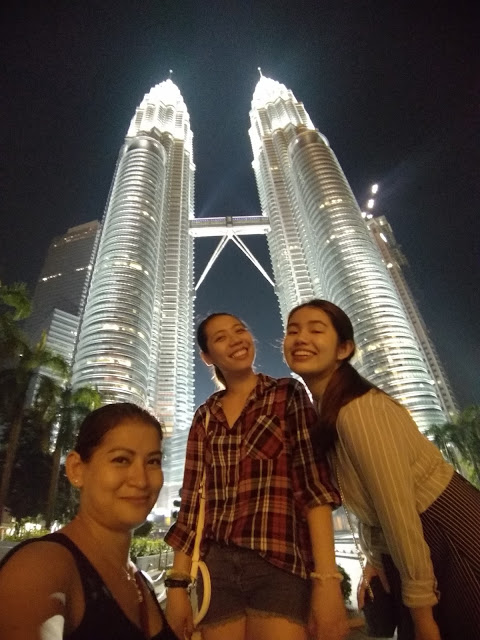 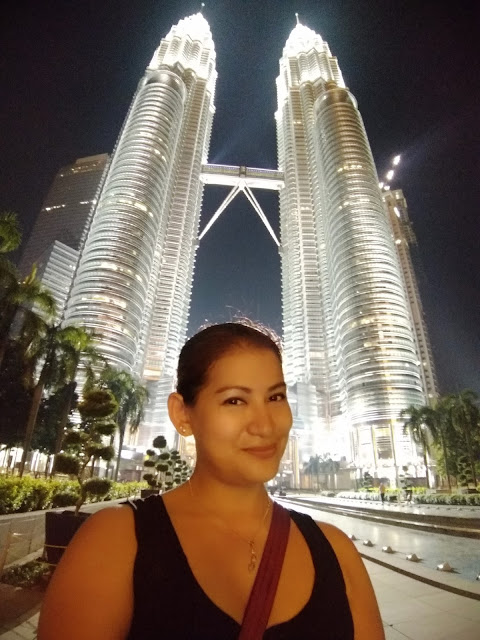 I loved that they took a lot of photos of me and I have so many options to choose from but I would have to say that I am so thankful I had the OPPO F3 Plus wide angle selfie because we finally got the shot we all wanted of the Petronas Tower in the background in all its glory while we took selfies. We also managed a groufie and the photo is just stunning. I am so, so happy.

To end the night, I took a video of us facing the Petronas Twin Tower and it’s so funny that when I was about to show off the Petronas Twin Tower, it turned off its light just in time to be captured on film.  I met wonderful people in Malaysia and though we may not be able to hang out back in Manila, we will always have the fondest memories of Malaysia. Thank you Malaysia. You were truly amazing.
on April 10, 2017
Email ThisBlogThis!Share to TwitterShare to FacebookShare to Pinterest
Labels: Travel & Adventure