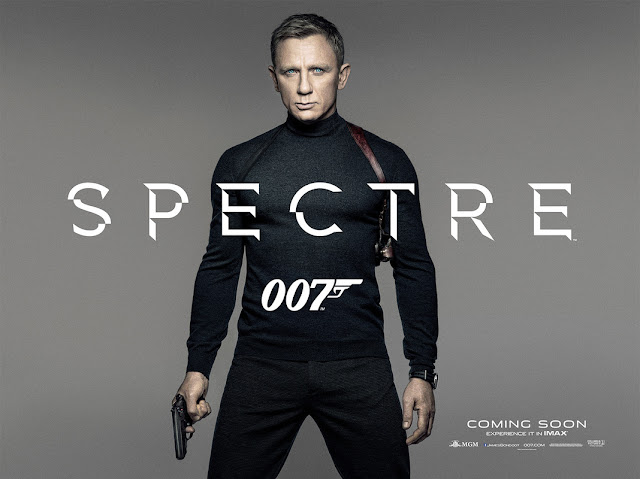 I grew up watching James Bond. My Dad was obsessed with him and he had a lot of the DVDs. I grew up fantasizing about being a Bond girl until I eventually realized that they all died and so I just thought I was okay with being his female sidekick so that I wouldn't die in the movie. Later on, I thought that it would be actually pretty good too if I play the antagonist. So when I heard that there was a new James Bond movie, I was pretty excited about it.

Spectre by definition is a mental image of something unpleasant or menacing, A very appropriate name for the organization which the newest James Bond installment exploits – SPECTRE or “Special Executive for Terrorism, Revenge and Extortion”.

In this movie, 007 discovers a cryptic message from the past which leads him to Mexico City and Rome, where he meets the beautiful widow (Monica Bellucci) of an infamous criminal. After infiltrating a secret meeting, 007 uncovers the existence of the sinister organization SPECTRE. Needing the help of the daughter of an old nemesis, he embarks on a mission to find her.

As Bond ventures toward the heart of SPECTRE, he discovers a chilling connection between himself and the enemy (Christoph Waltz) he seeks.dirty facts of SPECTRE while its leader Franz Oberhauser hunts him down to death.

This James Bond movie is one of the longest amongst the series as it runs approximately 2.5 hours. It also has the oldest James Bond girl to date, Monica Bellucci, who is now 50 years old. This movie really is a must-see for every 007 fanatic.

This year’s most awaited James Bond 007 movie is coming to cinemas this November, and PMCM Events Management and WhenInManila.com together with Resorts World Manila brings you this special movie blocked screening of SPECTRE on November 07, 2015 (Saturday) 5:00pm in Newport World Cinema 3.

You can now reserve your tickets of SPECTRE Movie Block Screening at the Resorts World Manila, November 7, 2015, 5:00 pm, by calling PMCM Events at 5010029 or 09178344978. Don’t miss this opportunity of enjoying this movie with your friends and family.
on October 22, 2015
Email ThisBlogThis!Share to TwitterShare to FacebookShare to Pinterest
Labels: Lifestyle and Events