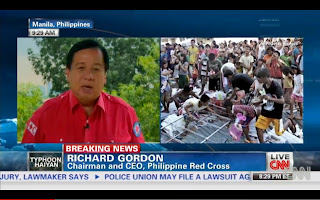 In line with its efforts to reach out to the typhoon victims in the hardest-hit provinces in the Visayas, popular messaging and calling application Viber initiated its #VIBERHELPS campaign to aid affected Filipino families by offering free communication locally and internationally.

Topping this campaign is its Viber Out, a temporary call service allowing Filipino users to make free calls to regular (non-Viber) numbers outside the Philippines. The expanded service was launched last Monday, November 11.

Viber CEO Talmon Marco said, “We are releasing this in an urgent manner due to the local crisis in the Philippines. Viber is the largest messaging provider in the Philippines, and as such we have a duty to our users to help with relief.”

Elated with the good news, Viber users all over the world instantly posted their enthusiastic response in social media. But after some time, they realized that aside from the free international calls, there was an even more pressing need for Filipinos to make free local calls to their loved ones at this time of distress.

Heeding the clamor of its users, Viber initiated a collaborative effort and reached out to all local telecoms. Globe Telecom willingly offered its support. Viber and Globe worked 48 hours straight to enable free calls to Globe mobile numbers. Viber Out is further strengthened by Globe, and the participation of other foreign telco companies (Israel, China, Japan, Austria to name a few) who have also willingly volunteered their free local termination services as part of their mounting support for the typhoon victims.

On-ground, Viber partnered with Ayala Malls, the Philippine Red Cross and the AFP Public Affairs Office (PAO) to create Relief Communication Centers in key cities and the various priority typhoon-stricken areas to provide free mobile use and laptops for typhoon affected families unable to find and communicate with each other. Viber Country Manager Crystal Lee in partnership with Philippine Red Cross Chairman and CEO Richard J. Gordon and Ayala Malls launched “Sagip Tawag Centers” to bridge communication and help over 60,000 families who are unable to contact and communicate with their loved ones locally and abroad.

Within the next few days, relief communication centers (“Sagip Tawag Centers”) will be set-up in (14) Ayala Malls where mobile phones and laptops will be made available to the public to make free international and local Globe mobile calls.  Viber volunteers will also assist affected families and accept donations. Through the AFP-PAO, Viber will also setup in high priority affected areas and provide  100 Viber-ready Mobile phones and online tablets and laptops.

Viber also initiated its own fund-raising concerts, namely: the United Republiq: An Electronic Music Assembly for a Cause dance concert party featuring renowned Swedish DJ Axwell and Nicky Romero on November 21 at the MOA Concert Grounds, and the Soul Brothers concert featuring RnB singers Jay-R and Kris Lawrence on November 22 at the Music Museum.

Free General Admission tickets to the Viber United Republic: Electronic Music Assembly for a Cause dance concert will be given to Viber users who donate in cash and in kind worth over P500 at Ayala Mall Sagip Tawag centers.