8 Shows To Watch on Discovery Plus Philippines

I recently found out about Discovery Plus Philippines when they launched last year. I was initially hesitant to subscribe because I already had other apps but when I saw the initial price they were being offered at, I thought to myself, "why not?" 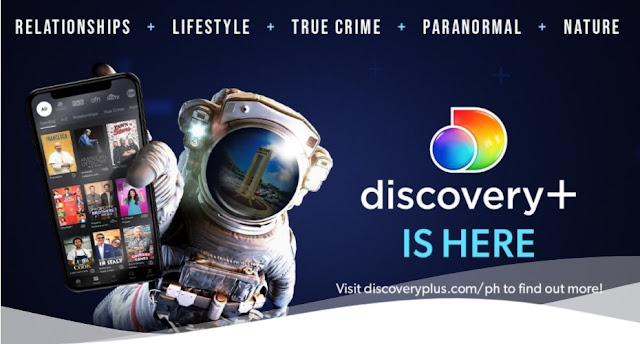 I can now say that Discovery Plus Philippines has become my favorite streaming app. Hands down, I have watched so many shows on it that I finished from episode 1 to the last. So I decided, why not share this discovery with you guys?

Here are 8 shows that I recommend you watch on Discovery Plus Philippines.

For fans of True Crime, there 4 shows will have you hooked.

For fans of the Paranormal, some of these scared me for real enough that I stopped watching and only do so in the morning, no longer in the middle of the night. FOR REAL.

A Ghost Ruined My Life

There are still so many more to watch but for now, these are the shows that I have watched from start to finish. Let me know if you have your own recommendations!

on February 01, 2022
Email ThisBlogThis!Share to TwitterShare to FacebookShare to Pinterest
Labels: Lifestyle and Events