4 Life Lessons from The Apprentice ONE Championship Edition

I was part of the press team in Manila tapped at the very beginning of ONE Championship. I was there during fight nights that had less than a thousand people watching. I saw the growth of ONE Championship and every time I would hear Chatri speak, he was just so consistent with every message he says. 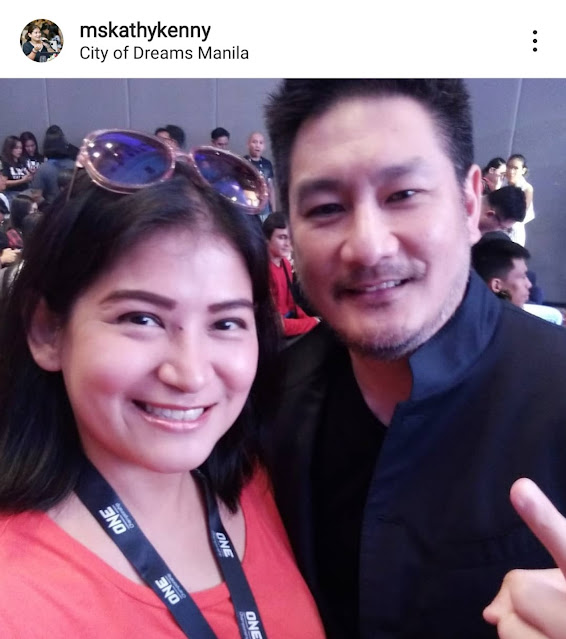 He would always talk about respect. Fighters may be opponents inside the ring or hexagon but outside, there needs to be respect between the fighters and everyone else. He will not tolerate abuse or bad behavior and I believe that this is one of the things that made ONE a world-class brand. 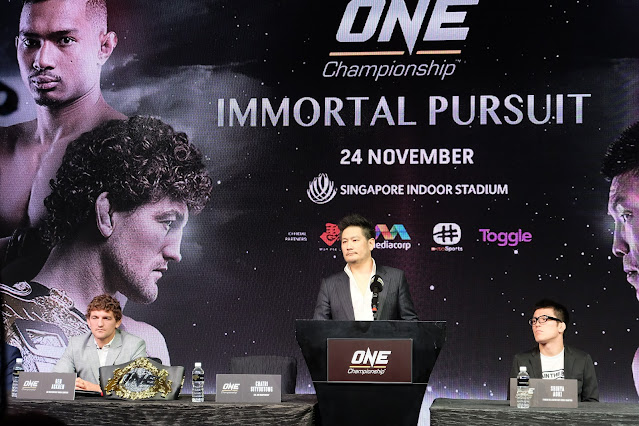 I have been to more than 15 press cons and I have never seen Chatri Sityodtong be rude to anyone. You can tell when he's in a hurry or rushing but he has never been rude to a fan, to a fighter, or to staff. I found this amazing and it made a mark.
When I watched The Apprentice ONE Championship Edition, my admiration grew even more. I kept watching because I felt like I was learning along with the candidates and I was gathering tips that I could apply to my own career because I am a content creator, I do social media, and I also work in digital marketing, PR campaigns, and lead generation.
1. Be a PHD.
One time, I heard my brother's joke that a certain fighter no longer wins in his fights because he already had money. I was intrigued. They explained that when this fighter was still poor, he had a hunger to have a better life, and now that he had it, he lost that hunger and so winning wasn't such a big thing for him anymore.
During the show, Chatri would always ask the candidates why they should be THE ONE. He was always looking for the person who was POOR, HUNGRY, and DETERMINED. I agree with him on this one.
When we have something to strive for, when we still need to improve, acknowledge that we have to improve and get better at life, we are more determined to prove our worth and show that we deserve to have what we want.
When you're a PHD, you are not complacent. You will continue to improve, to have more skillsets, to learn and learn, and to keep reaching for the stars.
2. The most important skill you have are not on your CV.
A lot of people think that when you have a stellar CV, you can do anything and be anything. Case in point: Clinton. This guy was obviously a genius but he was also disruptive. He thought that just because he had all the ideas and he had the creative genius, people should adjust to him and cater to him.
In life, it is your character, your values, your resilience, and your work ethic that will determine if you will succeed. As much as you may have all the talents and skills, if no one wants to work with you and for you, you won't succeed.
No one will help you. No one will back you up. No one will open the doors for you. No one will want to see you succeed.
3. Integrity is everything.
Do the right thing even when no one is looking. When everyone else is playing dirty, remember your values and morals and stick to them. There is no need to allow yourself to be muddied just because everyone around you already is.
Personally, I loved how Louie Sangalang played the entire game. He kept his cool, he remained calm, and he strategized. He had his moments because he's human but overall, he did not allow himself to go low when others did.
4. Choose to be the bonfire, not the match.
Matches are quick to burn. You scratch it once and it lights up immediately. However, it also dies just as quick. Bonfires on the other hand take time. It's a slow burn but once it lights up, it takes hours before the last ebb dies down.
Have you watched The Apprentice ONE Championship edition? Let me know what you think and if you agree with my thoughts.
on February 09, 2022
Email ThisBlogThis!Share to TwitterShare to FacebookShare to Pinterest
Labels: Lifestyle and Events