One Year Anniversary of BrandBuzz Helps

The Brand Buzz Community, led by Miss Clara Alegria, recently celebrated the one-year anniversary of BrandBuzz Helps aka BB Helps. An initiative led by Gie, as she is fondly called, to help frontliners and those in need, one meal at a time. 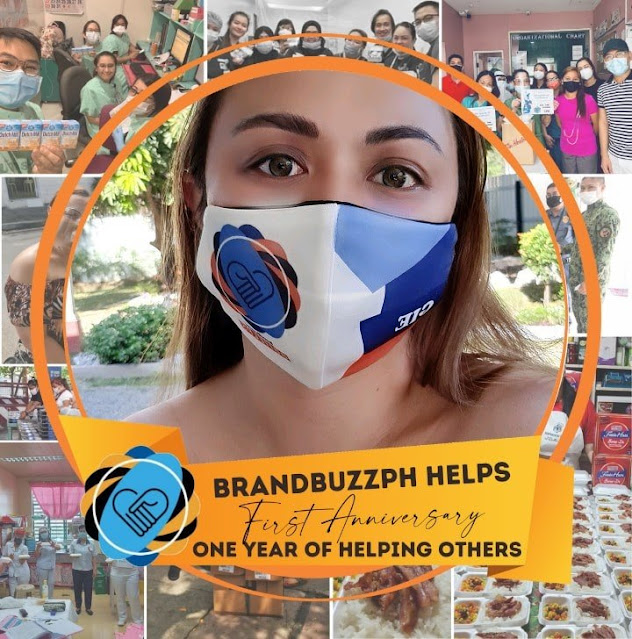 So, how did this come to life?

March 21, 2020, was when it all started. Clara saw a video of an old lady stating that they will die of hunger first before they even die of Covid. This affected her so much that she was not able to sleep for days. She found herself wanting to do something but couldn't think of anything.

She tapped her BrandBuzz Viber group of almost 500 influencers and asked for ideas and from this, BrandBuzz Helps was born. 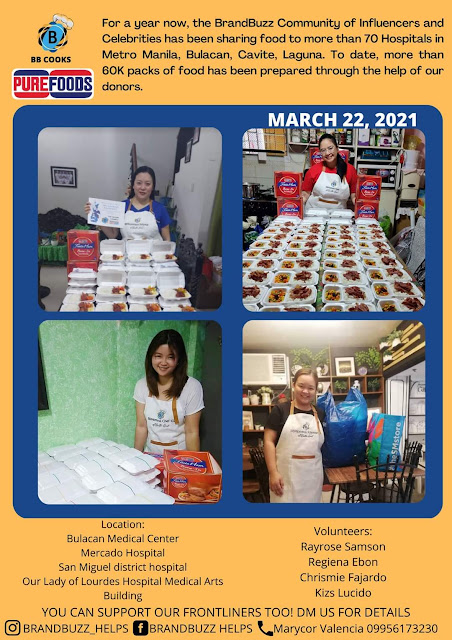 To date, Brandbuzz has fed over 70,000 frontliners in more than 50 hospitals nationwide. They have accumulated more than three million pesos worth of food and cash donation which has been received and shared to people & communities in need. 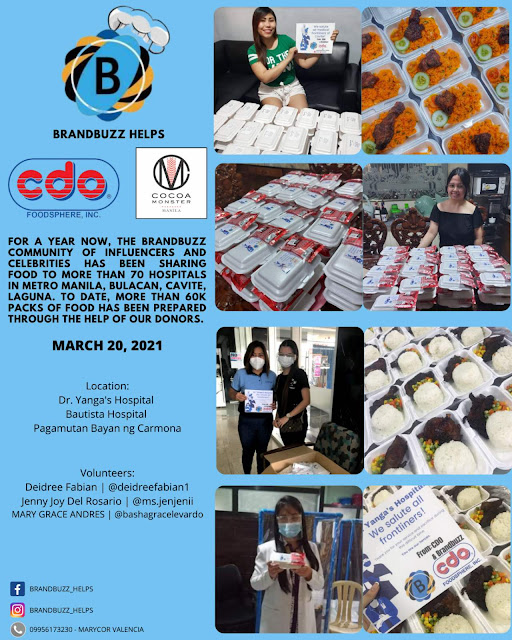 They do not just influence, they affect and change people's lives for the better.

on March 25, 2021
Email ThisBlogThis!Share to TwitterShare to FacebookShare to Pinterest
Labels: Lifestyle and Events