If you are a fan of quinoa, I have good news for you. Meet the Hineleban Adlai, an heirloom grain from Bukidnon that is locally grown and cultivated in the highlands of the Philippines. It is known in the international scene as Job's Tears and is a healthier substitute to rice. In fact, it's also a cheaper option to quinoa but the taste is better. 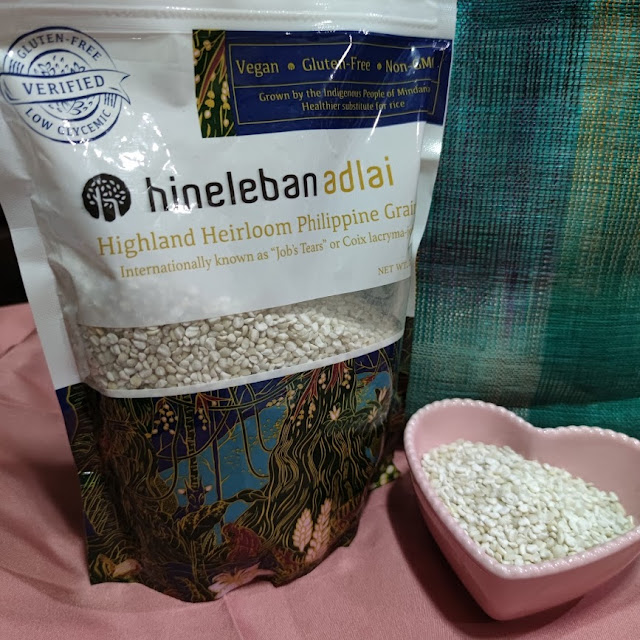 This is how it looks uncooked. It's gluten-free, has low glycemic index, high in protein and fiber, is considered a complex carbohydrate, and boosts the immune system.

We had one kilo to try out and I thought that it was very little. However, my brother used it to cook paella and was actually able to come up with 2 small trays good for 8 persons and he only used half a kilo. I was flabbergasted.

It seems that this Adlai was very misleading. It looks so little but when cooked, it's a lot! Definitely bang for buck. The best part, I only had tapas version of it because we made it into paella but I was so full after.

As you can see, I only had a few of it but I was sooo full. I was actually surprised myself. Apparently, Adlai is very filling. 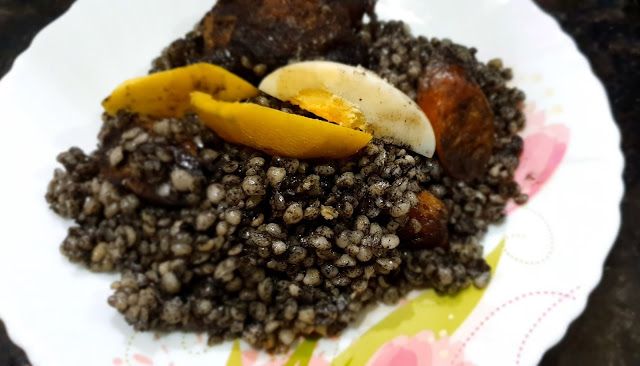 What I love even more about it is that it is grown locally and it's healthy. It can help lower blood sugar and cholesterol without limiting your love of eating rice. When I was having it for dinner, I didn't feel deprived of rice.

This also has high food energy content so you feel fuller much longer so you actually lose weight without losing energy which is something I struggle with when I diet and don't eat rice.

I had this with a little bit of wine so it felt like I was having my own version of tapas night at home. These days, it's important to be able to bring in a bit of the outdoor experiences inside your home and with Adlai, I was able to do just that coz it's so versatile.
It can be eaten as is, or it can be turned into paella just like what we did with it. You also won't feel any guilt because when you eat Hineleban Adlai, you are actually supporting tribal farms and sustainability.
This superfood is definitely good for the heart, the body, and even the wallet. To order, you can go to www.hinelebanstore.com, email them at order@hinelebanstore.com or call them at 09155938073 or 09229220600.
Learn more about their advocacy and how they are helping tribal communities here or follow them hinelebanfarms both on Facebook and Instagram.
on March 03, 2021
Email ThisBlogThis!Share to TwitterShare to FacebookShare to Pinterest
Labels: Food and Drinks