I've been married before but it was a spur of the moment thing. In fact, it was so quick that it took 2 hours from the time I decided to get married to actually being married.

What I didn't know back then was that the reason it was so quick was because it was fake. The judge was fake, the marriage license was nowhere to be found, and it was all a lie.

This time around, at least I know that the guy I am marrying has no present or past wife that I have to be worried about.

However, it's also not as I imagined it to be and it's not even due to COVID or the pandemic. 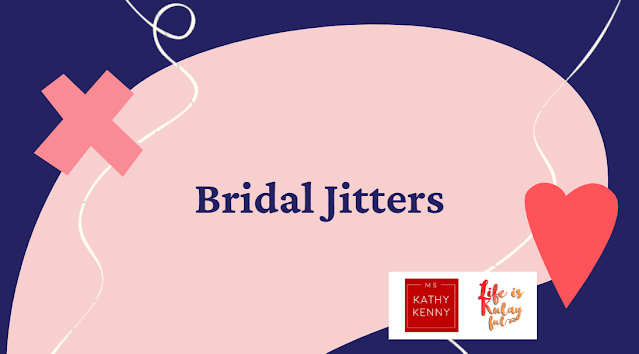 I feel a bit alone. My brother the chef is here but since he's a guy, it's not like he can relate to wedding stuff. My older sister is in Cebu so she can't help as well.

My Mom and younger sister are in the same city but the relationshi is very much strained which leaves me to plan for things on my own. It's maddening.

I'm getting married on the 14th and I don't have any plans. I have a Php200 dress, free shoes from a brand, and that's it. I don't have any idea what makeup I will put on if I will have a bouquet, or whatnot.

No one's really pestering me about my wedding. No one's asked me about details.

I am also deciding that this will be the last time I will be hurt because of them. After I get married, I will focus on my own family and no one else. I will protect my small family from anyone who tries to hurt it and I will block anyone who does not add good to my mental health.

I thought that when I get married for real, my jitters would be about the man that I am marrying but that part is actually the one thing that I am sure about. I guess that's a good thing right?

Whatever happens on the 14th, what matters is that M and I will both be there and we will pledge our love and commitment to each other in the eyes of the law. At the end of the day, that is all that matters.

on January 11, 2021
Email ThisBlogThis!Share to TwitterShare to FacebookShare to Pinterest
Labels: My Thoughts & My Life