1st of Many Scares with Khali

I don't really have anyone to talk to about the scares of being a Mom nowadays. My closest friend right now is single so she can't relate. Other Moms that I know are busy with their lives so I feel like I can't bother them as well.

Earlier, Khali fell off our bed. B was watching him and I stepped out of the room for a minute and 10 steps out I heard a thud and then a cry and my heart stopped.

Before I was able to confirm I felt a pain in my heart so strong that I thought I was having a heart attack. It was one of the scariest moments of my life. I didn't know what I expected to see but I had visions of blood, running to the hospital, and just every possible worst-case scenario.

Thankfully, I was more imaginative and crazy than reality.

Khali fell off the bed and when I got to him, B was already carrying him. He was crying bloody murder because he must have been shocked and he had a red patch on his forehead and nose. My heart broke but I tried to stop being a Mom and first checked for head wounds and any injuries. Thankfully, there was none. 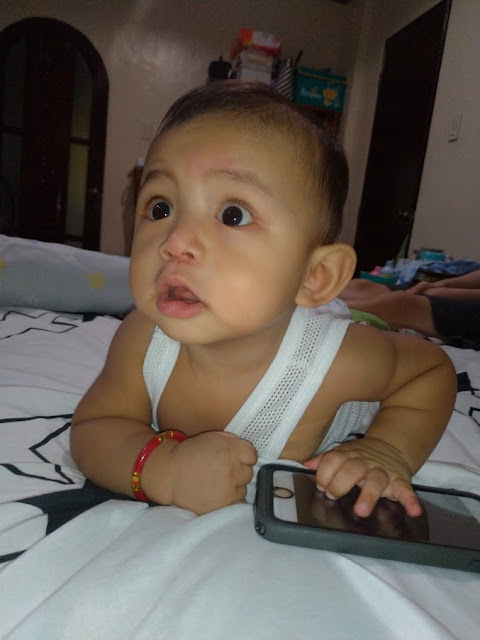 It was bad but thankfully, I got my act together after a few minutes.

M found out later and he handled it well, like really well. Maybe that's the upside of growing up in a normal family where there is nothing but love. He took a deep breath and never raised his voice. He was amazing. I knew he was upset but he handled it really well.

I know that this is just the first of many scares that I will have with Khali because he is just 7 months old. There will be more and I need to prepare for it. Thankfully, today, I learned how to be a better parent from someone who has only been a parent for 7 months.

PS. Khali seems to be doing well. He's moved on from his injuries while his crazy paranoid Mom is still checking if he's breathing 7 hours after the accident. Sigh.

on September 21, 2020
Email ThisBlogThis!Share to TwitterShare to FacebookShare to Pinterest
Labels: My Thoughts & My Life, Parenting