Life on Mars in the eyes of a Child


When I was a kid, I have always wondered what it would be like to live in another planet? When I grew up and I started watching movies where aliens eat people and invade Earth, I lost the curiosity. Blame it on Hollywood but I thought, it's better to just stay on Earth and be the only specie existing. 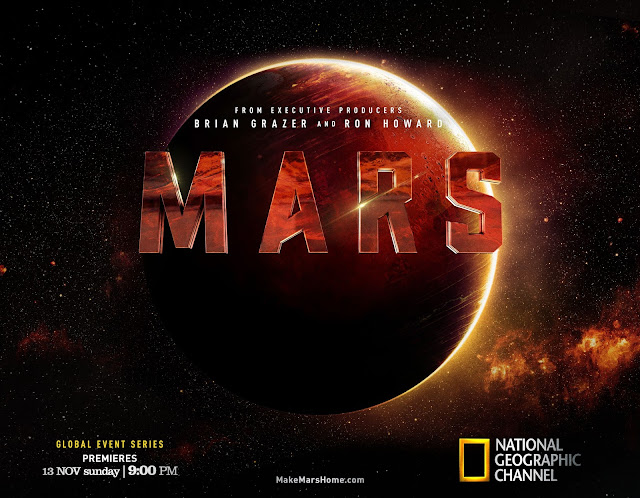 Bridging the space between science and science fiction, MARS tells the story of mankind’s thrilling quest to colonize the Red Planet. This global television event redefines on-air storytelling by combining film-quality scripted drama and visual effects with a powerful documentary interviewing some of the best and brightest minds in modern science and innovation, including Elon Musk.

The scripted portion of MARS follows a crew of six fictitious astronauts in the year 2033 as they travel to Mars aboard the spacecraft Daedalus – Earth’s first-ever crewed mission to the Red Planet. When the uniquely qualified Daedalus crew arrive on Mars, they explore astounding wonders and grapple with unexpected challenges as they work to set up humanity’s first colony on the Distant Planet.

MARS also showcases an unprecedented collection of interviews with the world’s leading scientific minds. As the fictional story of the Daedalus crew unfolds, television audiences will hear real interviews with some of the most fascinating people on Earth, including astrophysicist Neil deGrasse Tyson; business magnate and inventor Elon Musk; Andy Weir, author of The Martian (adapted into an Oscar-nominated film starring Matt Damon);  and former NASA astronauts Charles Bolden, John Grunsfeld and James Lovell.

Due to my fascination, I started to wonder if my son would actually be interested in living on Mars and coz we had time, I decided to do a vlog of him and his answers. It was actually very interesting hearing the thoughts of an 11 year old child about life on MARS.

National Geographic asks “Are You Ready” for life on Mars?

For those who would like to see the teaser and for more information:


For those who would like to experience MARS because who wouldn't? Drop by here to know more details.
Lifestyle and Events