MsKat Tries to Cook, A Series

Since I have just started learning how to cook, I thought of documenting my journey. I have been watching a lot of HamiMommy, HoneyJubu, and KitchenStory lately. They have inspired me to cook because they produce simple meals that seem doable in my head.

There's also a new channel that I discovered that I'm excited to view but haven't really had too much time and it's called W Table. If there are Filipino counterparts that are just as relaxing to watch and aesthetically pleasing, please comment the channels down below.

So far, it's been working out and so I'm really excited to continue the cooking attempts that I have made which have been 90% successful so far. 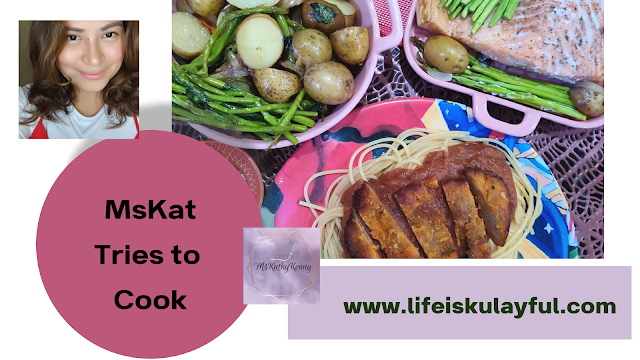 So, I started with pasta. Sadly, I only have one photo because I wasn't confident yet about the pasta that I was making. This was a creamy cheese carbonara with pork cutlets.

Confession: I thought the pork cutlets I bought were bacon but apparently I was mistaken. Luckily, it still came off well. 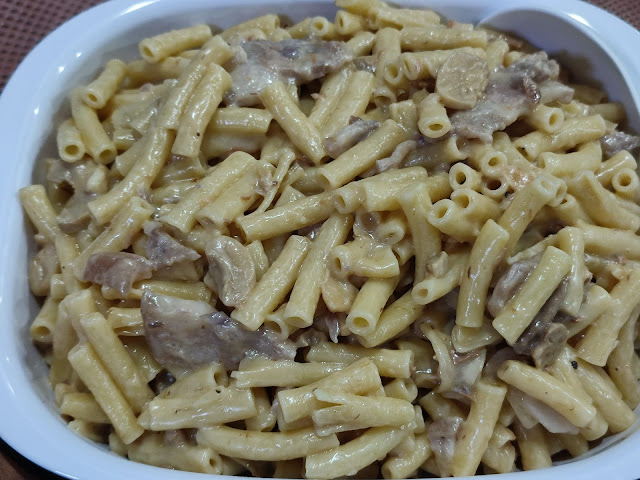 I also learned to cook steamed fish. I started with steamed tilapia (milkfish) because it was cheaper and I figured that if I botch it, it wouldn't be as painful in comparison to steamed LapuLapu. Thankfully, I succeeded on both counts. 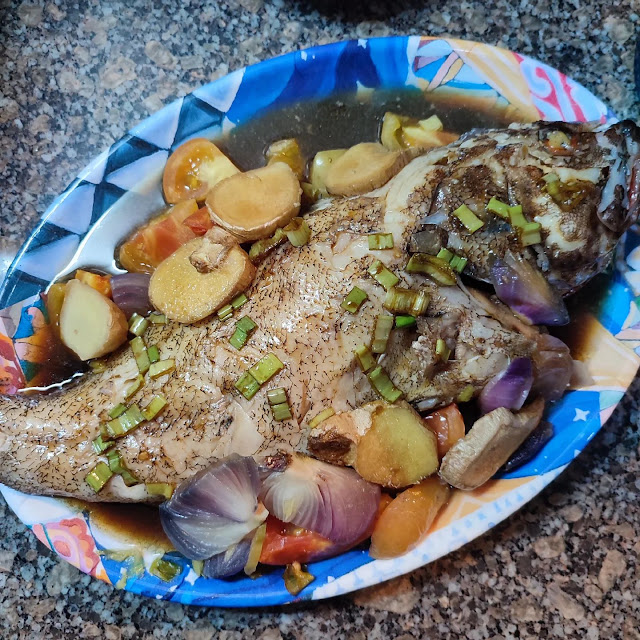 I have also learned to level up my steamed eggs, tamago, and hotpot. 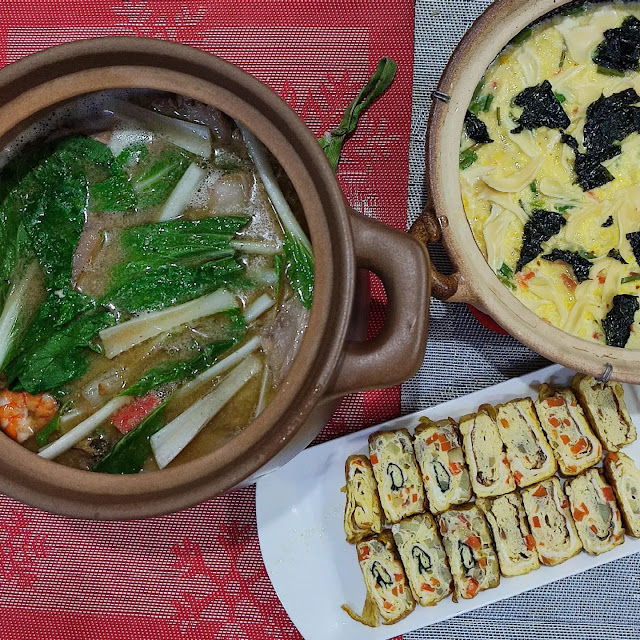 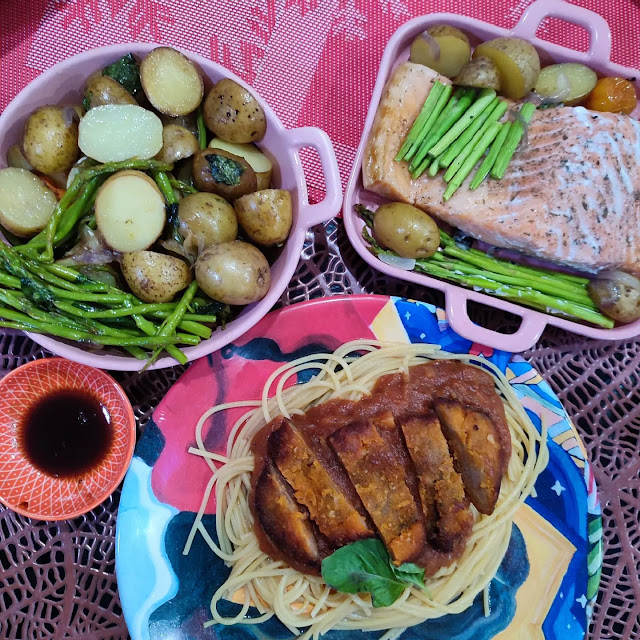 I've also been able to make Laing Pasta which was easy peasy because I used a canned laing. Hahaha. 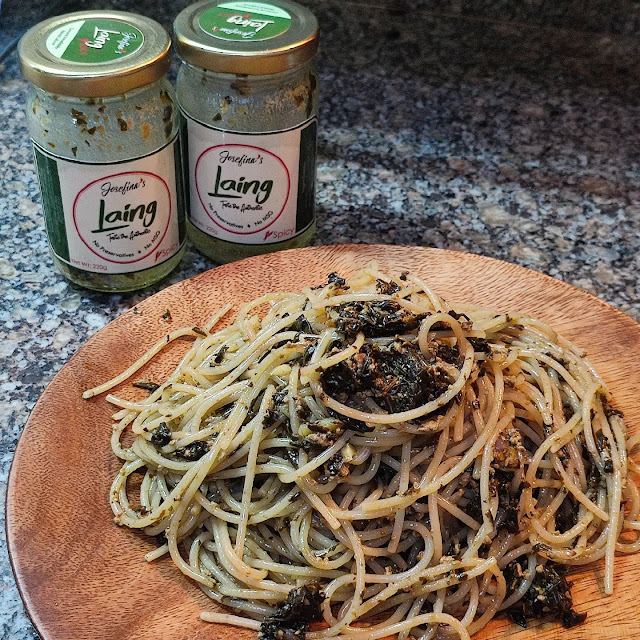 Lastly, I made 4 variants of an egg sandwich. My husband loves anything with egg and cheese so I'm still trying to find the perfect egg sandwich for him. Haha. 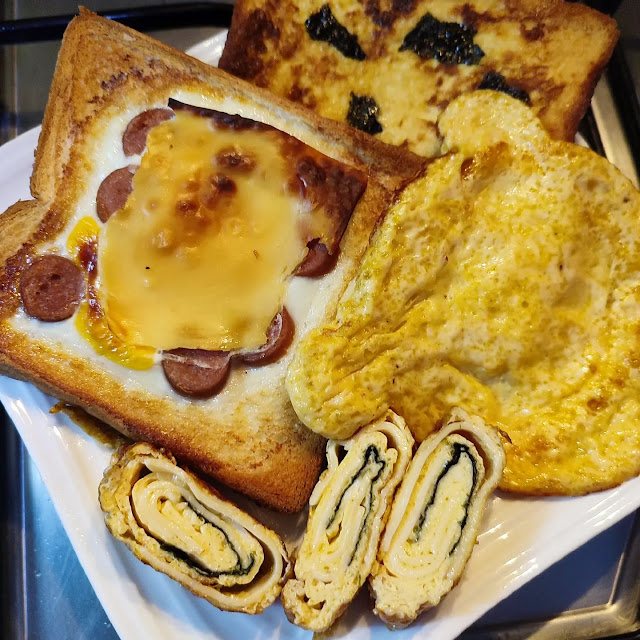 A few things that I would like to share with those who are new to cooking like me.
1. Clean up soon as you can. Don't leave a mess and pray that it will magically disappear. I have a big trash can near me and I throw what I need to soon as I can so that I won't have a big pile of clean-up right after.
2. This may not work for some but for me, I wash what needs to be washed in between cooking. Sometimes, you need to leave things to boil and so I would wash the dishes or containers that I've used to maximize time and again, to just cut down on clean up AFTER the cooking.
3. It is ideal to have everything ready before you start cooking. Cut what needs to be cut, place them in water if needed, and just lay out everything if possible so that you won't be a chicken running around without its head.
4. Always have the basics in excess. Salt, pepper, oil, vinegar, soy sauce, and fish sauce.
5. Never cook when you're in a bad mood. It really does have a negative effect on whatever you're cooking.
I still have a long way to go but I'm excited for this cooking journey. Cheers to more of MsKat tries to cook.

on June 09, 2022
Email ThisBlogThis!Share to TwitterShare to FacebookShare to Pinterest
Labels: Food and Drinks