My first memory of him was inside an airplane. There I was seated and trying very hard to juggle my small bag, my backpack, and my neck pillow while trying to find my headphone and place my laptop within easy reach and then I felt eyes on me. I looked up and saw a tall guy looking at me and he smiled shyly.

He reminded me of a basset hound and I mean this as a compliment. He has droopy, sad eyes that lit up when he smiled. I didn't think anything of it and simply smiled back. I figured he was part of the Manila Media group headed out to Singapore and I'll eventually get to meet him during the press conference.

When the plane landed, I was one of the very first to head out. I realized soon as I stepped out of the plane though that I did not know where we would be picked up and who to look for so I waited for that guy who smiled at me. Upon seeing him, I asked if he was part of the media group and he said he was so I introduced myself. There, in the middle of the tube that connected the plane to the airport, I met Mark

When I remember how our first conversation went,  I cringe. I cringe because I asked him to take photos of me inside the airport and I even told him the angle and frame and what not, not realizing that he is a professional photographer. Eeeepp! Thankfully, he was a gentleman and never said a word. He just took the photos and was very accommodating.

Second day in Singapore found us going out to take photos. I wanted to have cafe shots and he volunteered to go with me. I thought to myself that perhaps, he was just bored and didn't have anything else to do. Boy was I wrong.

He was so patient. Seriously. He took so many awesome shots of me. 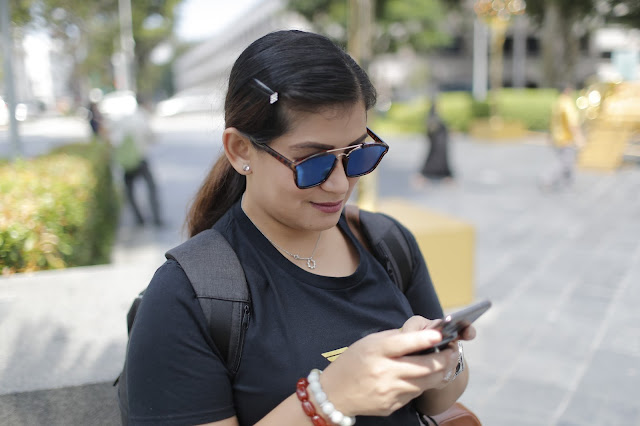 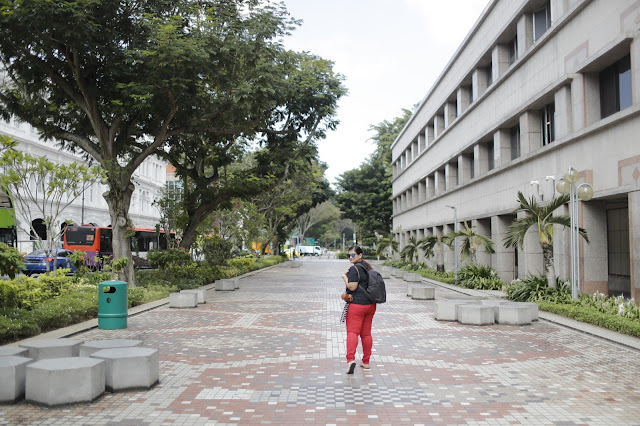 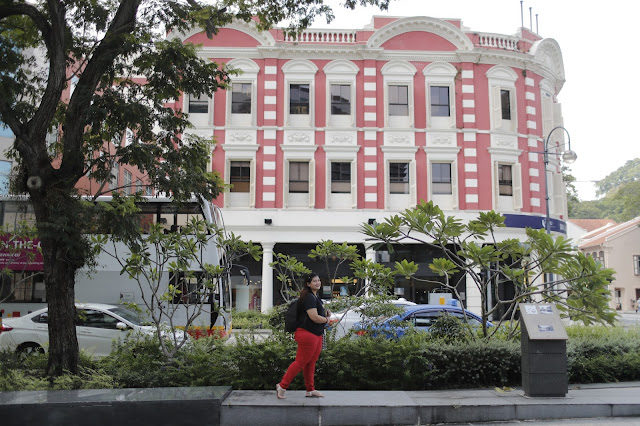 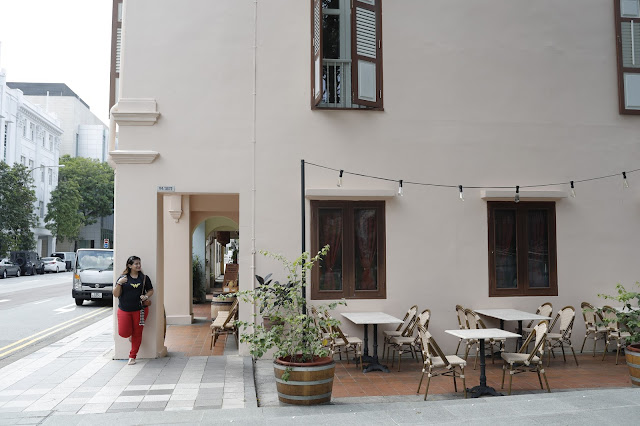 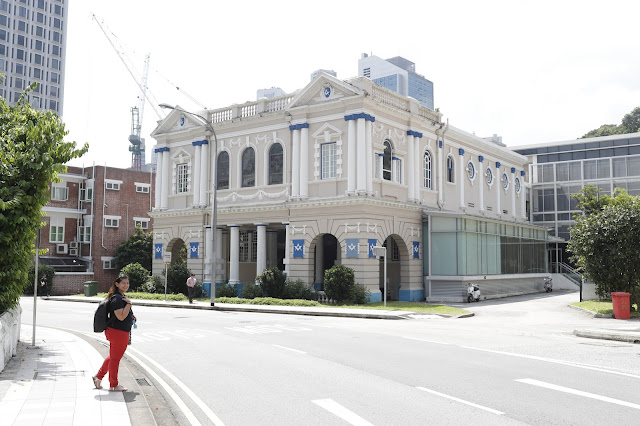 As you can see, I finally have an IG boyfriend.

Throughout our time in Singapore, he was just always around ready to snap a photo, carry my stuff, help me get a spot during the presscon where international media proved how small I am indeed in terms of height, and ready to treat me whenever I am hangry. 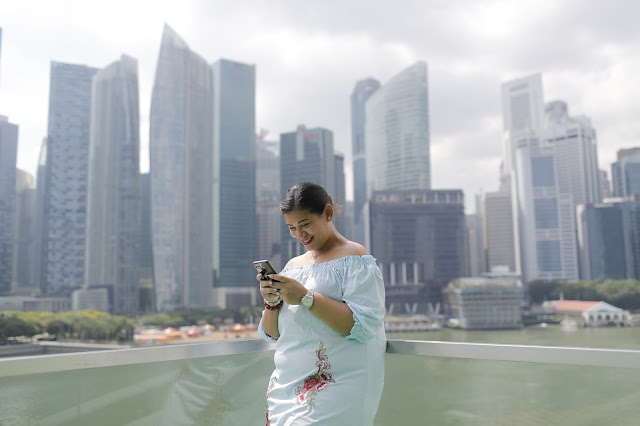 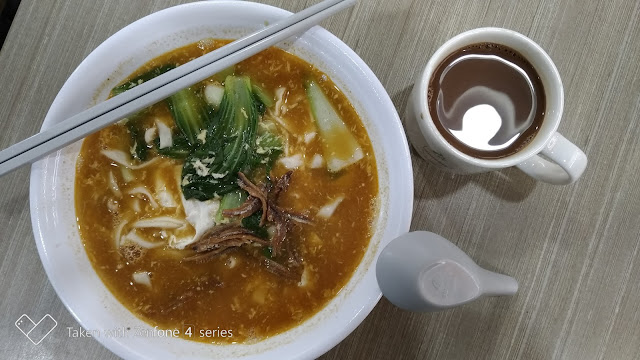 I thought that it was just a Singapore thing. Perhaps, when we land in Manila, we wouldn't talk anymore. Apparently, I am severely mistaken.

The moment we landed at NAIA Terminal 3 and until today, as I am writing this, he has been a constant in my life. In fact, we arrived on a Saturday and he was here at my turf on a Sunday. I marvel at this because he lives in Cainta and I live in Las Pinas. We literally have 4 cities between us and he doesn't mind.

It took him 2.5 hours of travel time without traffic to get to my place. 2.5 HOURS. *mind blown*

It has been almost 2 weeks since we came back from Singapore and he has already met my Mom and told her of his intentions. That sounded so old fashioned but at the same time, it feels so good to say that. It has been 17 years since someone actually courted me and the effort he is making has been pretty impressive.

We're only at that stage where we are still getting to know each other but I like that he makes time to visit me at home, pick me up from work to take me home and spend a bit of time with my family, as well as meet my friends. He adjusts to how crazy and fluffy my life is compared to his very serious line of work and he calls my work the light in the darkness that is his job.

I still don't know where this is going coz I wanna be careful this time around. I've had more than my fair share of heartaches and so I have learned to guard my heart pretty well. After all, the last guy who got a piece of my heart had me getting over him in less than a month.

This time around, I wanna see first if he remains consistent and if he can win over my family, especially my Mom and my son. If he does, then he gets a bigger chance of winning my heart coz my heart is my family and if my family approves, then I know that I will be in good hands. 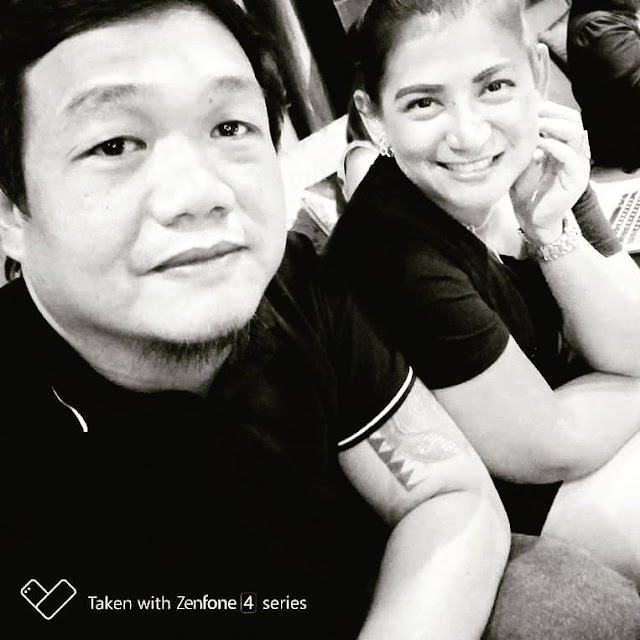 on December 07, 2017
Email ThisBlogThis!Share to TwitterShare to FacebookShare to Pinterest
Labels: Relationships