Sometimes, fate can really be cruel.

The original plan was for D and I to recreate epic eats but our visit to Shangri La derailed it when we were served a huge bowl of Laksa. D ended up eating 4 bowls of laksa and couldn't eat any more. Since it was a rollercoaster ride the last 5 days, he just wanted to sleep and I took it as my chance to catch up on work.

D went to bed and I went to Nook. On my way, a friend of mine encouraged me to meet a local and I thought, why not? It was my last night in this country and what better way to cap the trip than by having a conversation with a local over teh tarik?

So I went online and chanced upon a guy whom we shall call N. We started talking and eventually ended up agreeing to having coffee. However, he would come 2 hours later which was actually perfect coz as mentioned, I wanted to work and enjoy my Chai Tea Latte. 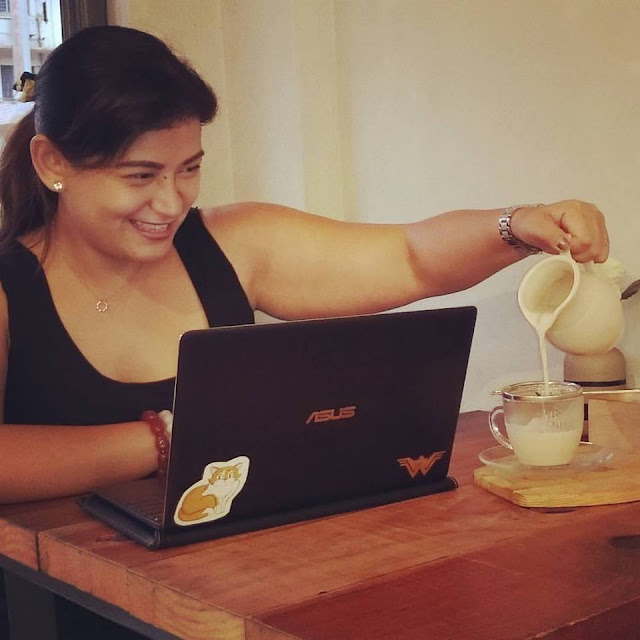 So there I was 2 hours into writing and updating things when I realized there was a guy standing across where I was seated. I looked up, saw he had a huge smile on his face, and I couldn't help but smile back. However, he seemed familiar which finally jolted me out of whatever work trance I was in and I realized it was N, in the flesh, right across where I was.

Apparently, instead of picking me up as agreed on, he decided to come inside Nook Cafe and have a little chat. I actually appreciated this move because it helped me be more at ease with him. It also gave me enough time to gauge if he was a serial killer or not.

After an hour or so, we went and had dinner at D'Place Kota Kinabalu and this was the first thing that I saw. 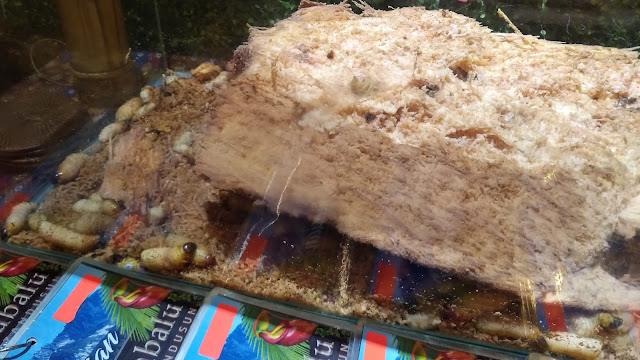 Eeeekkk! They have live silkworms. Yes, the gooey juicy kind which was really disgusting. I mean they looked kinda cute but really disgusting if you were to eat them. Come on, they're so fat and they would most likely squirm. Thankfully, we did not have them for dinner so these silkworms were all very much alive when I left KK.

Afterwards, I really thought he was going to bring me home but lo and behold, he took me to The Observatory to see the entire KK from a bird's eye pov. 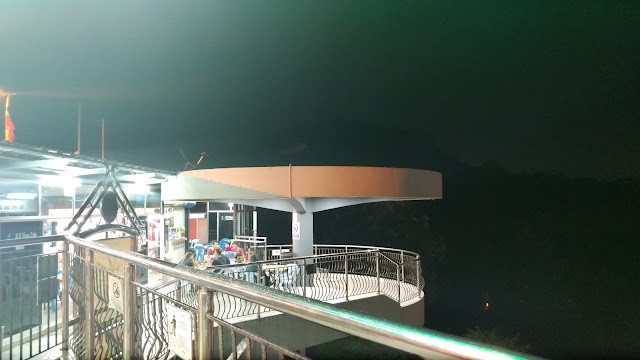 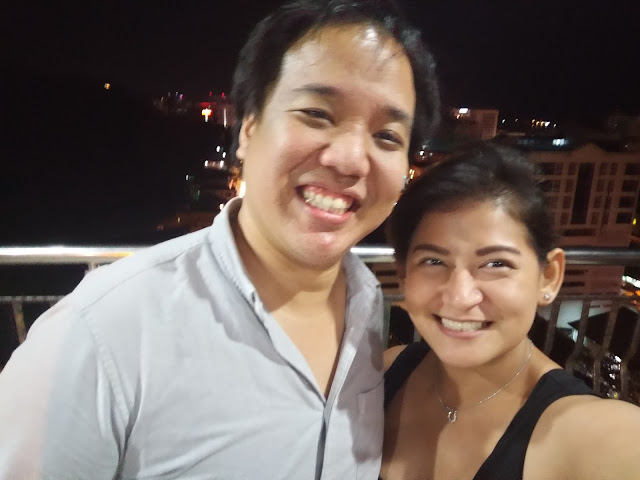 N laughs a lot. It was a welcome change. He seemed so open and so welcoming of the world. He laughed at the littlest things and he just had a constant smile on his face. It didn't hurt that his accent was also cute and endearing.

I enjoyed telling him about myself, my life, my work, and my struggles. He seemed interested, like real actual interest. I felt myself opening up perhaps because I thought, this one's just like the movies. We meet, we click, we have a moment, and then we part ways and never see each other again.

Come on, this night had the hallmark of being just that. I was flying back home and he lives in KK. I thought to myself: "just enjoy the night and go with the flow." So I did.

We went to the beach afterwards. It seems in KK, you can literally get to the beach in 10 minutes and you are allowed to be on the beach and just walk even at 11pm. In fact, there's still a market semi-open for those who go in at this late an hour.

So we did. Earlier, it was a Before Sunrise moment, and now it was a famous scene in romantic flicks where two people just walk on the beach at night and talk. 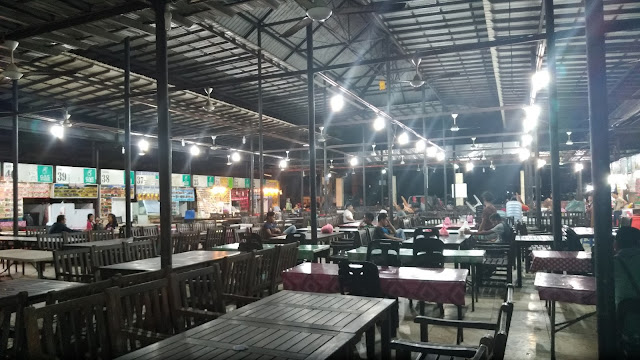 And talk we did. We talked and laughed, laughed and talked. It was easy. There was hardly any effort to keep the conversation going. He was just light. There was no need to gauge his moods. I could just chatter on and be okay. I didn't have to be careful what I say.

Afterwards, he took me a hidden spot where we can watch planes come and go. Again, another surreal situation that just happens in the movies. I gotta say that this guy just knew where to take the ladies. I was impressed. 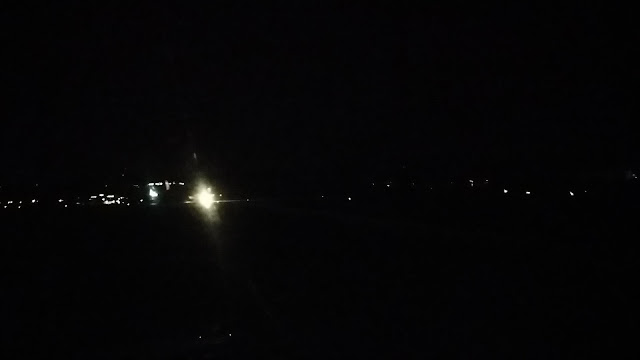 Finally, the night ended. Did I want it to end? No but it had to. It was perfect the way it was and in my head, it had to end there.

N had other plans.

The next day, he actually woke early enough to fetch D and I, have breakfast, and take us to the airport. Effort much? 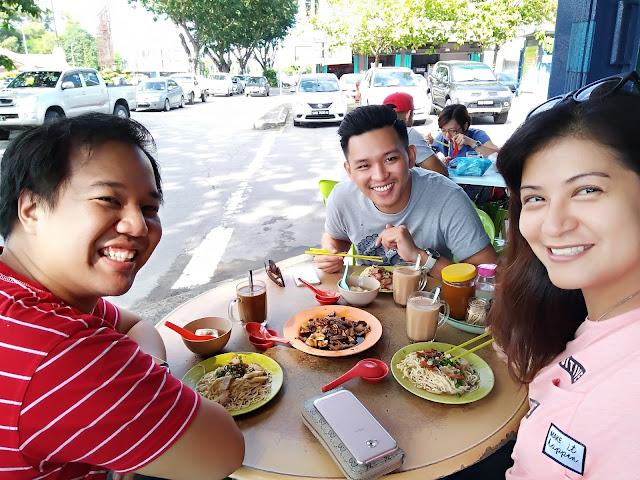 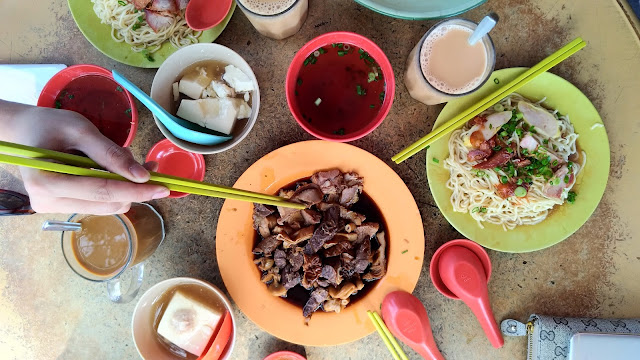 This is the story of N, a guy I met on my last night in Kota Kinabalu. For now, I will treat him like a fond memory of a night where I was reminded what it felt like to be wooed, dined, and wined so to speak. He reminded me that romantic scenes in movies existed for a reason; that they are based on real life events. He also reminded me that heartbreaking songs existed for a reason: that you could meet a great guy then move thousands of miles away the very next day.

Sometimes, fate can really be cruel.