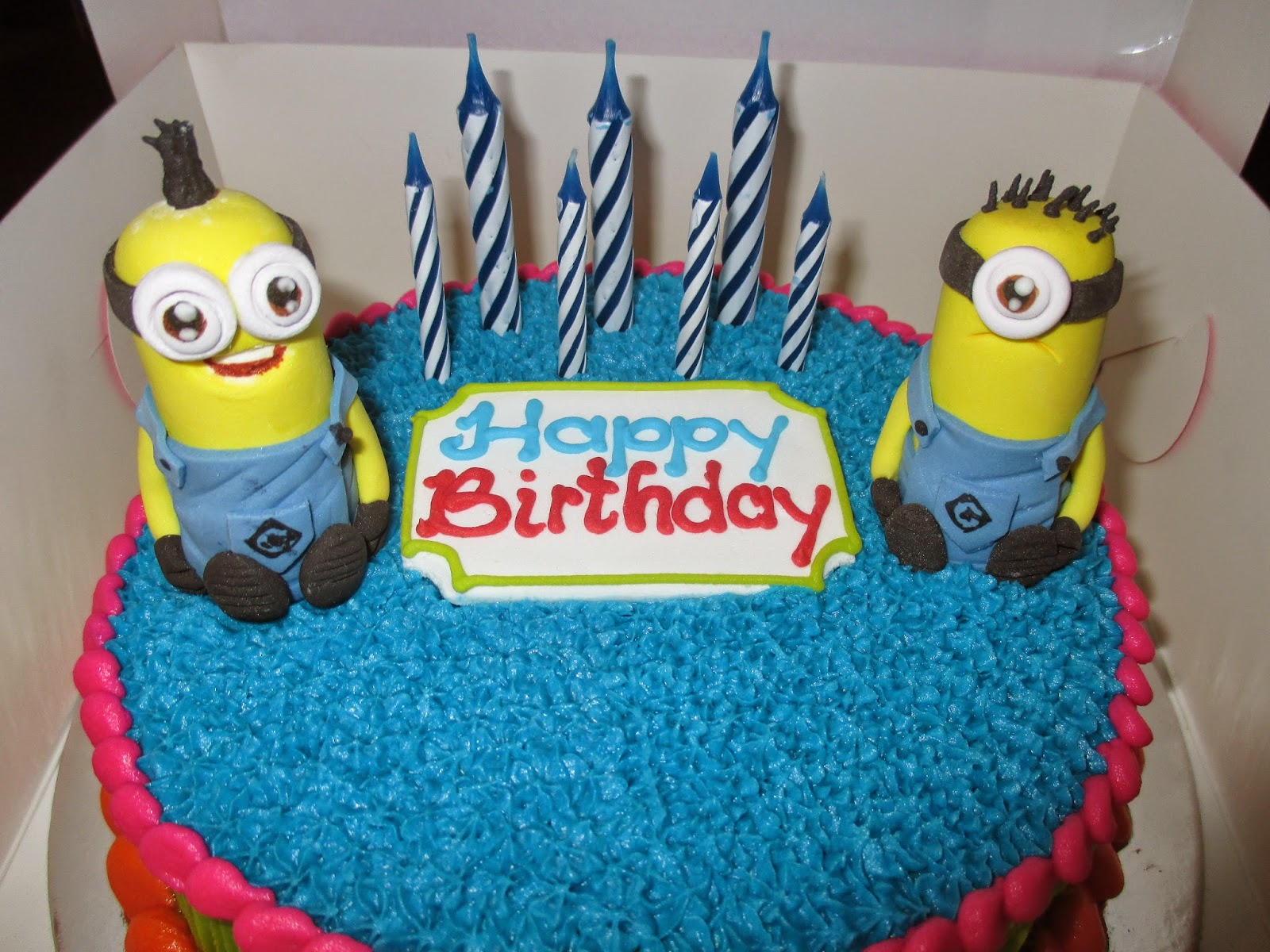 I made his birthday pretty special. I really wanted it to be because in a way, I know that this will be the only birthday of his that we will spend together. I guess I wanted to leave a good memory. I want him to remember his 34th birthday with a smile and I guess I did base on the messages he sent me. 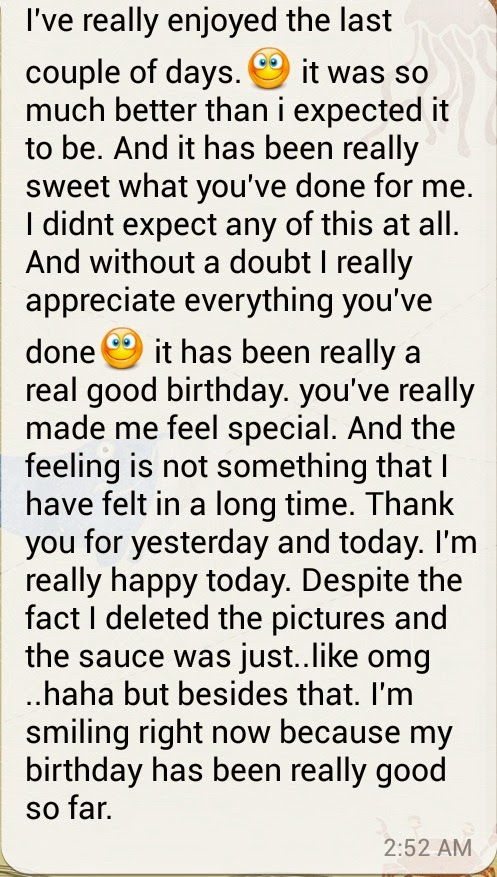 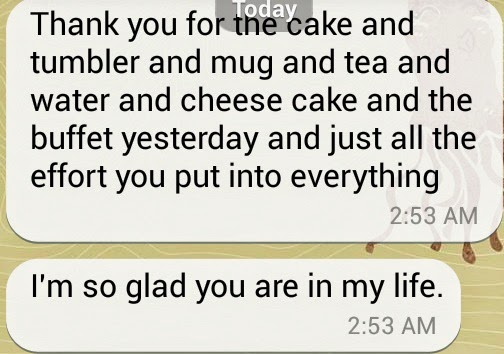 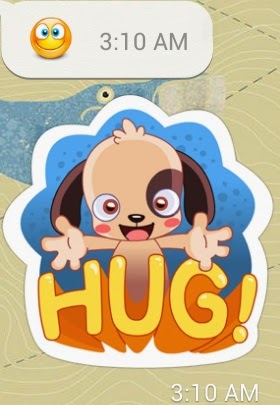 I'm glad I accomplished my mission of making his birthday a good one but at the same time, reading this messages, I feel very sad because I know that from this point onwards, he and I would have to drift apart and move on with our lives, away from each other.

He doesn't know this. I didn't tell him. What I just told him was that I was giving up on him, that I accept that he does not feel the same way towards me. I didn't tell him the details anymore because its not like it matters.

He didn't even acknowledge it. It was like that statement flew over his head like a cockatoo taking flight. I don't think anyone has ever really seen one take flight so it was like it never happened.

He also doesn't read my blog so its pretty safe to write about him and all that I feel. Right now, I feel so depressed and I really wanna talk to him but he's with someone on a date and because I'm an awesome friend, I said that I wouldn't bother him. He didn't even say anything to that. Seenzoned.

He's with some girl right now and I feel jealous. I shouldn't. I have no right. I have absolutely no right but I can't help the way that I feel. I want to but I know that as long as he remains a constant in my life, I wouldn't be able to fix this problem that I have of feeling a certain way about him. I'm stupid that way. 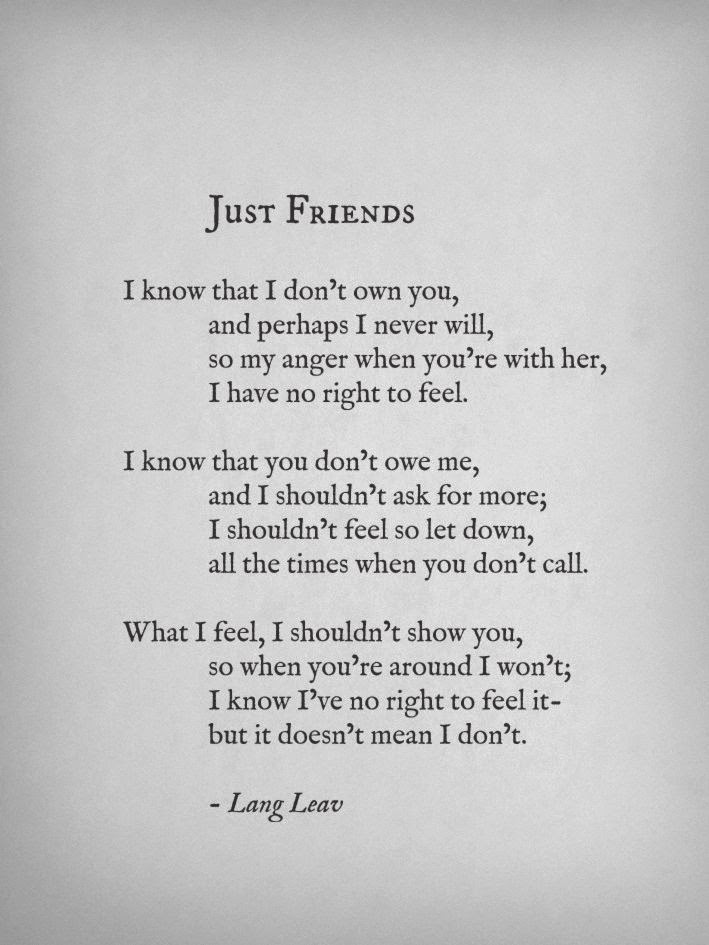 The other times I pushed him away and he got so mad, I was also jealous. He doesn't know that as well. I never told him. I don't know if I ever will.

Friends who know about how I feel for him has told me that I need to stay away. It's the only way I'd heal and move on. I thought I could be a friend and kill the feelings. The fact that I just shed tears at the thought of him with a girl is proof that I am wrong.

So twerp, I hope that I really did make your birthday special. Its the best memory I can give you. For now, I need to heal and I can't do that with you around. It's a good thing its the Holidays and you'll be very busy with your friends and family. I'm pretty sure you won't remember me.  It's also a good thing that you don't read my posts. Since you're quite dense, I know that when I always tell you I'm busy with work, you won't think anything of it.

After all, its not like I matter that way right? I don't and I never will. 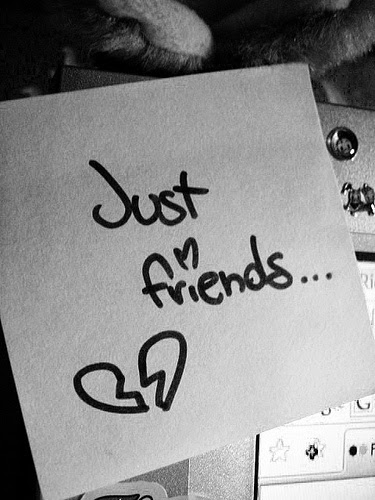 on December 22, 2014
Email ThisBlogThis!Share to TwitterShare to FacebookShare to Pinterest
Labels: Relationships