Every single one of us has at point or another fallen for someone broken. We can't help it. We believe that we can sort them out and make them whole when in reality, only they themselves can do it.

You cannot fix someone who doesn't want to be fixed.

I met him and I noticed that he was very protective of himself. He wasn't touchy and he pretty much kept to himself. I wondered to myself, "what happened to you? Why are you so scared to let people in?"

I forgot one thing though. I forgot to ask him if he wanted me to be that girl ... and he didn't. 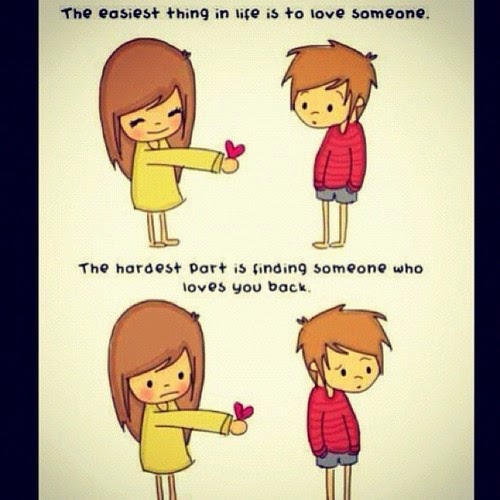 I told him that I think I was falling in love with him and he said that he will always be in my life forever, as a friend. 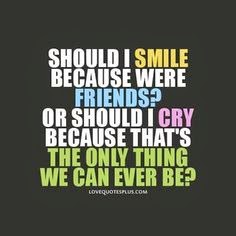 He's an awesome guy. He's smart and funny. He has ambition and he says what is on his mind. He calls things as it is. I like that about him. I also like how vulnerable he is and I guess that's what made me fall.

However, its not me he wants. 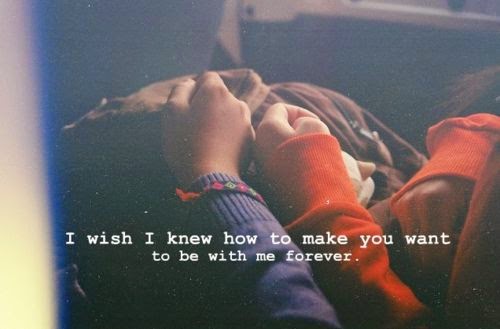 I cried over this. I got jealous of the girl he liked and I hated that he lets himself be played and used simply because he finds her attractive and like her. He says he can't control how he feels and I get that. It's just the same way that I can't seem to control how I feel.

Still, I believe that you can. Right now, I'm slowly disassociating myself from him. Sometimes I fail and sometimes I succeed.

I want to keep him as a friend. He's definitely a keeper but I also know that I need to distance myself a little bit from him so that I can put him back in the friendzone. Right now, he is more than that but I need to realize and accept that friends is all we'd ever be.

Truth be told, FM and I have better chances of getting back together and that's nearly impossible than this guy and I of getting together ever will.

So there ... I wanted to fix him badly and make him feel what its like to be loved and accepted for what he really is. I wanted to show him that you can be in a relationship with someone who will not cheat on you, support you in everything, and simply love you for you, flaws and all. I wanted to remind him that relationships are good and that to be in love with someone who is equally in love with you and want whats best for you is the best feeling in this world.

But he doesn't want me and I just have to accept that. 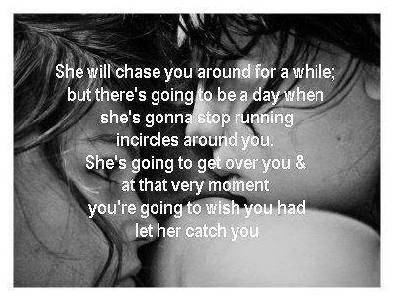 on December 14, 2014
Email ThisBlogThis!Share to TwitterShare to FacebookShare to Pinterest
Labels: Relationships