1st official trip to the mall 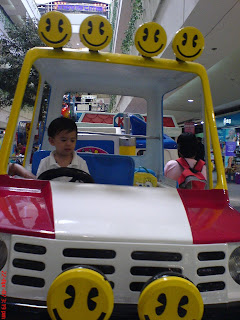 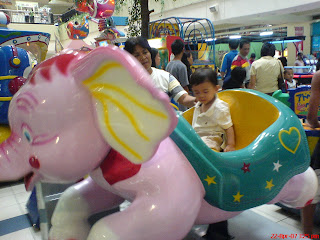 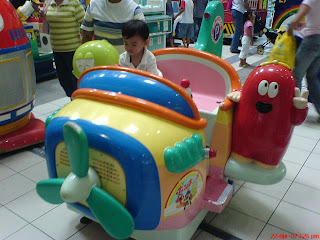 Here are pictures of my tornado in one of the rides he tried out on our first official trip to the mall as a family. It was very hot yesterday so hubby decided to go to the mall to freshen up. Hubby went on his way upon getting there while the Nanny and I brought the tornado to the rides area. He had so much fun and was never scared eventhough it was his first time to go on the kiddie rides.

We also went to Toy Kingdom where we chose a bike for the tornado that he will be getting for his birthday. Afterwards, we had halo halo and it felt heavenly. How was your weekend?
on April 23, 2007
Email ThisBlogThis!Share to TwitterShare to FacebookShare to Pinterest
Labels: Family and Friends