Basics of a KDrama Fangirl/Fanboy

Movies, series, dance groups, song groups, books, and even events–name it, there’s undoubtedly a fan of something. Since early 2000, Korean Dramas, more fondly known as KDramas, have been sweeping the country by storm. The fans inevitably got pulled in on different genres and the plethora of dramas that flooded the screens. Read on to know more about the makings of a KDrama fangirl or fanboy. You may not know it, but you may already be a fan.

Showing support for their favorite KDrama in the most creative way imaginable.

Some fan bases have their own organized fan meets, where the enthusiasts get a hand at how they express their never-ending support for the shows they love. Some are even updated as far as the latest news about entertainment in the Philippines is concerned.

One way to show their solidarity towards their bias is through the creation of banners or posters. In this way, they can quickly unleash their creativity and go wild, as far as their imaginations are concerned. They may even create a collage of the celebrities’ images and include the title of the show in bold and colorful lettering. 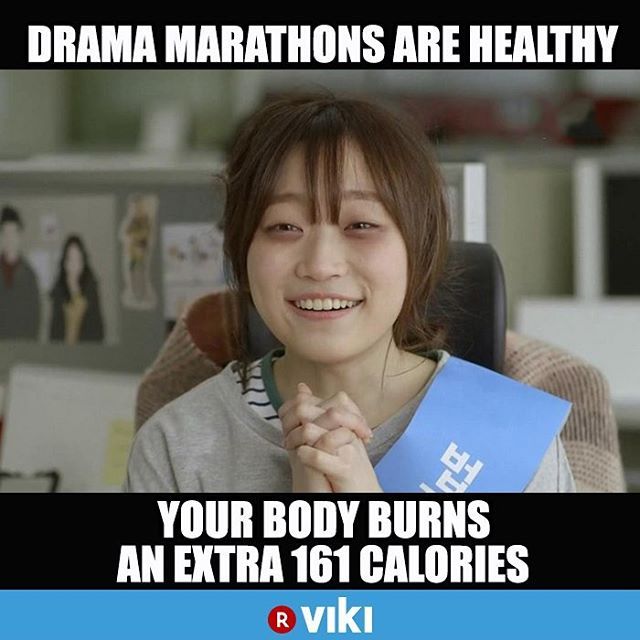 Another way to show their support is by cosplaying or dressing up as their favorite character in a particular KDrama. While this may not be an everyday activity in some fan meets, it can be exciting to do during gatherings, such as Christmas parties and Halloween celebrations. Some companies even adapted this and organized contests as a way for employees to bond together.

Getting a hold of all the feels.

There are a lot of KDramas that has already captivated our hearts. May these are because of their premise, plot, and plot twists. Or, you’re sure to get hooked on the movie or series you’re watching.

In some instances, fans watch the show just because their favorite celebrities are there. As for the quality of the shows, there have been mixed reviews. But those shows with their favorite stars and endowed with a great storyline are a sure hit. And it just takes the mere word of mouth to get the message across all the different fandoms and annexes.

It may seem that KDrama fans can’t get enough of the addicting shows and the cute couples, awesome dudes, and great concepts, but they sure know how to restrict themselves when setting boundaries–or not!

Case in point: Once they start watching a series, they can’t seem to stop for some reason. You can’t exactly blame them when the plot gets more exciting and more characters to get more involved in the building tension.

Collaborating with other fans with the same bias.

It can be as simple as having small talk with your officemate and eventually discovering that they also have the same interests as you–may that be the Oppa, the show, or even the genre, it doesn’t even matter.

Learning the basic (and even the most complicated of) Korean vocab.

Most of the KDrama fans are good readers, with their flair for going through the fast subtitles to prove this point. As such, it’s common to pick up some Korean words and phrases, know the translation based on the subtitles below the screen, and use them in daily conversations, especially if the fanboy or fangirl is a member of at least one fandom.

Here are some of the words/phrases that you may come across should you decide to watch a show or two:

Deok-ming out: Basically a phrase that tells other people that you have begun to be a fangirl or fanboy.

Kyeopta: This means that someone or something is cute or pretty. Your favorite KDrama characters, for example.

Fan-ssa: More of a term adapted into the Korean slang that refers to fan signs.

Choi-ae: Your bias (may it be a girl group, KDrama character, or anything else).

Cha-ae: Your bias wrecker or someone who makes you think twice about having your bias in the first place. Some KDrama fans use this term to refer to their second favorite.

Adopting the antics and culture.

Even some cutesy gestures will not go unnoticed as the KDrama fans can’t get enough of these simple hand or head movements that make the celebrities and their characters all the most adorable to their fans.

For example, flashing some finger hearts, whether that would be online or through face-to-face interactions, is one of the most common gestures that KDrama fans practice regularly.

Like Filipinos, Koreans seem very much into drinking and dining out with other people from their circle. It seems to be a bonding activity for them as well–at least, that’s what a lot of KDrama shows managed to show us.

The numerous scenes that portray eating out or even sharing home-cooked meals with friends and family feature many yummy Korean food and drinks. Thus, the birth of multiple samgyupsal spots with lots of Korean convenience stores springing up like mushrooms.

There are a lot of misconceptions surrounding watching KDramas. This is one of the reasons that sometimes make it difficult for some fans to come out and tell the world that they are crazy about the shows that make KDramas unique and relatable.

One of the most common misconceptions, especially during the initial releases of KDramas in the country, is that these shows are only for girls. At that time, KDramas were seen more as feminine because of the focus on each character's emotional or psychological side. Most pilot series penetrated the country and have love stories as the central theme. In a country full of machismo and other similar beliefs embedded in the culture, this is one significant obstacle that needs to be eliminated to bridge the gap.

Another similar misconception is that if you’re a guy and you’re a fan of a KDrama, that makes you gay. This false belief has led to numerous debates on the internet, with hordes of fans reliably at the defense of their peers, ready to fight the online war while trying to break through the misunderstanding that restricts KDrama to a specific set of demographics.

With these considerations in mind, one of the keys to avoiding rejection is for fellow KDrama fans to break through the stigma and make sure that their fellow guy fans feel loved and that they do belong, regardless of what or who they identify as.

At the same time, they need to come from a place of empathy and understanding while sending the non-fans the message that they are not okay with these unpleasant labels haphazardly thrown at them. It’s an uphill battle to climb, but with the rate of acceptance that KDramas have nowadays, it seems that there may be that much sought-after light at the end of the tunnel, after all!

As for the non-KDrama lovers, do not reject them just because they don’t share the same interests as you do. Who knows, you may share other interests and hobbies that you’re both passionate about–you may even have the chance to bond over these things in the future if the opportunity presents itself.

on September 24, 2022
Email ThisBlogThis!Share to TwitterShare to FacebookShare to Pinterest
Labels: Lifestyle and Events