The largest global sports media property in Asian history, ONE Championship™ (ONE), today announced ONE: BIG BANG on 4 December and ONE: COLLISION COURSE on 18 December. The two events will be broadcast live from Singapore Indoor Stadium.

Both events continue ONE Championship’s partnership with the Singapore government to pilot the return of live international sports productions, and will continue to offer 250 special in-person “Superfan” ticket packages priced at $188 SGD each, which come with premium socially distanced seating and exclusive ONE merchandise worth over $80 SGD (total value at more than $268 SGD). Patrons are required to undergo the Antigen Rapid Test (ART) on event day and produce a valid negative ART certificate to qualify for admission. This exclusive limited offering can be purchased now until tickets sell out at Ticketmaster.sg. 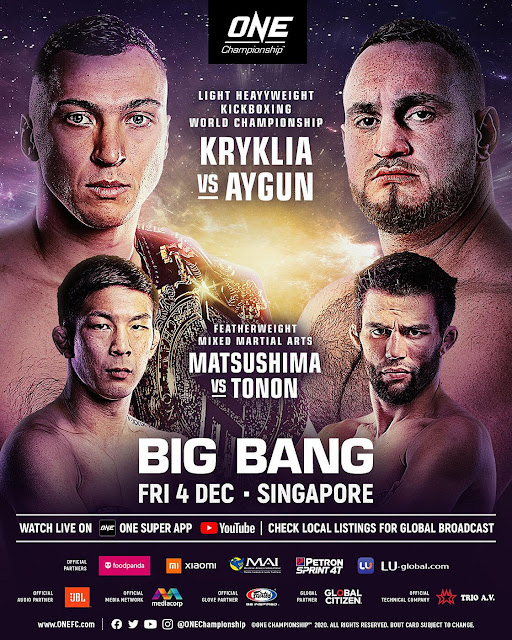 Reigning ONE Light Heavyweight Kickboxing World Champion Roman Kryklia of the Ukraine defends his World Title against Murat “The Butcher” Aygun of Turkey and the Netherlands. 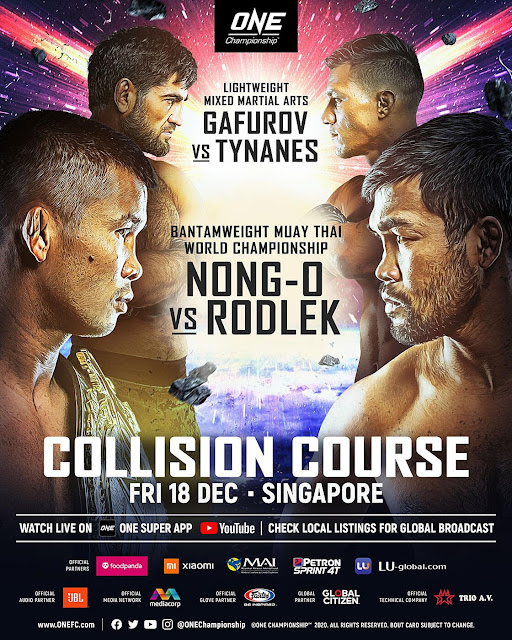 Former ONE Featherweight World Champion Marat “Cobra” Gafurov of Russia welcomes undefeated lightweight Lowen Tynanes of the United States back to the ONE Circle.

on November 23, 2020
Email ThisBlogThis!Share to TwitterShare to FacebookShare to Pinterest
Labels: Sports & Fitness