Early this morning, at around 2am as I was walking to my hotel from whatever place D and I were, I realized that I took a wrong turn. Not just in the path I was taking but in so many things that has happened in the last 1.5 months or so.

The thought was so overwhelming that I ended up stopping on the side of the road, trying to catch my breath. A guy on a motorbike stopped me and this was when I remembered that in Cebu, motorbikes were another means of transportation. I decided to just hop on and initially asked to be taken to my hotel.

Fare was 20 but en route, I felt that I did not want to be on my own and in a hotel room so I told him I'd pay him 100 to take me around the city. He asked where and I said I didn't know ... to just take me wherever he can. When I felt the wind on my face, I realized that I wanted more. I told him I'd pay him 1000 to bring me around anywhere in the city for the next 2 hours.

To say that he was suprrised would be an understatement. He asked me if I was drunk (I was not) and then he asked me if I had a problem (to this I did not say anything.) Was I worried that he could be some psycho preying on idiots like myself? Of course but I thought to myself that God will not let anything happen to me that is not supposed to happen.

We went around the city and on a motorbike, at 2 to 4am, the city just looked really different. It felt different. I saw a different perspective and I saw something that I never knew about my own hometown. As we were cruisin between 60 to 100mph, I would sometimes have a City of Angels moment. It felt so good to not hold on to anything and just feel the wind on your face while going that fast. It felt exhilarating. I have always ondered how it was like and last night, I had a lot of moment to do just that, on a motorbike nonetheless. 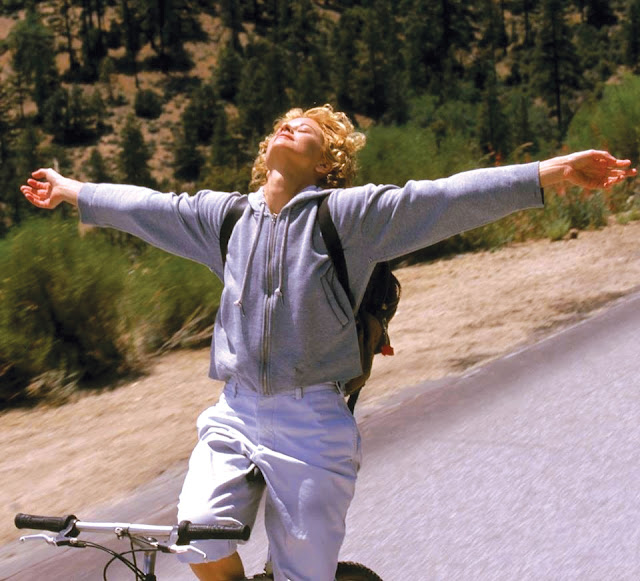 Once we hit a bridge, I told the driver that I was gonna scream. This was another thing that I have been wanting to do. If you haven't realized, screaming can feel really good and its a good alternative to letting out your pent up feelings. It's not like you can just scream at home or anywhere in the city. You can but the chances of having someone look at you like you were crazy is very high.

I felt a heaviness leave my heart and I realized that a lot of what I was going through were all self imposed. Too many shoulda, woulda, coulda. Too many unrealistic expectations and false hope. Delusions and believing they are real can be very potent.

After going around the city for 2 hours and realizing that I was literally falling asleep behind the driver, I asked him to bring me back to the hotel. It felt good doing what I did. Perhaps a little reckless but nothing more dangerous than what I have allowed myself to do for the past 1.5 months.

I started this journey 15 months ago with only 20 but realized that I have gone over 1000 not realizing it. I need to step back and go back to 20 because 20 was all that was needed. There was a path and I deviated. I just need to go back to the right one and stay on track. I thought I could be myself but like what my Dad would tell me and what my ex would say, no one really wants the real me ... no one can accept the real me except for a few real friends and family. I just need to play my part as needed and then everything would be fine. It was wrong of me to think otherwise.
on March 26, 2017
Email ThisBlogThis!Share to TwitterShare to FacebookShare to Pinterest
Labels: Relationships