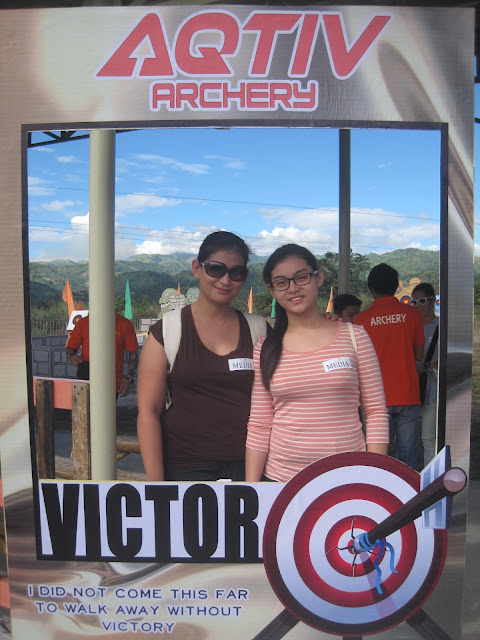 My sister and I got to experience Aqtiv Archery at Sandbox last Saturday. What makes it different from other archery places is that this has moving targets. Yes, you read that right. Moving targets. Eeeeppp!

We were initially worried that we wouldn't hit anything at all but thankfully, they actually have a small tutorial at the beginning before they release you to the wild. I kid. Haha.

The first thing you always need to remember is to face sideways. You cannot hit the target if you are facing the target with your body. Your body needs to go to the right if you are right handed and left if you are left handed. Then you turn your head (just your head) to face the target. 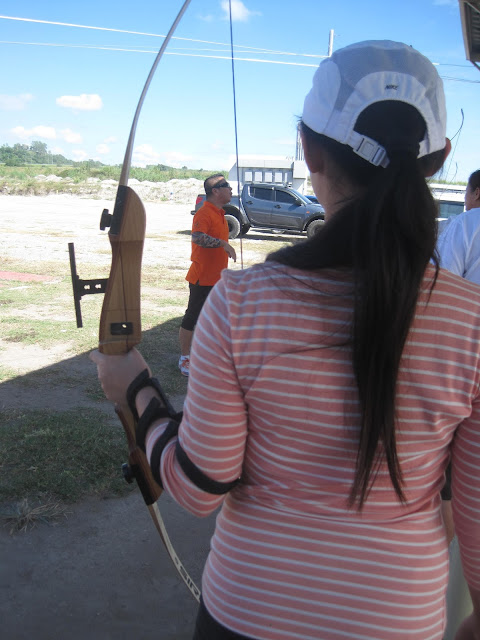 Next is that when you hold the string, it has to be under the circular metal thing and with only three fingers. 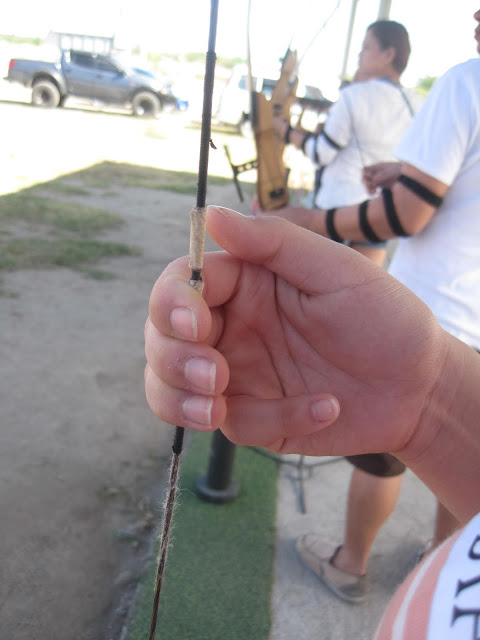 This is also the proper way to hold the bow. 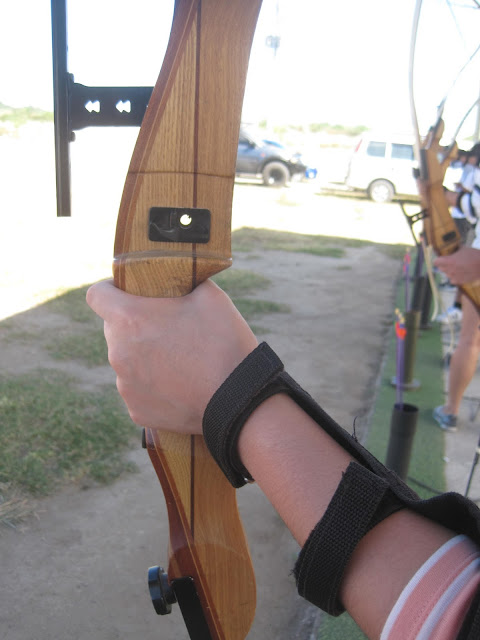 Now as you can see, there is a different color for every arrow. The different one (look at the first arrow and see that it is blue, red, red) in this case the blue one will face you when you lock the arrow to the circular metallic thing located on the string. Yes, the one above your three fingers. 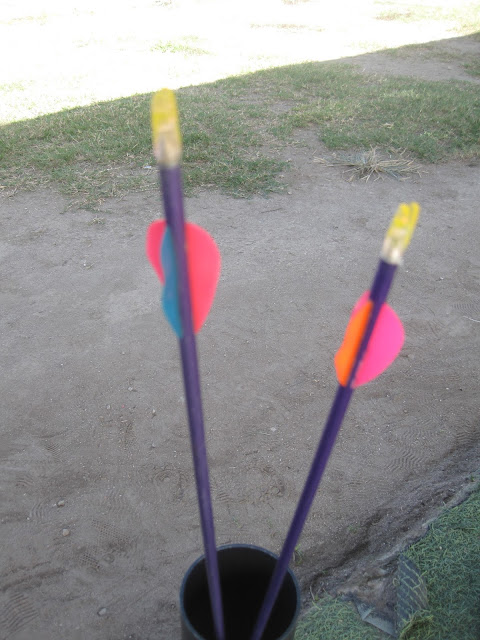 Do you see it now? This is how your arrow should be. It needs to lock in to the metal thing. You will hear a snap. If you don't lock it, then you attempt to release it, it will simply bounce off straight into the ground. I know because it happened to me. 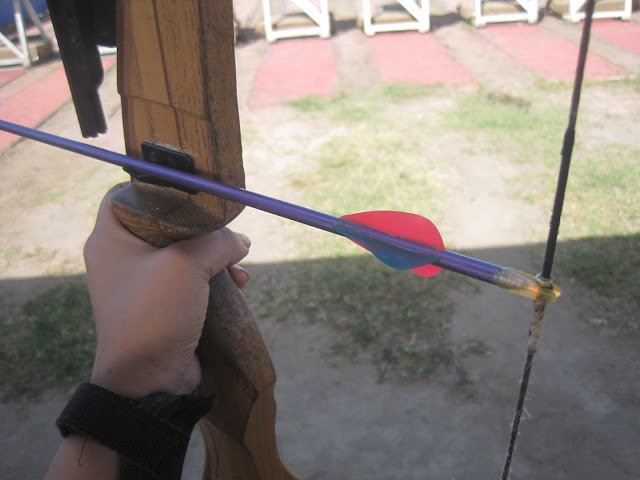 After prepping, you are now ready to release it. You just have to make sure the arm holding the bow is straight and then pull the string near to your cheek and release it. 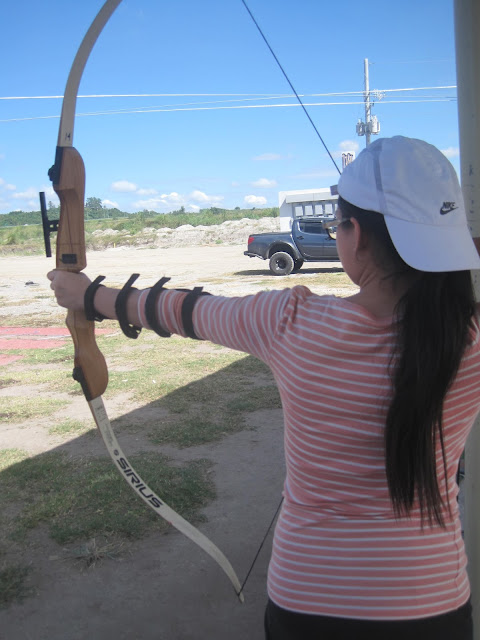 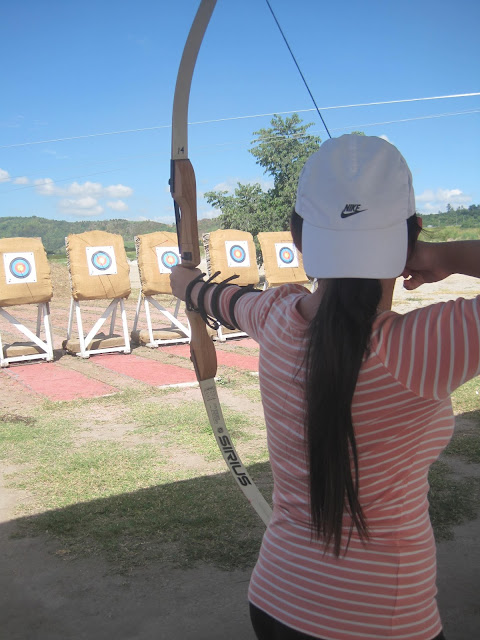 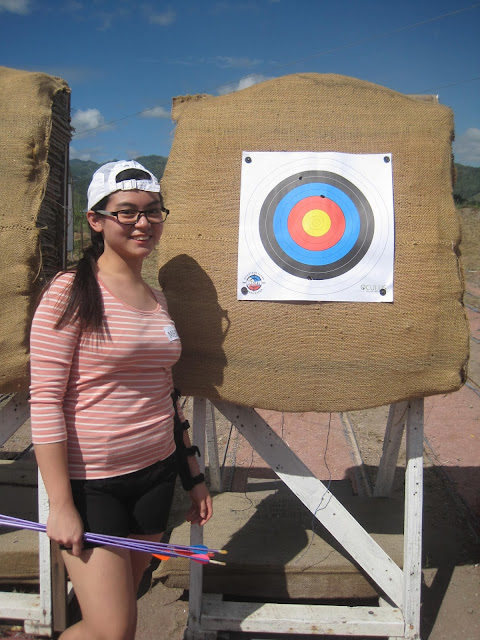 AQTIV Archery requires endurance, determination, practice, and the will to hit the mark. I personally thought it was impossible for me to hit one but I actually did. You can take the Maze and Live Targets on but know that there is a time limit of 2 minutes which makes it even better because it gives you that adrenaline rush you need to hit the targets immediately. 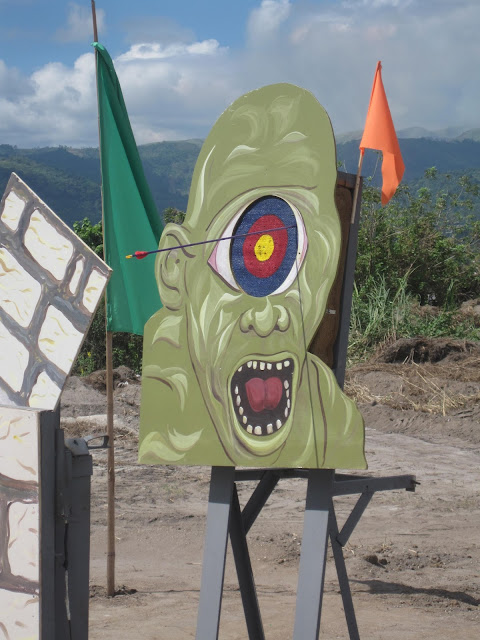 Aqtiv Archery is located in Sanbdbox, Porac, Pampanga. It is the newest attraction that Sandbox has along with Free Fall and Roller Coaster Zipline which K also tried. 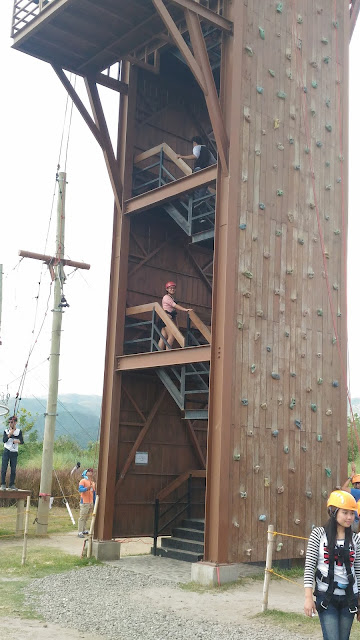 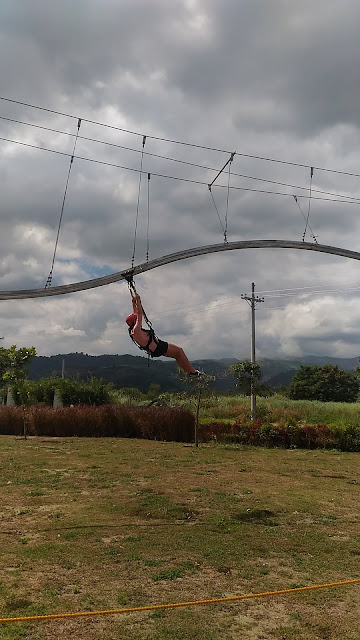 on February 02, 2016
Email ThisBlogThis!Share to TwitterShare to FacebookShare to Pinterest
Labels: Lifestyle and Events