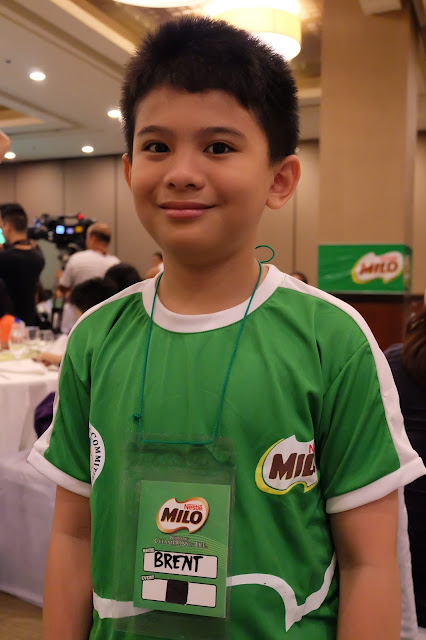 B has never been a sporty kid so I had mixed feelings bringing him along to a MILO Sports Clinic. He plays volleyball and a little badminton but he shies away from basketball and soccer. During the sports clinic though, he made a promise to me that he would try almost everything and he kept his word.

They were all divided into groups and for B's group, the first thing they tried was TENNIS. They were taught how to catch and pitch the balls. B showed great potential and was actually commended by the trainers. When I asked him which of the sports he tried on were his favorite, he said that part of his top pick is tennis. 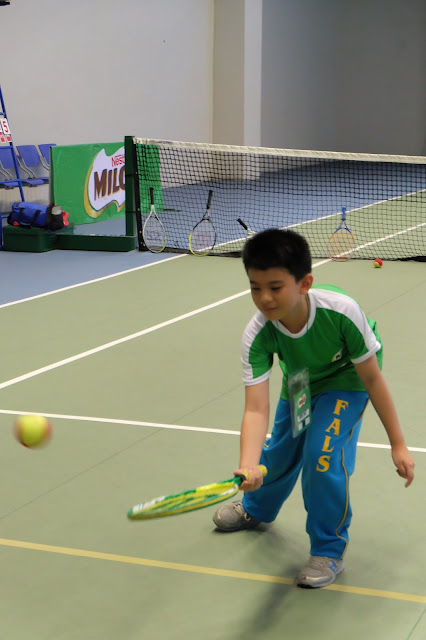 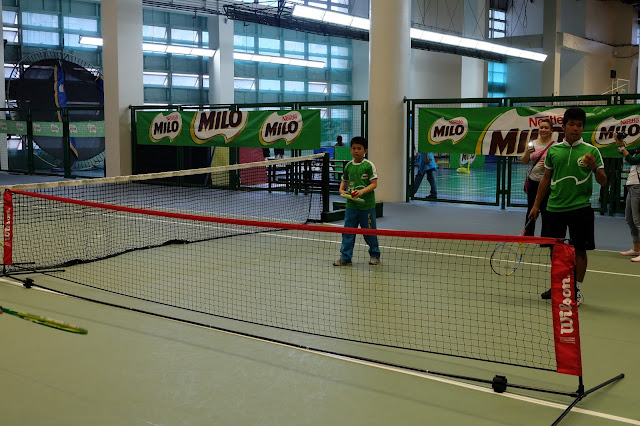 After almost 20 minutes doing tennis, they were sent off to CHESS. It wasn't B's favorite but because his Aunt K loves chess, he knew a little about chess and could play a little of it. B listened to the teacher but they were not able to play due to time constraints. 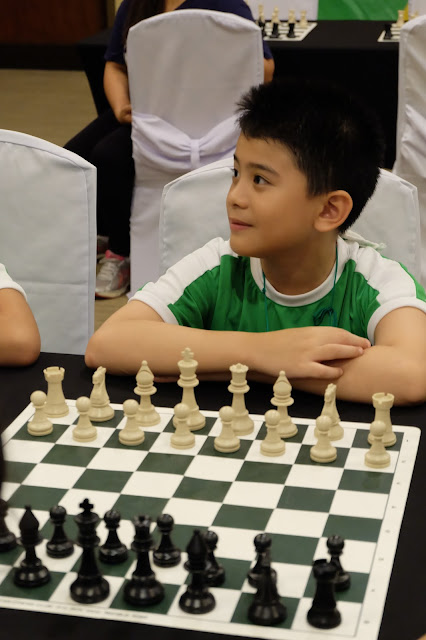 3rd stop  was PINGPONG. B liked this one. It seems that he likes anything remotely related to badminton. He knew how to balance the ball and he was able to follow suit on the movements without any problems. If I didn't know it any better, I would say that given the chance, it seems that he could be very sporty. 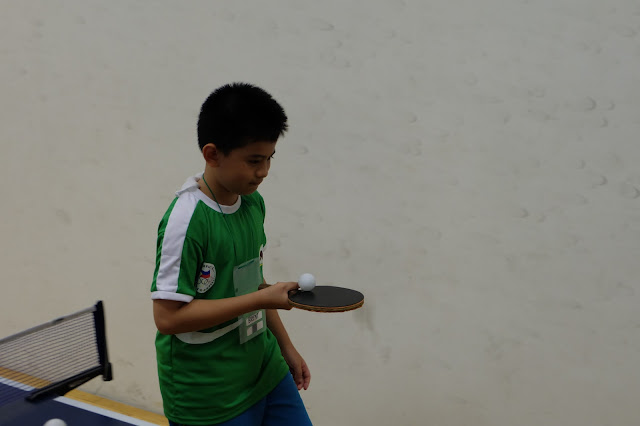 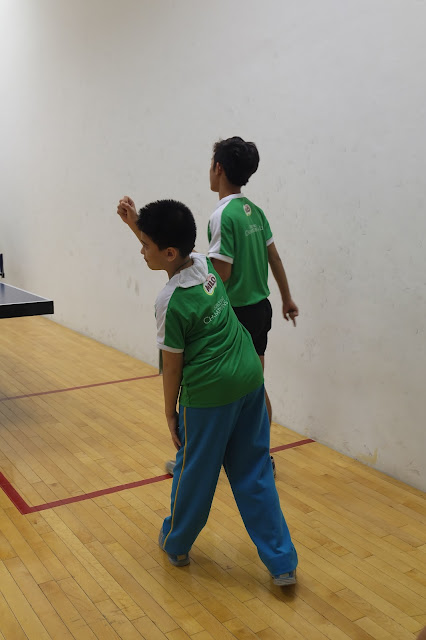 Next stop would be VOLLEYBALL. B definitely had a knack for this and he was able to hit all the volleys sent his way by the coach. I feel really happy about this because I played volleyball when I was in high school. 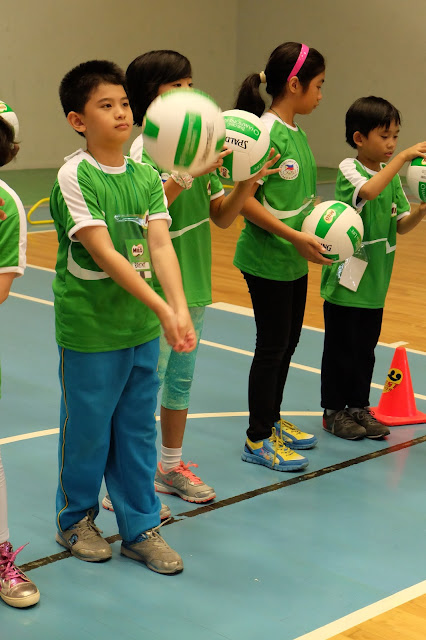 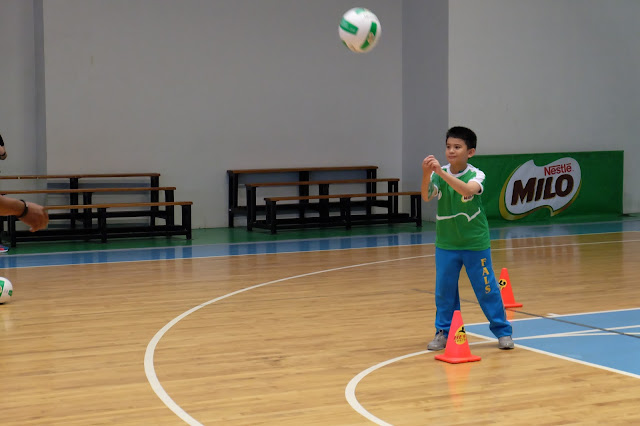 B then tried on basketball where again, he seemed to have a natural talent. I'm not being a stage Mom here. It's just that the people conducting the training noticed it too and they have recommended that I should let him pursue these sports. 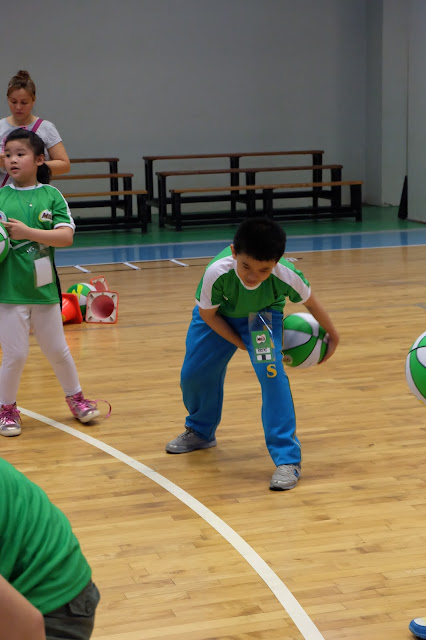 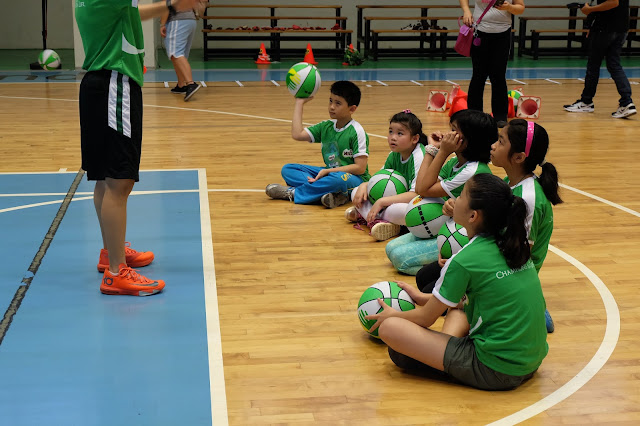 I loved that B was almost to try on everything except GYMNASTICS. He tried it but then his chest started hurting so he asked if I could stop. It seems that he is not for gymnastics. I'm just happy to see my son exploring and doing activities that did not involve gadgets. Thank you MILO and I'll make sure that my son has sports activities this summer. After all, we have enough MILO to drink everyday and build champions. 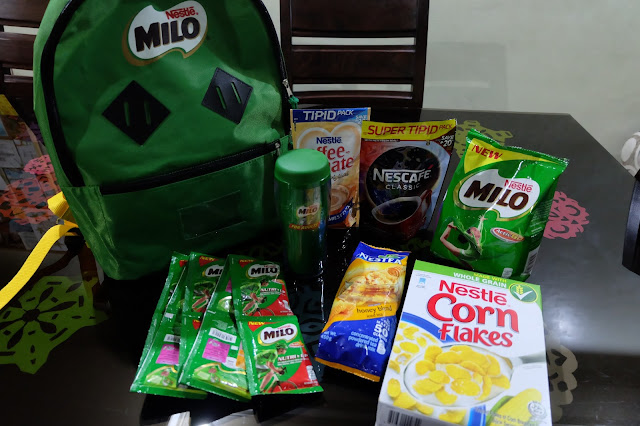 For registration and class schedules, go to http://www.milo.com.ph for more information. To sign up, just visit the website, download the registration form, and submit to the organizer the sport of your choice together with an empty 1kg pack of MILO.
on March 13, 2016
Email ThisBlogThis!Share to TwitterShare to FacebookShare to Pinterest
Labels: Family and Friends