Coca-Cola Foundation Philippines and the Philippine Sugar Research Institute Foundation (PHILSURIN) entered into an agreement to help boost the productivity of small sugarcane farms and increase the income of sugarcane farmers in Negros. The partnership will support the research and development of high-yielding varieties and disease-free planting materials and the establishment of a breeding facility to sustain the development of these HYVs for distribution to farmers. 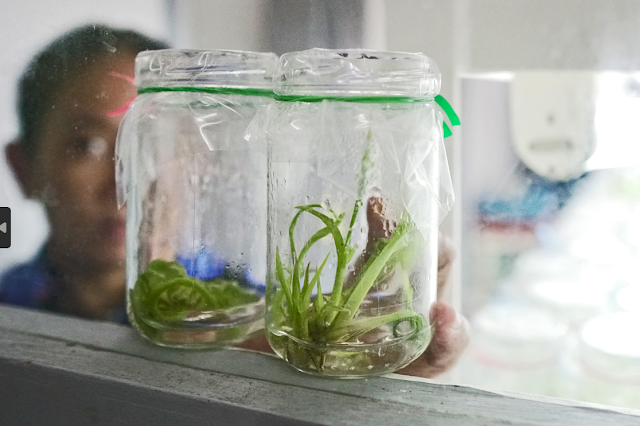 Since 2018, Coca-Cola Foundation Philippines, the social investment arm of Coca-Cola in the Philippines, has been partnering with PHILSURIN. This non-profit organization aims to promote the development of the sugar industry by conducting research and development activities to improve the productivity, quality, and competitiveness of small sugarcane farms. The grant provided by Coca-Cola Foundation Philippines in 2018 for its Adopt-a-Seed Project upgraded PHILSURIN’s DNA research equipment for Variety Fingerprinting and faster disease diagnosis, which then led to the production and distribution of disease-free and pure planting materials that can be harvested early and resulted to 50%-60% increase in the production of small sugarcane farms and consequently, the income of recipient farmers.

The new agreement aims to establish a 10-hectare seed farm for PHILSURIN varieties and hybridization and ripening sheds, which will augment the production of more high-quality seed canes and allow access for small farmers to avail of clean and pure planting materials. Due to climate change and increased land conversion to commercial areas, sugarcane farmlands have been decreasing in size, so high-yielding seed canes would be critical to increase and sustain the productivity of existing ones. 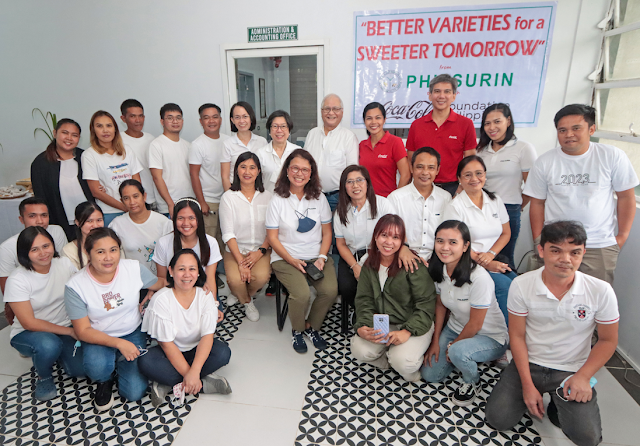 “A good crop starts from a good seed. At PHILSURIN, we believe that even if there is less land to plant sugarcane compared to previous years, as long as we can increase their productivity through high-quality seed canes and proper training on good farming practices, then we can help assure the continuing livelihood of our sugarcane farmers and support local sugar production which is important for our local economy and consumers in general,” said Maria Regina B. Martin, Director General of PHILSURIN “That is why I am grateful to partners like the Coca-Cola Foundation Philippines for their support to this Project and for our enduring partnership that would make a significant impact on the lives of our farmers and their families and our local economy in Negros.”

The two provinces of Negros are major sugar producers in the Philippines. Still, small sugarcane farmers in these areas are considered the most vulnerable stakeholders in the local sugar industry as they face challenges regarding resources, markets, and technology. Partnerships and linkages that support the development of the local sugar sector are critical to promoting the welfare of this vulnerable group.

“Coca-Cola is committed to partnering with PHILSURIN for the benefit of sugarcane farmers and their communities, consistent with our purpose of refreshing the world and making a difference for the communities we serve,” said Antonio del Rosario, Coca-Cola Foundation Philippines Chairman. “Like PHILSURIN, we believe in the important work of increasing productivity of small sugarcane farms through advanced research and technologies and improving the welfare of farmers and their families.”

Coca-Cola Foundation Philippines also has programs and initiatives in Western Visayas that support the conservation of critical watersheds, water for agriculture, water access for sanitation and health, and sustainable waste management solutions for communities.

on January 24, 2023
Email ThisBlogThis!Share to TwitterShare to FacebookShare to Pinterest
Labels: PR and Sponsored