When it comes to territorial disputes and claims in the West Philippine Sea. This hotspot is a heavily contested region with heavy trade traffic between shipping and logistical lanes. Furthermore, there is some speculation that the continental shelf beneath the sea contains enormous amounts of crude oil, which can bolster the nation-state's economy that taps into them first. It is, without a doubt, a ticking time bomb that constitutes some of the ingredients for boiled territorial disputes. 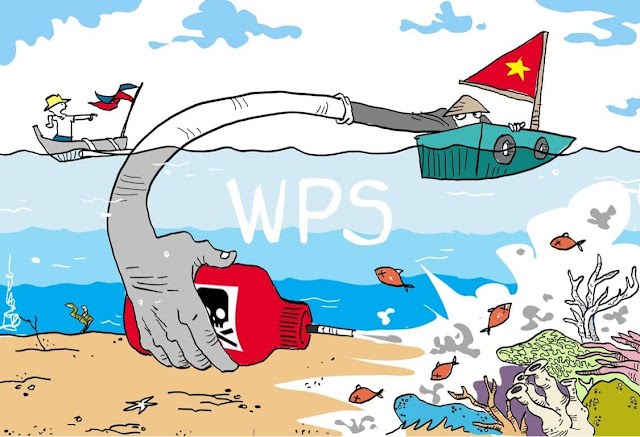 Indeed, border and delimitation disputes are a thing in the West Philippine Sea. The Spratly  Islands itself consist of at least 56 significant islands/islets. Brunei claims one, Taiwan claims two,  Malaysia claims six, China claims seven, the Philippines claims 11, and Vietnam claims 29 of these features. The Spratlys are only one of the disputed island groups in the region; there are also the Natunas and Paracels.

Another complication about these claims is that they’re not entirely collected in one area. These claims are randomly scattered across the West Philippine Sea, overlapping with other countries’  claims.

Therefore, it is a chaotic “bundle of a mess” that doesn’t have defined boundaries causing the decades-long dispute in the region.

The delimitation between the ASEAN States and Vietnam’s Greed

In light of this, border delimitation talks between ASEAN countries have been ongoing to  “organize” and sort out the confusion brought about by these disputes. Vietnam and Indonesia have been doing this for a long time, as well as Malaysia, Brunei, Singapore, and the  Philippines. 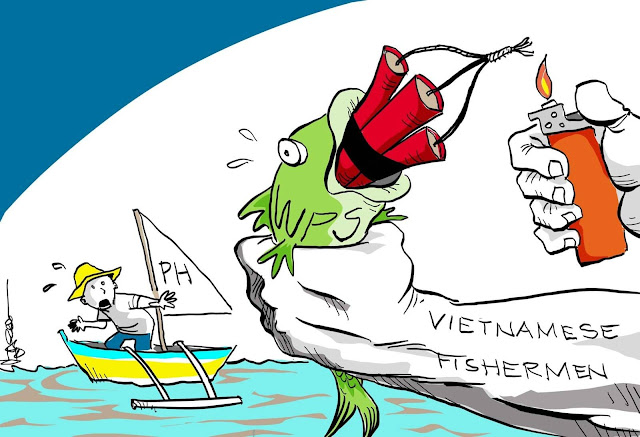 The Exclusive Economic Zone delimitation talks between Indonesia and Vietnam started in the early 2000s. This series of talks followed agreement after agreement on whose feature is whose. However, it is worth noting that the recent EEZ delimitation talks between the Republic of Indonesia and the Socialist Republic of Vietnam last July 14 to 16, 2022 put the former at a  disadvantage.

According to Indonesia’s DPW-KPS (Regional Executive Board of the Prosperous Justice  Party), Vietnam will take at least 65% more territorial waters than Indonesia following the deal.  This is despite Vietnam having the most claimed features in the West Philippine Sea among  ASEAN states.

Recently, Philippine President Ferdinand “Bongbong” Marcos, Jr. said its delimitation strategy with Indonesia may be the best template for establishing the regional border disputes among  ASEAN nations. While the entire strategy itself isn’t revealed to the public due to national security matters, President Marcos said that it is “worthwhile to explore at the very least” since it was one instance where both countries came to a conclusion and resolution.

This type of delimitation strategy, President Marcos says, can be used when dealing with border disputes with other countries such as Vietnam and China.

Backgrounder: The United Nations Convention on the Law of the Sea

To further understand the factors at play, the United Nations Convention on the Law of the Sea establishes a legal framework for maritime laws of all nation-states and parties concerned.  According to the convention, a country’s territorial sea should stretch 12 nautical miles from the baseline of its coast. After that, the country’s Exclusive Economic Zone (EEZ) should stretch  200 nautical miles from the edge of its territorial sea.

The Philippines and China are signatories of the said treaty, to which they have exclusive economic rights 200 nautical miles from the said 12-nautical-mile territorial sea. The latter currently claims around 80% of the West Philippine Sea due to its “historical” nine-dash line.

However, neighboring countries have rejected this claim. The culmination of this rejection came with the legal victory of the Philippines against China, stating that the latter is obliged to follow the United Nations Convention on the Law of the Sea (UNCLOS) rather than its historical claims.

Delimitation treaties are created to make territories more defined when EEZs overlap to superimpose a proper border between two countries.

This reflects the importance of delimitation agreements and/or treaties, but that is not merely the point. Vietnam’s claims in the Spratly Islands Group are far from the 200-kilometer EEZ of the said country.

Since Vietnam and the Philippines are signatories of the UNCLOS, both countries should follow the “law of the sea” rather than historical claims. Vietnam asserts its claims in the  Paracel and Spratly Islands because of historical records that prove the country’s occupation of the islands that stretch to the 17th century.

However, the Law on the Convention of the Sea states that historical claims should not be the basis for formal border delimitation implementation. This is the same reason that  China is trying to impose to no lawful avail.

It would seem that the dispute between Vietnam and Indonesia was not as fair as it was between the Philippines and the Republic of Indonesia.

To add to this case, Vietnam has a long history of aggressive expansion, going as far as occupying parts of Laos and Cambodia during and after the Vietnam War, and clashing with  China when things didn’t go their way despite being friends from the start.

The Threat of Vietnam against the Philippines

And so, this highlights another threat over the horizon: will the Philippines be at odds with  Vietnam? As mentioned earlier, Vietnam currently claims 29 features in the Spratly Group of  Islands, while the Philippines only lays claim to 11 islands and islets. The claimed territories of Vietnam often overlap with the Philippine claims. In a nutshell, some of their claimed islands are too close for comfort to Filipino-claimed islands.

If there are border delimitation talks, will Vietnam play fair and square? How is there an assurance that they won’t do to the Philippines what they did with Indonesia?

The answer is UNCLOS.

However, this raises another issue: the incapacity and incapability of the United Nations to police this convention on the law of the sea. If it was adequately policed, this region would have no disputes. China would return to its rightful territories, and everything would be organized in neat, old-fashioned borders 200 nautical miles from the edge of each country’s territorial waters.

Of course, we know that’s not happening. Logically speaking, they have legitimate claims in the  Paracel Islands but not in the Spratlys.

Now, we go back to the beginning of this article; can Vietnam become the next China regarding island and land grabbing in the West Philippine Sea? Possibly. However, certain  factors such as the UNCLOS and the face of a more significant threat in the personification of China may

just unite these two ASEAN countries against a common threat, arriving at a peaceful resolution to the dispute in these islands.

Vietnam’s aggressive claims in the Spratly Islands need to stop. They claimed far too many islets outside of their Exclusive Economic Zone. According to the UNCLOS, their government should give back these islets to their rightful owners so that they may not be sanctioned and frowned upon by the international community.

Vietnam should follow the law and not become like China in terms of aggressiveness in the  Spratly Group of Islands. If they do, they might find themselves in multiple ASEAN states' crosshairs. Indonesia’s doing enough to combat intruders into their Natuna Group of  Islands, whether these are Vietnamese or Chinese boats. Perhaps a similar engagement may happen in the Spratlys, but tensions in the area may just put everyone on the brink of war, so probably not.

Ultimately, we can’t tell how big of a threat everyone is to each other. That’s just how geopolitics work.

As for the question if Vietnam is a threat to the Philippines: lawfully, no, but if they follow the footsteps of China, they may just find themselves toe-to-toe with stationed Filipino Marines in the Kalayaan Group of Islands. After all, the Philippines has the backing of the United Nations following its ruling against China last 2016.

on October 06, 2022
Email ThisBlogThis!Share to TwitterShare to FacebookShare to Pinterest
Labels: PR and Sponsored