Everyone wins with ShopBack! P99K worth of prizes this 9.9 ShopFest

ShopBack is back again at this 9.9 ShopFest to help shoppers celebrate all the wins and make the most of every shopping experience.

Starting September 1 to September 12, shoppers can celebrate ShopFest season and get the chance to win ₱99,000 worth of prizes.

“Enjoy the little things” and “treat yourself” get thrown around a lot in the context of shopping, especially during sales.

This has become a mantra for most people to splurge and reward themselves with the items that have been sitting in their shopping cart for quite some time. With the holiday season slowly creeping in, what better way for ShopBack to celebrate alongside Filipinos than with the biggest shopping festival of the year.

In line with ShopBack’s core belief, #ShopBackEveryoneWins, the brand aims to give its users victories in the form of upsized cashback that can help shoppers achieve bigger wins later down the road and enjoy amazing deals courtesy of ShopBack’s 600 partnered merchants such as Lazada, SHEIN, Uniqlo, iHerb, Edamama, Adidas, Agoda, Razer Gold, Samsung, Nike, and many more.

From September 1 to September 12, ShopBack is putting its loyal consumer base to the test with ShopBack Bingo. Participating shoppers will need to compete in a series of tasks, with at least five challenges in the official ShopBack app. Every completed challenge entitles shoppers to a reward ticket. 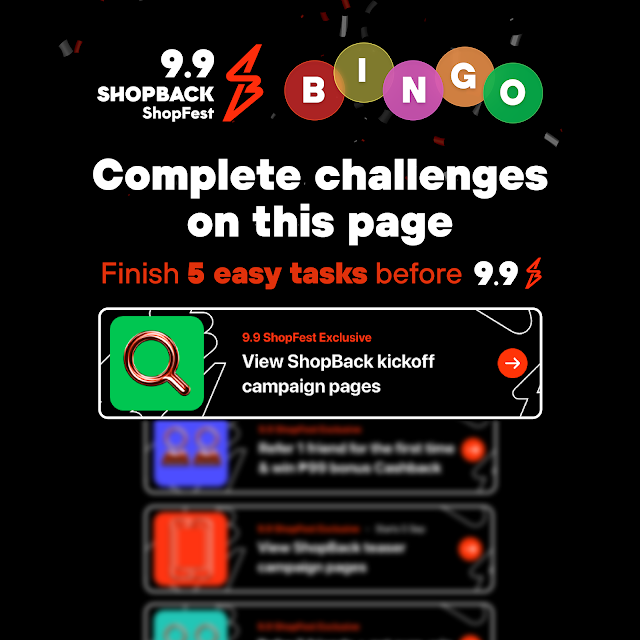 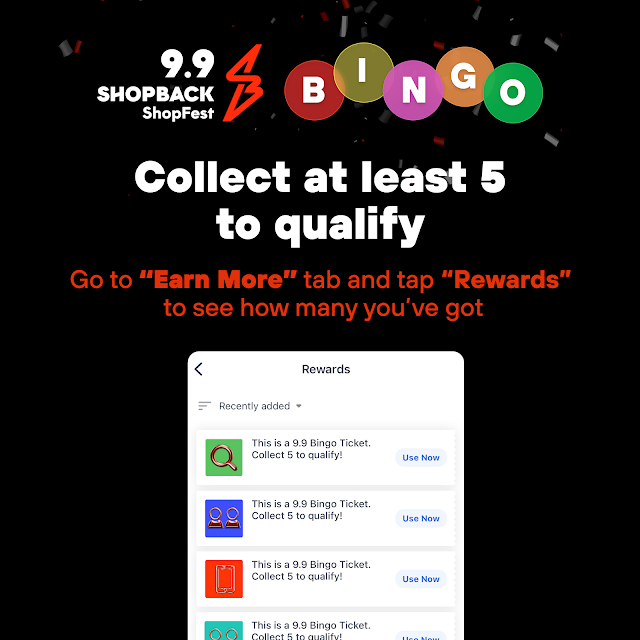 At the culmination of ShopFest, 5 lucky shoppers will be chosen to experience a live shopping spree, and over 99 users will get the opportunity to win a portion of the ₱99,000 prize pool, ranging from vouchers, gadgets, and other rewards.

The 5 winners will be announced on ShopBack’s official social media pages on September 5-8. Users may also increase their chances of winning by sharing their shopping experience on their page with @shopbackph mentioned in the caption.

Step Up Your Shopping Game with ShopBack 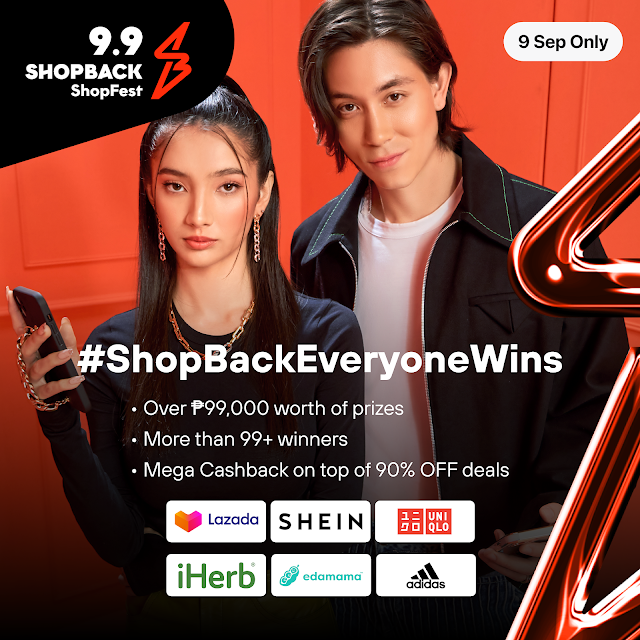 To emphasize the concept of convenience, the ShopBack Button is a browser extension that automatically earns cash back from partnered stores. Shoppers will also be notified of cashback updates to ensure users are always one step ahead of the latest deals.

Users can also keep an eye on their favorite stores and jump on upsized cashback deals with the Watchlist on the official ShopBack app.

Participating shoppers during ShopFest who didn’t accomplish five challenges and only managed to complete three will still be eligible to take home consolation prizes.

The ShopBack app will also include different challenges outside of ShopBack Bingo, letting users earn more bonus cashback with each completed task. Make the most of every victory and celebrate in the best way possible this 9.9 with ShopFest.

For more information and news updates about the upcoming 9.9 ShopFest, visit the official ShopBack website https://app.shopback.com/99PR

on September 08, 2022
Email ThisBlogThis!Share to TwitterShare to FacebookShare to Pinterest