This 2022, Viu is set to premiere the most anticipated Viu Original series, K-Love — a Filipino series made for Korean drama fans by critically acclaimed filmmakers in Hollywood. It is a story that will indeed resonate through the hearts of all the K-drama fans out there as each character’s persona slowly unfolds throughout the series. 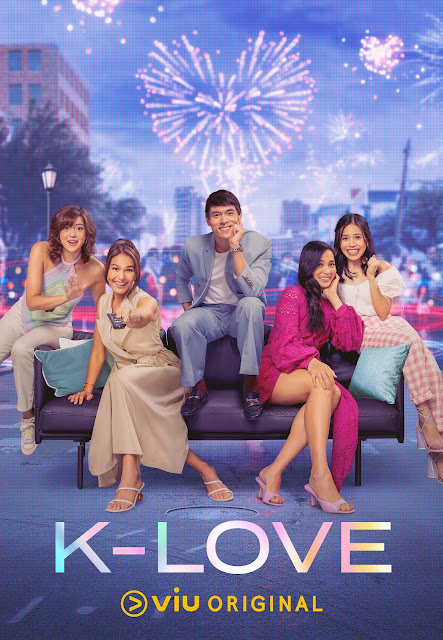 The team behind K-Love is mainly led by Series Creator Corinna Vistan, a Marvel Studios Executive. Corinna worked on 19 of the 29 Marvel films that have been released, was awarded a Gold Clio for Guardians of the Galaxy Vol. 2, and bagged a Silver Telly in 2016 and 2017 for Doctor Strange and Thor: Ragnarok.

The team is also composed of several renowned individuals, including former Editor-in-Chief for Summit Publications  Tara Sering, under whose belt produced the highest-selling number of books and novels in recent Philippine history specializing in contemporary women’s fiction; Tweet Sering, a best-selling author whose stories include Wander Girl—which was named “One of Best Philippine Books” by the Manila Critics Circle and recipient of the country’s top literary honor, the Carlos Palanca Writers Memorial Award, for advancements in Philippine Literature; Script Development Executives Lea Dizon, who was previously an executive for the Walt Disney Studios, worked with a children’s animation series Valt the Wonder Deer which played multiple seasons in the U.S. and China; Katherine Visconti, who was a writer for shows like Kiefer Sutherland’s Designated Survivor, CBS’s FBI, and NBC’s Chicago PD have lent their talents to this pioneering series. Additionally, the wardrobe will be headed by fashion stylist and current VOGUE (Philippines) fashion editor Pam Quiñones.

Rounding up K-Love’s all-star crew is director Bobby Yan, a seven-time Emmy Awards winner as Producer and Editor for MLB Tonight on MLB Network. He is also a member of the ABC Disney Directing Fellowship and worked on TV shows like Agents of Shield, Showtime’s The Chi, and The Politician. His most recent independent film, Marz, appeared in Sundance, Toronto, London, Palm Springs, and other film festivals worldwide.

K-Love is set to bring a fresh take on a story about five K-drama enthusiasts from different walks of life and how their love for K-drama becomes an avenue for them to take risks and pursue their own happy endings.

The K-drama-inspired series will be led by five exceptional actors of this generation.

This is a story about us.

K-Love will be streaming soon on Viu.

Download the Viu app now and watch the best of premium Asian entertainment for FREE! > https://bit.ly/3nVomvI