ONE Championship™ (ONE) kicked off a massive ONE X event week with a live pre-event press conference, held at the Singapore Indoor Stadium. 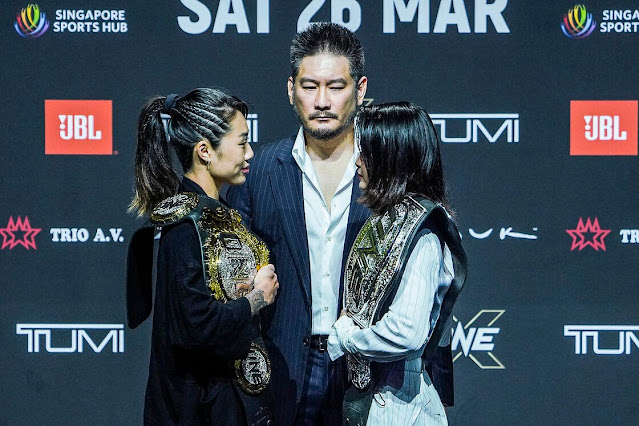 ONE Championship also revealed a newly designed ONE World Title belt along with a line of premium products from one of the world’s leading premium lifestyle and luxury performance brands, TUMI. 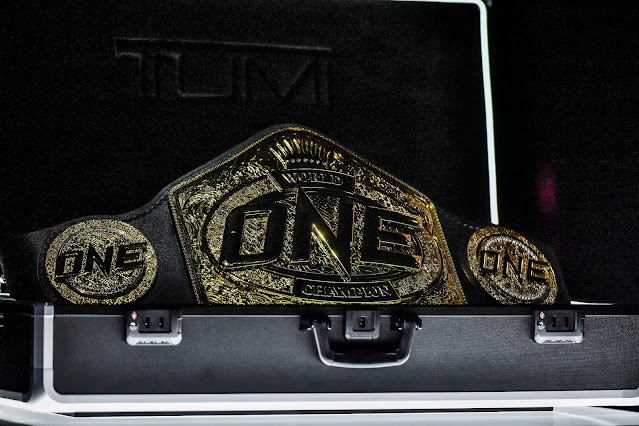 ONE X broadcasts live from the Singapore Indoor Stadium on Saturday, 26 March.

Chatri Sityodtong, Chairman and CEO of ONE Championship, stated: “It has been a crazy 10 years. When I look back at the journey, all the highs and lows ... I could never have imagined this. I truly believe we have the greatest World Championship roster of any organization in the world. ONE X will be an event the whole world will talk about [for years to come], the single greatest martial arts event ever pulled off in history."

"As a lifelong martial artist, this has been a very deeply personal journey. It’s one filled with gratitude — for my team, for our athletes, for our fans, our partners, our broadcasters, our brands — everybody who has been a part of this incredible journey, past and present. But as I always tell my team, this is just day one, literally the very beginning of the ONE story.” 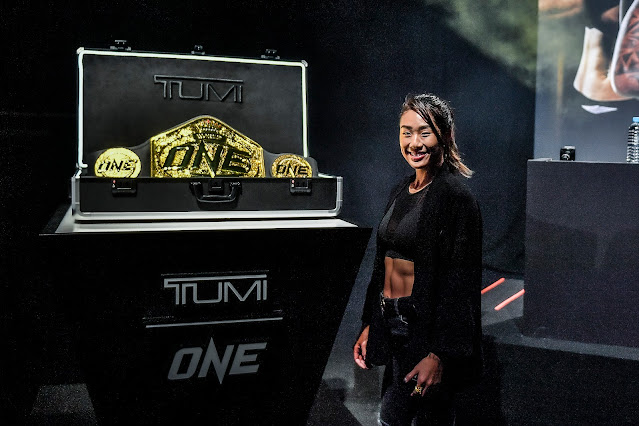 Angela Lee, ONE Women’s Atomweight World Champion, stated: “I think it’s wrong to label this as a striker versus grappler fight. This is an MMA fight. We’re both mixed martial artists. Stamp, she has evolved a lot. I don’t see her as a striker only. I do understand that is where her strength lies. But I know that she’s coming into this fight as a well-rounded mixed martial artist. For me, being raised up, learning mixed martial arts as a whole, obviously I feel that MMA is where my strength lies. It’s a huge honor [to headline ONE X] and also a lot of pressure. There’s a lot of weight on my shoulders as it is, having the time off. But I’m definitely going to make up for that and make sure I put on a great performance on Saturday night.”

Stamp Fairtex, ONE Women’s Atomweight World Grand Prix Champion, stated: “For me, I will try my best to prevent her from using her grappling and takedowns. I’ve been training to use the best of my MMA skills for this fight. I’ve really been preparing for this, because as I’ve said before, she is my idol. This is a very great opportunity for me to finally get the chance to fight with Angela, someone that I look up to. I’m ready to take the belt from her. I want to bring the belt back to Thailand.

Demetrious Johnson, 12-time Flyweight World Champion, stated: “I feel great. I’m super excited. You know, Rodtang, he’s one of the best in the world in Muay Thai. When I accepted this fight, I had a big smile on my face. I’m looking forward to the opportunity, and we’ll see how things go. I remember telling Chatri that I would love to try Muay Thai one day. And then when he presented this [special rules] fight, I was game for it. I’m looking forward to it.”

Rodtang Jitmuangnon, ONE Flyweight Muay Thai World Champion, stated: “I feel honored and I feel great that Khun Chatri approached me for this [special rules] fight. I’m really looking forward to going from Muay Thai to MMA. This is a good opportunity for me.”

on March 24, 2022
Email ThisBlogThis!Share to TwitterShare to FacebookShare to Pinterest
Labels: PR and Sponsored