When I first heard about Nik Makino and Neneng B, all I could think of was, "here's another rapper who's misogynistic and can't be bothered to come up with more inspiring lyrics so he sticks to demeaning women and thinking it's creative license."

Thankfully, I was wrong. 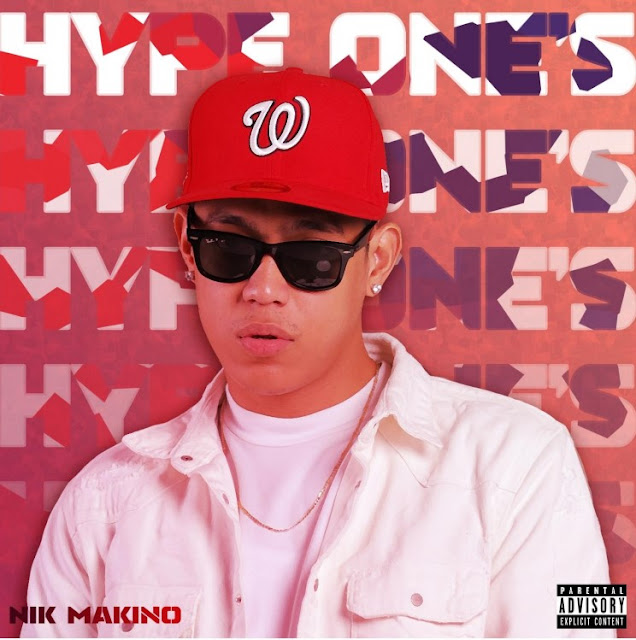 Known for his hit tracks Neneng B and Lexi, Filipino rapper and hip-hop artist switched gears to go full throttle with his very first full album that speaks of his true self and aspirations.
Nik Makino, the man behind the hit songs Neneng B and Lexi, who garnered over 95 Million streams in 2021, is back to release his first-ever full album aptly called, HYPE ONE’S - a three-part compilation baring a more personal side of the hip hop artist.
The Filipino artist treated his fans with a series of drops that made them want for more. Last January 15, Makino kicked off the release of his first single DAHAN LANG and its corresponding music video on YouTube. Completely treating his avid followers on TikTok, a few days later, Nik teased his fans by giving sneak peeks of his upcoming tracks on his isang mabilis lang videos. And just recently, staying true to his upcoming album, Makino hyped his fans by dropping yet another single along with a music video entitled READY KA, which garnered a lot of streams and views as of writing.
Nik Makino has introduced HYPE ONES to his listeners – with a simpler and more laid-back sound that reaches back to his beginnings, and with lyrics coming from his self-reflections and personal pep talks.
“I want my fans and listeners to know me better aside sa fact na I’m the man behind the song Lexi and Neneng B. I want them to see that Nik Makino is more than those two hit tracks which paved my way in the local hip-hop music scene. This time, I want more people to relate and connect with my songs in a more positive manner, basing it on my own self-realizations and experiences.” Makino, shares.
HYPE ONE includes 14 songs in total, grouped accordingly as Interlude 1 & 2. Each Interlude brackets tread through a story that Nik, himself, crafted personally. He also collaborated with fellow artists like Flow G, Shao Lin, A. Ross, and Dash Calzado. to create some of the songs.
The most anticipated track of the album, MOON featuring Flow G, is a collaboration fans have been begging for. MOON hooks its listeners right away with a hypnotic string opening, molded into a trap beat. A song about the journey to the top, Nik and Flow G rap about their dedication to finding success in rap and all the good and bad things that come with it – from hustling even when things are hard, to knowing that there are people watching and waiting for them to succeed and also fail. One message is clear in this Nik Makino and Flow G track, there’s no room for dead weight on their road to success.
With the music video of Ready Ka and Dahan Lang released ahead of the album launch, Nik still has more music videos in store for his fans to watch out for – each with a piece of his vision for the song. For Ready Ka and Dahan Lang, Nik made sure to use minimal equipment and to shoot in available locations as the hip hop artist wants to inspire and motivate his fans to do the same thing – work hard and work with what you have.
Nik Makino is intentional in HYPE ONE’S – by sharing his journey from being Mr. “Neneng B” to now being a father, a partner, and an artist with an influence over his fans, he wants to inspire his fans and other aspiring artists to continue the hustle, be creative, stay consistent, and work towards the perfect timing. Paying it forward and expressing his gratitude, Nik presents HYPE ONE’S as an album about his fans, for his fans.
It seems that being a father has changed Nik Makino to a better man and we are all for it! Listen to Nik Makino’s HYPE ONE’S here: https://bfan.link/HYPEONE
on March 12, 2022
Email ThisBlogThis!Share to TwitterShare to FacebookShare to Pinterest
Labels: PR and Sponsored