Thanks to the imminent threat of a global water crisis, Philippine government agencies and private entities involved in water distribution have recently paid more than just lip service to "pagtitipid ng tubig" than they had in previous years.

The Department of Agriculture and its various offices have also started warning the public against wasting water. In an official 2021 social media post, Kristine S. Pascual, a senior research specialist at the Philippine Rice Research Institute, noted, “[w]e need 4,000 liters or 20 drums of water to produce 1 kg. of rice. With proper water use, only 2,600 liters or 13 drums will be needed to produce the same amount of rice.” 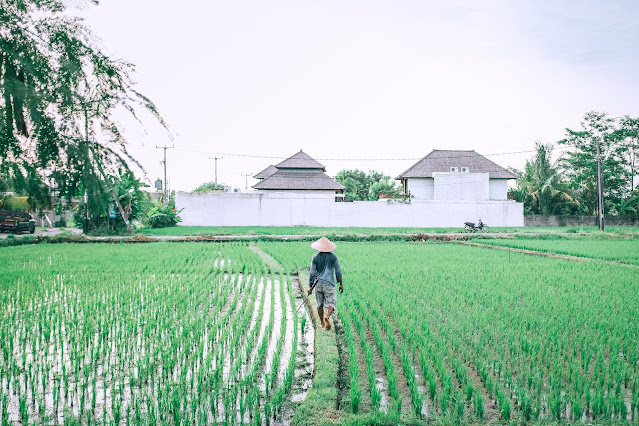 However, even 2,600 liters is already a generous amount by some estimates. An IRRI estimate gives 1,432 liters as the needed average amount to produce one kilogram of rice in a lowland paddy system.

And while rice is the biggest agricultural consumer of water, other crops such as corn, sugarcane, and pineapples, while not consuming nearly as much, use up non-negligible amounts of water as well.

Given this, government agencies, agricultural universities, and other institutions are now endorsing various methods for helping farmers reduce water consumption. Below are some of the strategies that are being encouraged:

Because of the low cost of irrigation water, many farmers simply don’t see much advantage in watching their field’s water levels too closely. Rice, being a semi-aquatic plant, can thrive even when partially submerged. However, most rice varieties do not require submerging for any purpose other than to deter pests. Thus, the ideal water level should only be between 5 and 10 centimeters, enough to keep most kinds of pests away.

Institutions such as the PRRI recommend only flooding fields when necessary, such as in the early stages of the planting cycle, and keeping the levels as low as practical. Soil testing and following recommended irrigation schedules for the soil type should also allow for maximum palay production with minimum water waste. 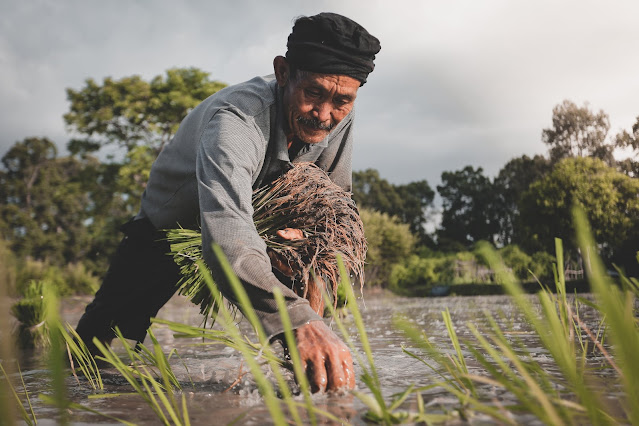 Different soil types have different water requirements. For example, rice planted in clay-rich soil may require less water because the soil can hold onto more moisture, offsetting the effects of evaporation. More sandy and rocky soil has less holding capacity and may require more water consumption.

Along with better scheduling, doing proper soil testing and using the appropriate amounts of water can help farmers judge the acceptable minimum amounts of water inputs for the desired yield.

3.) Use Better Watering and Irrigation Methods

A lot of water wastage in the field also happens because of the specific watering and irrigation methods used. Traditional field flooding and sprinkling both save labor, which is welcome given the hard work that goes into planting rice. However, these methods lose water to evaporation and are also responsible for much of the water wastage that happens in crop cultivation.

Drip irrigation is an alternative watering method that uses some kind of water transportation system that goes partially under the soil, watering crops directly at the roots. This prevents water loss from evaporation and enables dramatically reduced water consumption. The amount of water released can be finely tuned to prevent over-saturation. The result is less water used with the same yields.

While drip irrigation systems are currently expensive, they may soon become a fact of life for farmers if water shortages continue.

Rainwater is an underutilized source of soft water, that is, water that is relatively free of minerals. Before the development of modern water treatment systems, rainwater was prized for household use, as its lack of mineral content and contaminants makes it ideal for cleaning and even drinking, after some basic sterilization.

Unfortunately, many farms no longer install these systems because of the low cost of relatively clean irrigation water. However, these collection systems are often just a one-time expense that can save on water consumption for years. They can be especially useful for farms with vegetable gardens as well as for those where the municipal water sources are far from the homestead.

Many parts of the Philippines are already experiencing droughts and other seasonal water supply issues. Fortunately, thanks to the work of local scientists, there are now crop strains that are especially suited for these adverse conditions.

Some strains of rice and corn have significantly lower watering requirements compared to the most popularly used ones today. This makes them good choices when planting in areas with limited irrigation options, such as in many upland farms in the Philippines. These newer crop strains may also become necessary if projections of water scarcity by the end of the 2020s become true.

Is Time Running Out for Filipino Farmers?

With the effects of climate change and water scarcity upon us, there is a growing call to reduce water waste, particularly in agriculture. By some estimates, up to 70 percent of water in the Philippines is wasted, largely as a result of outdated agricultural practices.

The Philippines is currently at the start of a water supply crisis partly due to the effects of climate change, which has resulted in more intense dry seasons and lower average water tables. Additionally, rising sea levels resulting from climate change are causing saltwater intrusion that limits the freshwater sources available to farmers. What’s more, traditional farming methods are worsening this state of affairs.

While there will be difficulties implementing the best practices suggested above, the water crisis looms larger with every planting cycle. Soon, such measures will be a necessity rather than just a way to save on irrigation costs.

on January 31, 2022
Email ThisBlogThis!Share to TwitterShare to FacebookShare to Pinterest
Labels: PR and Sponsored