Kim Lato and her 15-year e-commerce journey with Kimstore

More than a decade ago, then-sophomore student Kim Lato's pursuit of e-commerce business was unheard of, especially because she could expect a comfortable “career” in her dad’s own textile business. What set her on an irresistible entrepreneurial path in 2006 were her love for photography, a blogging hobby, and a challenging online experience. Over the years it would be further redefined by a vision to “build the Amazon of the Philippines.”

Interestingly enough, that Amazon-fueled goal was set off by her own experience with the online global marketplace giant. Lato recalls, "I was looking for a particular lens in Amazon. The thought came to mind: ‘Can I do this but with gadgets available here in the country?” This eureka moment that recognized a potential customer need was her first step in building Kimstore, which specializes in on-demand delivery of smartphones, laptops, cameras, other gadgets, and their accessories. 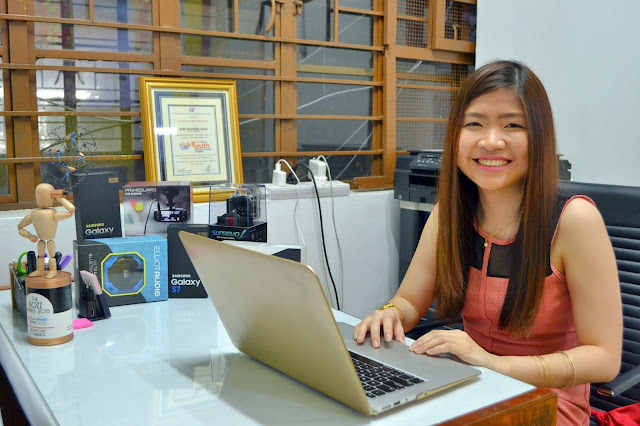 During its early inception, Kimstore began at the now-defunct social networking site, Multiply, which was the Facebook of its time. Lato recounts her first struggles: "There were a lot of inquiries online. I also received support from my professors and classmates. However, there were no sales."

It was the very first sale bought by her orgmate, Zyla Quiambao who Lato remembers fondly to this day that became her working proof of concept. Lato wanted to prove that online selling of gadgets was possible and that her platform worked. Her sale of one product per week turned into 10. Lato soon adjusted everything in her schedule to keep on doing the business. She says, “Morning, I take all the classes, but in the afternoon, I was a business owner.”

Her sales soon skyrocketed, leading her to literally show her products to her customers while having snacks in the McDonald’s beside De La Salle University on Taft Avenue, Manila. “A lot of people were seeing the stock right there, and they were buying as they see the stock,” says Lato. She sat down with the customers, explained the products’ benefits, and closed the deals on the spot. Not surprisingly, other young student entrepreneurs followed her business model. However, while they regarded it as more of a side hustle, Kim saw it as her future. Because at that time, physical stores were still the primary places where people bought their gadgets, Lato made customer service her differentiator. With the goal of making Kimstore closer to every household, she gave the necessary information when it comes to buying or purchasing gadgets. To compete with Lazada, which was also starting out, she offered money-back guarantees and personal consultations in meet-ups.

It was not a walk in the park either – some meet-ups and their risks were nerve-wracking. With their main office in Tondo back in the day, her team would frequently carry almost PHP50,000 cash around town. There was also a time that they were not allowed inside malls to do the meet-ups, which created uncertainty among the customers. “Sinisita ng security yung team namin noon,” says Lato.

Her unique solution: the establishment of the different pick-up points which now number 15 different locations around Metro Manila.

Kim and the early beginnings of Kimstore

One of Kim’s strong entrepreneurial beliefs is that you should not put all your eggs in one basket. This became truer when Multiply closed down in 2013. It was a major but ultimately beneficial change. “A lot of friends in the industry helped especially in building my website, and I transitioned over to Facebook,” Lato said. Throughout the shift, she contacted her database of the customers at the time. “I texted them one by one. I informed them that we shifted over to Facebook.”

By 2015, people outside Metro Manila were already inquiring about how to buy products from Lato. To meet the demand, she partnered with a courier that provided a COD (cash on delivery) service, a true gamechanger in the e-commerce space.

From that point on, she trained her employees in providing excellent customer service as one of their foundations. Lato still wants to focus on creating a customer-centric culture for her team, crediting her success to holding very personalized experiences for her clients.

Then, despite doing the business for 15 years, Lato was able to have still another breakthrough in 2020, the height of the pandemic. Even more, people who could not leave their homes because of the lockdown looked to Kimstore for delivery of their precious gadgets.

A woman in the tech space 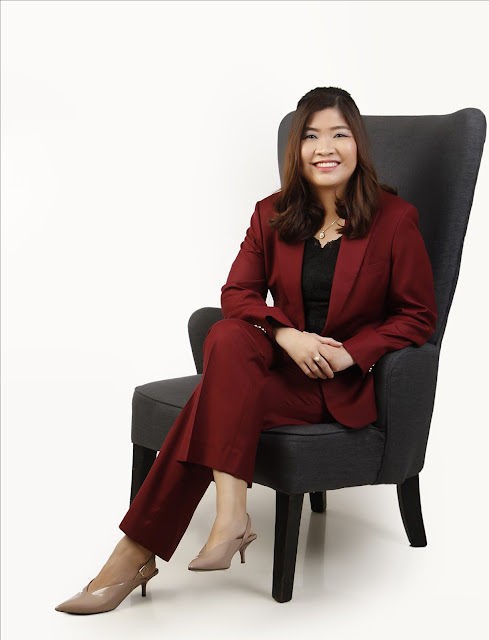 This just strengthened her resolve to become one of the biggest and strongest electronics businesses in the Philippines. Her success earned her praise for being one of the few women who could breakthrough in a frequently male-dominated tech space.

Initially, Lato encountered a few customers who had to adjust their expectations early in the business. She says, “When they see the brand ‘Kimstore,’ their first thought is that a Korean owns the business. or the owner is a man. But when they see me, it’s like they think, ‘Oh, it’s a woman.”

More important, it is her continuing growth as a woman and a business owner that Lato really treasures. She values all the private messages that she receives and the people she inspires. Asked to name her reason for success, she first names her passion. Then there is one habit she asks others to emulate: “I was able to conquer my self-limiting beliefs – the thought of failing, I was able to overcome those negative connotations,” says Lato.

That courage showed when Kim decided to pursue Kimstore full-time around 2008, right at the peak of the financial crisis. The solution for survival was to scale the business. “It was how to make it big,” she reiterates: “the vision to become the Amazon of the Philippines.”

She has carved a leadership niche in the on-demand online gadgetry space as she champions different e-commerce verticals and has certainly reached something similar to that goal, with her accomplishments recognized by awards from leading business organizations like Go Negosyo and PLDT.

Despite the achievements she had throughout the years, she is still hungry for growth. She sees that the post-pandemic consumer behavior really dictates the demand and the direction of the market. For people starting out in their e-commerce business, Lato says “growing and going aggressive in different platforms such as Shopee and Lazada” is a good move. Establishing a digital business also means investments in digital tools such as CRM, accounting software, analytics, web infrastructure, as well as a good logistics partner.

Kim Lato after 15 years since the establishment of Kimstore

From pioneer and trailblazer to industry leader, the next step for Lato is to give back. By focusing on her passion – entrepreneurship, e-commerce, and empowering women --- she wants to go back to her roots by holding masterclasses and other engagements for women startup owners and newbie business executives, enabling a stronger community for her professional peers and siblings in the e-commerce space in the future. “I really want to take this opportunity to share my knowledge, time, blessings, and really help the e-commerce community and empower women.” according to Lato.

on November 08, 2021
Email ThisBlogThis!Share to TwitterShare to FacebookShare to Pinterest
Labels: PR and Sponsored