Discovery + is the Steaming App You Need in Your Life

I recently learned about a new streaming app and initially, I wasn't excited because we already have so many streaming apps until I saw their lineup and then I was like, "YOU GUYS NEED TO DOWNLOAD DISCOVERY PLUS!"

Days later, I have watched so many shows that I feel like I can actually give a good litany of the lineup. If you are into relationships, ghosts, true crime, Korea shows, and more, this is the streaming app you need in your life.

I kid you not!

discovery+ (discoveryplus.com/ph), the definitive non-fiction, real-life subscription streaming service from Discovery, Inc., is now live to all Filipinos, as the company today announced the launch of its direct-to-consumer offering across app stores and platforms in the Philippines.

discovery+ brings Filipinos more than 20,000 episodes of current and classic shows from Discovery’s portfolio of networks, including Discovery Channel, TLC, HGTV, Investigation Discovery, Food Network, Magnolia Network, Travel Channel, Animal Planet, Asian Food Network, and more. At launch, the service features more than 100 new and exclusive discovery+ Originals from iconic franchises and personalities, such as Chip and Joanna Gaines, Sir David Attenborough, Joe Kenda, Bobby Flay, and Giada De Laurentiis, as well as a growing selection of Korean reality series, including Sing Again and It Takes A Village. A selection of discovery+ Originals now available can be found below.

"The launch of discovery+ builds on more than 25 years of Discovery's iconic real-life brands, loved personalities and larger than life storytelling in the Philippines," said Tony Qiu, General Manager, East, and Southeast Asia, Discovery, Inc. "As one of the world’s fastest developing SVOD markets with a growing appetite for premium content on-demand, we are excited to bring Filipinos a differentiated service with unlimited access to Discovery’s iconic global shows, fresh original content and local stories all in one place.” 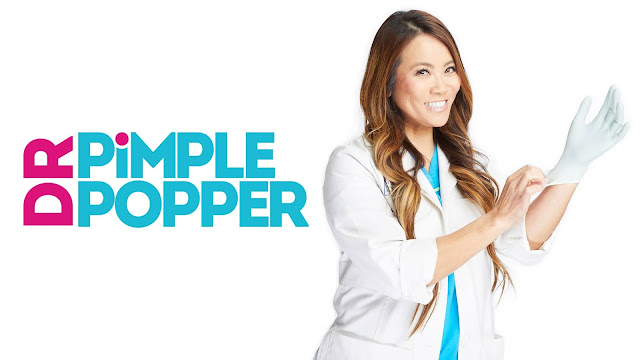 discovery+ is the exclusive new home to Discovery’s most popular franchises in the Philippines - 90 Day Fiancé, Naked and Afraid, and Ghost Adventures. The service will also bring Filipinos the hit series Drag Race, featuring international adaptations, as well as the highly anticipated Drag Race Philippines in 2022.

For the first time, the extensive library of top true crime content from Investigation Discovery will be available in the Philippines on discovery+, including launch titles Unseamly: The Investigation of Peter Nygård, Signs of a Psychopath, Evil Lives Here, and If I Can't Have You: The Jodi Arias Story. The service also features exclusive content from OWN, the joint venture with Oprah Winfrey, as well as premium shows from Magnolia Network, the multiplatform joint venture with Chip and Joanna Gaines, including Fixer Upper: Welcome Home and Magnolia Table with Joanna Gaines.

Additionally, discovery+ offers the definitive collection of nature and environmental programming in the Philippines, headlined by access to the BBC’s largest natural history offering, including Planet Earth and Blue Planet, as well as top non-fiction library content from History Channel, including Pawn Stars, Storage Wars and The Unxplained, and VICE, such as Most Expensivest with 2Chainz and Point Blank. Additional hit international content includes I Can See Your Voice US, MasterChef and The Boulet Brothers' Dragula, as well as all twelve seasons of Anthony Bourdain: Parts Unknown.

discovery+ is available across multiple platforms, including connected TVs, web, mobile, and tablets. Platforms at launch include iPhone, iPad, iPod touch, and Google devices and platforms, including Android™ phones and tablets, Google TV™ and other Android TV™ OS devices, and Google Chromecast™ and Chromecast built-in™ devices. Each subscription includes up to five user-profiles and four concurrent streams.

on October 19, 2021
Email ThisBlogThis!Share to TwitterShare to FacebookShare to Pinterest
Labels: PR and Sponsored