If you’ve been out of the loop, hundreds of girls posted about their period problems last February, and least to say it was like unboxing Pandora’s box. Personal stories of lagkit, sweaty, and stuffy, pads came up — these girls were over and done with the uncomfortable period life. So were celebs like Andre Brillantes, Maris Racal, Kyline Alcantara, and Angelina Cruz. They can still very much relate to common period problems, and just like the hundreds of girls with period problems, they were on the hunt for the perfect pad. 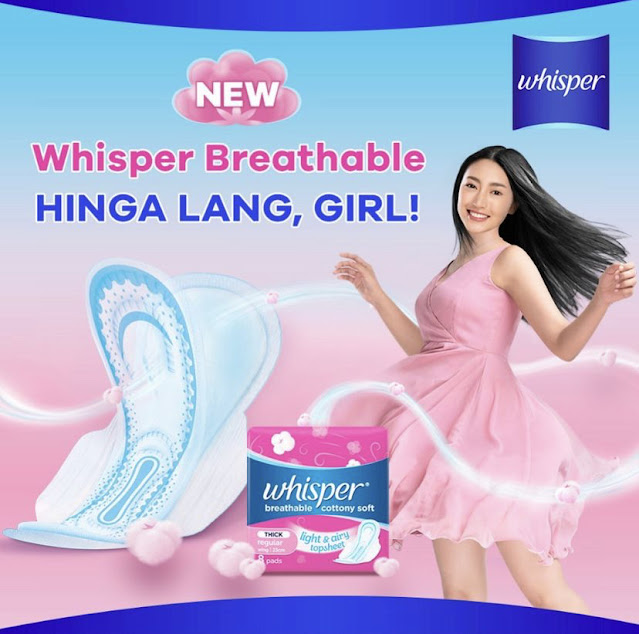 The chase for a breathable pad was on. From one girl to another, and on to Twitter, in just a few minutes thousands of tweets claimed that they have finally found the #HolyGrail pad that made them say, “Hinga lang, girl.” For three days in a row, the new Whisper Breathable trended on Twitter with tried and tested testimonials from hundreds of girls making the switch. Even sisters, cousins, and family members of Angelina Cruz, Andrea Brillantes, and Kyline Alcantra were impressed with Whisper Breathable.

Girls tend to be very choosy of the products they use after years of being let down. That’s why when Kyline Alcantara had her sister switch to Whisper, they knew it was the holy grail of the many pads they’ve since tried. 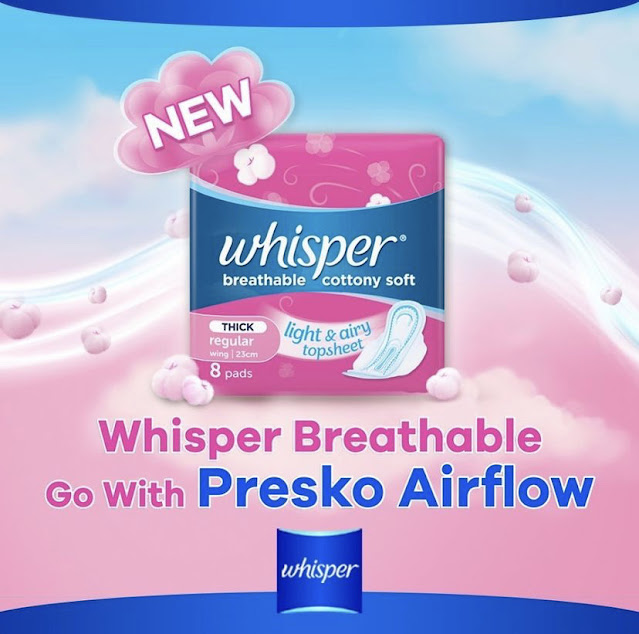 Although hundreds of girls have raved and recommended Whisper pads, some girls like Maris Racal were still very much skeptical until she’s tried the product. She mentioned on her Instagram post, “I had my doubts in switching to Whisper's NEW Breathable pads. But after a lot of thought, I finally decided to try it and was really amazed especially with the THOUSANDS OF AIRFLOW VENTS on the pads giving me a super presko period feeling!”

These are just a few of the hundreds of testimonials and personal stories from girls that share the love for the presko with Whisper experience. Thousands of Filipina girls have switched to the new Whisper Breathable and swore to never go back to their old, stuffy, sweaty napkin.

The new Whisper cotton pad variant has Presko Vents with thousands of airflow vents that let air pass-through for a presko, light, and airy feeling. And if you’re wondering how they’re able to move freely even on their period, the Whisper Breathable has new soft wings that can help reduce thigh irritation. Some girls go about their day without checking for leaks with the new and improved top-sheet with deep anti-tagos channels.

To see and feel is to believe, and thousands of Filipinas proved that the new Whisper Breathable definitely gave them a happier, more presko period by dancing along to the #HingaLangGirl Challenge on Tiktok.

Filipinas have finally made the switch to Whisper Breathable after airing their dilemma on sweaty, stuffy pads online. And it seems like they just can’t get enough of the presko period experience Whisper offers. Don’t miss out and try the new Whisper Breathable with Presko Vents, available at all leading online stores, drugstores, and supermarkets. Visit the Whisper Facebook page for more updates.

on May 19, 2021
Email ThisBlogThis!Share to TwitterShare to FacebookShare to Pinterest
Labels: PR and Sponsored