I've been on Tiktok a lot lately and one of the funniest people that I've been following is Justine Luzares.

TikTok has turned out to be the perfect platform for funny guy Justine Luzares to express himself creatively. He always knew that he wanted to write funny skits, but didn't consider becoming a comedian himself, until he started using TikTok. "I realized I can actually act the part," Justine shares. "We're on TikTok to have fun and be entertained. Putting smiles on people's faces is the easiest way to sell your content to people." 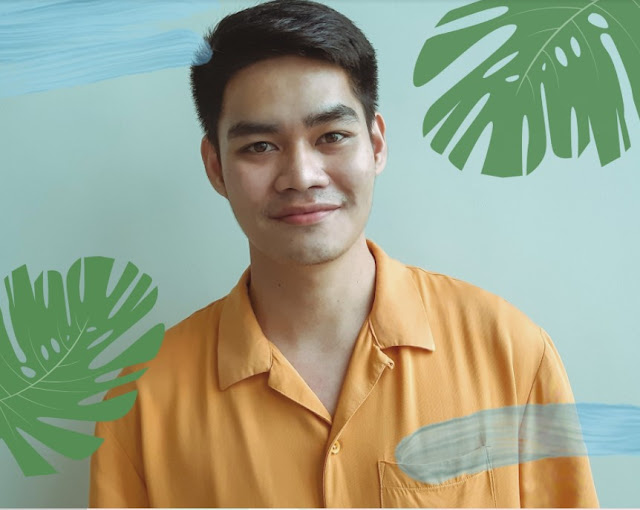 Apart from showing off his funny side, his videos also give him the chance to showcase his ability to put on different accents, a talent he learned from watching movies. He first tried it out after seeing the 2004 movie, Troy, which starred Brad Pitt and Eric Bana. He says, "It was a long process. I started learning it when I was still in 7th grade. It didn't happen overnight. It took quite a lot of movies just to somehow master it." Mimicking speech patterns of characters from the popular TV series, Game of Thrones, particularly Viserys Targaryen, also helped Justine refine his accent. Since then, he has learned how to do Indian and Australian accents as well.

Justine responds to a fan's request to do an Indian accent here.

Here's a sample of his Australian accent. 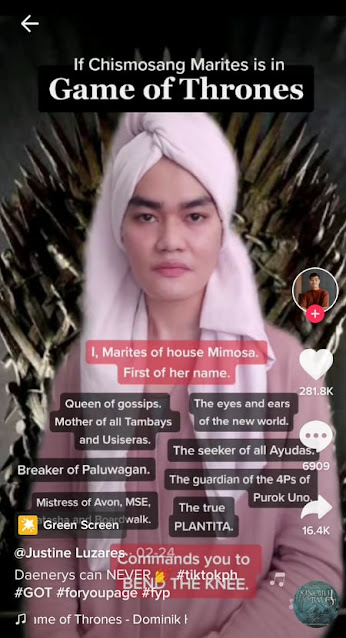 Watch Justine's Chismosang Marites ala Pride and Prejudice, gossiping like a stereotypical Filipino neighbor, but with a British accent.

This is what Chismosang Marites would be like as a Game of Thrones character.

Discover all the hilarious comedy creators that you can follow on TikTok. Download the app on your iOS and Android devices today to get started.

on May 28, 2021
Email ThisBlogThis!Share to TwitterShare to FacebookShare to Pinterest
Labels: PR and Sponsored