Jiu-jitsu purple belt Sangalang was just a fan who witnessed Johnson's ascent as one of the best fighters the world has ever seen. 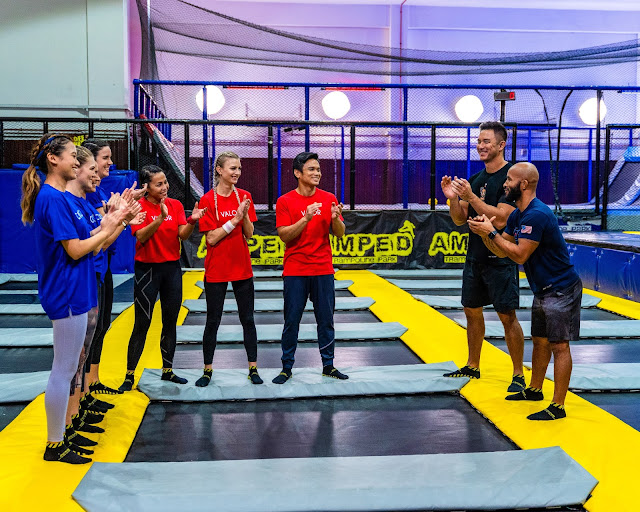 In Episode 9 of The Apprentice: ONE Championship Edition, the 43-year-old procurement consultant from the Philippines got the chance to face the MMA legend – not in the Circle, but in a trampoline arena where the seven remaining candidates played trampoline dodgeball with DJ.

Lucky for Louie, he had played dodgeball growing up and was confident of his game. Sangalang’s shining moment came when he eliminated Johnson in the clincher which led to his teammate Monica Millington delivering Team Valor’s game-winning hit on Irina Chadsey.

"Getting to hit a world champion, that's going to be something for the books in my life," Sangalang commented as he flashed a winning smile and did backflips on the trampoline.

Staying with the youthful vibe of the episode, the candidates next created a campaign promoting Alpha Bravo e-sports Pro, TUMI's first gaming bag collection, in the boardroom challenge.

Still riding high from the physical task victory, Sangalang was quick to vouch for Millington to take the lead for Team Valor -- a strategic move as he wanted to see the 30-year-old fashion entrepreneur from the United States rise to the occasion. "I have very high regard for Monica's capabilities when it comes to competencies in these fields.

Team Valor came up with its "Journey of a Champion" campaign, a tournament of champions that would launch the ultimate sling bag for e-sports athletes, which was praised by ONE Championship chairman and CEO Chatri Sityodtong, with a few tweaks here and here.

"I thought your execution plan was believable, but you just chose everyday heroes. I think that's an almost impossible concept," the executive pointed out. "But if you choose someone who's on the cusp of being professional, it'll get a lot of credibility in the gaming community. A little bit of a tweak and this concept can be explosive," said Chatri.

It wasn't long before Chatri gave Team Valor the victory, a testament to the cohesiveness Louie, Monica, and Paulina have fostered. Germany’s Kexin Ye and Nazee Sajedi of the United States were eliminated in this episode. 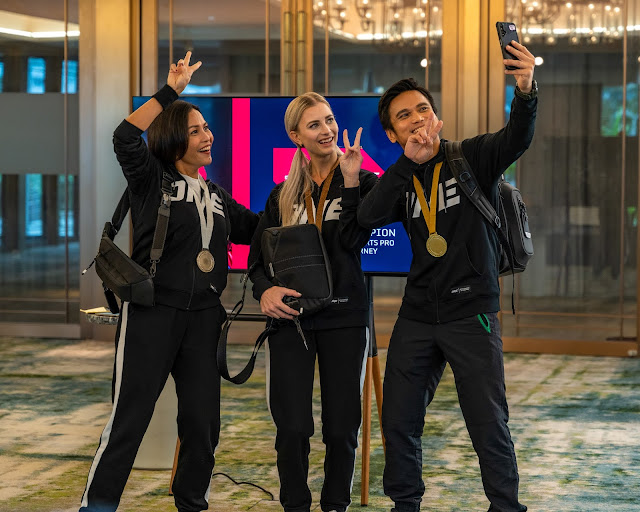 Now only five candidates remain – with just Sangalang and Indonesia’s Paulina Purnomowati at the only Asians in the competition for the prize of a US$250,000 job offer as Sityodtong's protégé, chief of staff, and head of a business development unit at the ONE Championship Global Headquarters in Singapore.

The Apprentice: ONE Championship Edition is showing across Asia on AXN, the show’s official Asian broadcast partner, with markets to include Singapore, Indonesia, Malaysia, Hong Kong, Philippines, Taiwan, Thailand, Cambodia, Myanmar, and Vietnam.

The first season of “The Apprentice: ONE Championship Edition” consists of 13 episodes and will be seen in the Philippines on Thursdays, 8:50 pm on AXN cable network and on Mondays at 9 p.m. on One Sport.

on May 19, 2021
Email ThisBlogThis!Share to TwitterShare to FacebookShare to Pinterest
Labels: PR and Sponsored