Canon Philippines today announced the local availability of the Canon EOS M50 Mark II mirrorless camera, designed for photography enthusiasts who are also keen to do videos and live stream. Whether you are a parent looking to capture fleeting moments of your child’s milestones; a frequent traveler looking for a compact and fuss-free shooting experience; or someone hoping to start your own YouTube channel; the EOS M50 Mark II is designed to help create captivating photos and videos with ease.

Capture sharper images and video with its 24.1MP APS-C CMOS sensor, while it's Dual Pixel CMOS AF provides quicker and more accurate autofocus functions, all while maintaining its ease of operability. 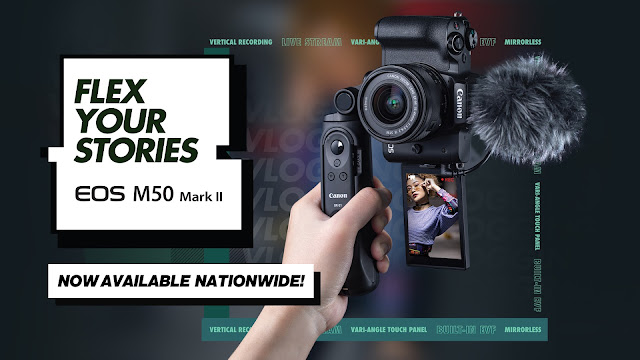 Always had trouble capturing sharp images of your active toddler who is constantly on the move or find it hard to zoom in on your child’s face as he runs across the pitch during soccer practice? The EOS M50 Mark II features an enhanced Eye Detection AF, which is able to detect and focus on a subject’s eye even when the person is far away.

This will ensure the eye will always stay in focus, making it possible to use Eye Detection AF for full body shots in addition to the common upper body portrait shot. Users can capture subjects quickly and accurately when they are approaching from a distance, making it great for candid shots as well.

The EOS M50 Mark II has a continuous shooting speed of up to 7.4fps with servo AF so users can capture multiple shots of moving subjects such as children or pets. Its built-in high-resolution electronic viewfinder (EVF) makes for easy viewing even when shooting in the bright outdoors.

The AF frame display in EVF or LCD screen of the EOS M50 Mark II, which shows which part of the picture the camera is focusing on, has also been improved. It is now faster and tracks the subject more smoothly, so users will always know which part of the picture will be in focus without experiencing any on-screen lag. Display speed on the AF frame display in the viewfinder or LCD screen has also been improved on the EOS M50 Mark II, allowing for better visualization of the tracking.

An EOS first, the EOS M50 Mark II makes full use of its touch-sensitive display with the new Tap AF feature where users can instantly switch focus from one person to another by just tapping on the screen, which is especially useful in group shots. This is in addition to the Touch & Drag AF, where users can move the AF frame by dragging their finger on the screen while shooting through the EVF.

Fast and stable AF is essential when it comes to shooting videos of moving subjects. On the EOS M50 Mark II, Eye Detection AF works with Movie Servo AF shooting. By simply keeping the subject within the frame while shooting, it will track the subject smoothly. Users can thus focus on the composition of the video while leaving the tracking of the subject to the camera.

With an improved contrast AF algorithm, users can also expect enhanced AF stability during 4K movies shooting with EF-M lenses. This will enable smooth movie recording, with reduced wobbling. EOS M50 Mark II supports movie digital zoom (approx. 3-10x) at the central part of the screen during shooting, which can be combined with optical zoom on a zoom lens to achieve magnified shooting with up-close shots.

Equipped with a Vari-angle LCD monitor and features such as touch screen recording, movie self-timer, and an external microphone jack, the EOS M50 Mark II makes it intuitive and easy for vloggers to record videos and do live streaming. 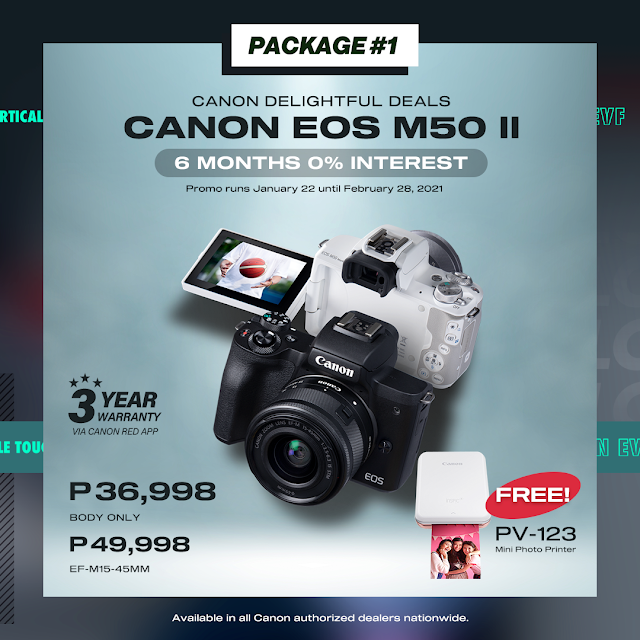 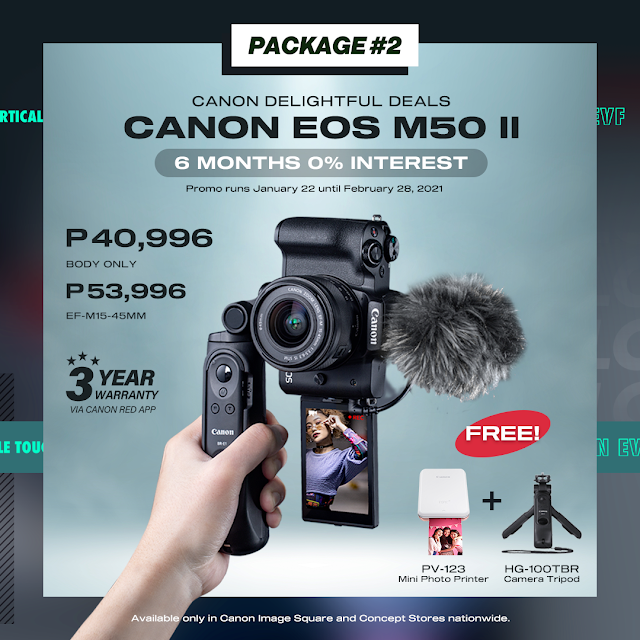 on February 17, 2021
Email ThisBlogThis!Share to TwitterShare to FacebookShare to Pinterest
Labels: PR and Sponsored