Avon's activities for this year's Breast Cancer Awareness month were a huge success. 2020's campaign, BOOBwatch, was all about educating about the importance of early detection. With all the three fundraising events mounted online, Avon was able to reach more people and generate awareness at a grander scale which benefitted the Philippine Cancer Society. 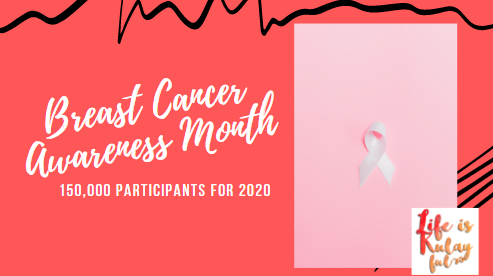 The second event is Shaped for More with Morrisette: The BOOBwatch Fundraising Concert headlined by Morisetta Amon which was streamed via Facebook. It had more than 5,700 viewers tuning in.

The final event is called #JointheBoobment Manouvres Fitness Dance-a-thon which was also streamed via Facebook Live. They did a simple dance tutorial that showed how fast and easy it was to do a breast check all by yourself.

AVON also released a special collection to help raise funds. For every sale of the Empower Bra, the Breast Cancer Promise Umbrella and Tote Bag Set, as well as the Evita Watch, Php50 will be donated to the PCS.