Hundreds of thousands of Filipinos tuned in to the most controversial online rap battle of the year — with an exchange of hand hygiene rhymes to the tune of sick beats, Safeguard and Fred D’ Germ took over the screens and Philippine social media feed last October 15, 2020 with the Raprapan sa Global Handwashing Day.

Aiming to shut down Fred D’ Germ, his motives, and to strengthen education on safe wash practices, Safeguard tapped the best of the best in the Filipino rap community to help them promote proper handwashing habits. Some of the biggest rap names in the country — Loonie, Ron Henley, and Shehyee were more than willing to lend their flow and bars to Safeguard. Fred D’ Germ on the other hand influenced Shanti Dope to rap for his agenda. 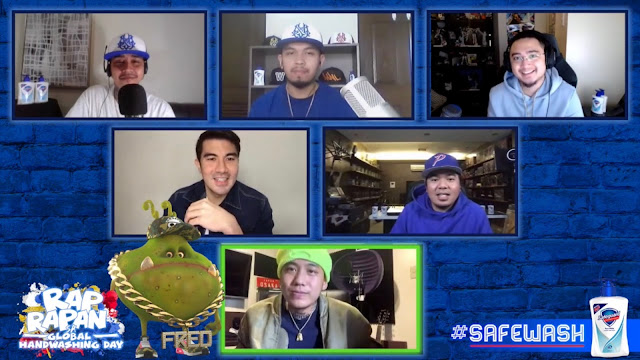 With stars like Gloc-9 as the judge, host Luis Manzano, and co-hosted by Rufa Mae Quinto and Mimiyuuuh, coveted by thousands of excited fans — The Raprapan sa Global Handwashing Day between Safeguard and Fred D’ Germ was livestreamed simultaneously at Gloc-9’s, Fred D’ Germs’, and Safeguard Philippines’ Facebook Pages.

Tense as it can be — the event started out with a competitive aura. Shanti from team Fred D’ Germ, started the rap battle with steaming hot lines, but Loonie, Ron, and Shehyee aren’t the best for nothing and gave back piping hot bars for Round 1. Tides were slowly turning during Round 2, and odds were seemingly in team Safeguard’s favor. The comment section during Round 3 was wild. Everyone was on their feet, hands were being thrown in the air, and breathes were being held. Team Safeguard was fast in their delivery, though they made it clear that fighting germs shouldn’t be rushed. When both teams were done with Round 4, majority of the comments were rooting for team Safeguard. 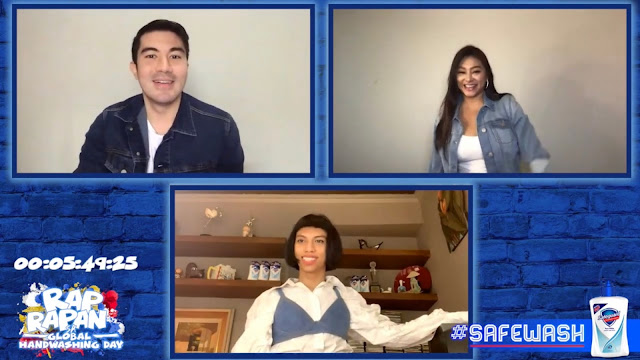 Talk of the Town, Rap Battle of the Year

With much anticipation, Filipinos — rappers, frontliners, parents, and even their kids — tuned in to watch the rap battle of the year on handwashing. Netizens shared various reactions on the exchange of lines between Safeguard and Fred D’ Germ, dominating local trends during the Raprapan sa Global Handwashing Day. Inspired by the creative delivery of a timely message, Filipino netizens also wrote their own rap lines and posted videos, spreading the word on safe wash handwashing.

Days after the event, the #SafeWash Movement has piqued the interest of Filipinos. Many were proudly posting photos and videos of them practicing proper hand hygiene, calling the attention of their friends and loved ones to do the same as well. Even celebs and influencers have shared their reactions online, encouraging Filipinos to follow Safeguard’s call to join the Safe Wash Movement.

Fred D’ Germ seemed unstoppable, until Safeguard came into the picture. After releasing his rap track “Hugas Na Rin ‘Yan!” — concerned Safeguard rebutted with their own music video. Check it out and see how the Fred D’ Germ and Safeguard feud started.

To effectively get rid of illness causing bacteria, Safeguard advises the Filipino public to follow these simple tips when washing their hands. Wet your hands using clean water. Lather the front and back of both hands, between fingers, and under your fingernails with Safeguard liquid soap for at least 20 seconds. More germs are removed the longer you scrub. Once done scrubbing, rinse hands under clean, running water. Dry hands completely with a clean towel.

Safeguard believes that with every Filipino passing on the vision of proper hand hygiene education, Safe Wash can become the only way we know how to wash our hands. With high hopes, Safeguard continues with its mission in putting an end to “Pwede Na” handwashing habits, to ensure that every Filipino family is safe against 99.99% of germs causing bacteria through every handwash.

Relive and watch the Raprapan sa Global Handwashing Day through this link.