The Itchyworms are throwing a massive virtual party on August 17, Tuesday (from 7:30 pm onwards) to celebrate the release of their fifth studio album, Waiting For The End To Start under Sony Music. 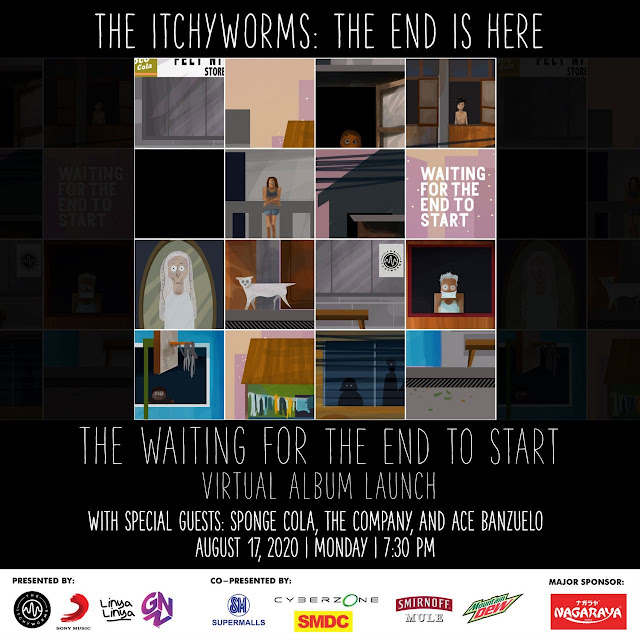 To kick the excitement up a notch, the online album launch will include performances from their peers in the music industry, The Company and Sponge Cola, and up-and-coming singer-songwriter/producer Ace Banzuelo. 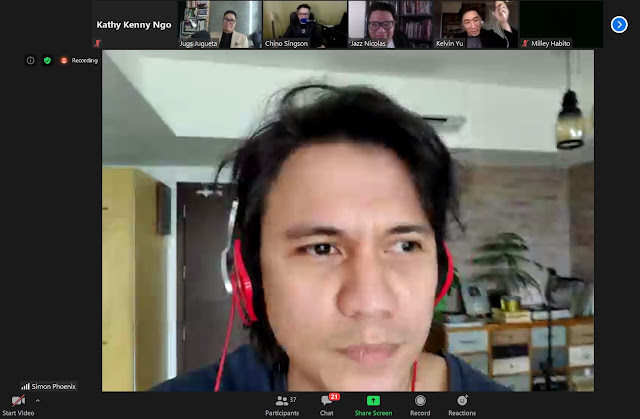 The Company are set to reprise their collaboration with The Itchyworms on the groovy, Manila Sound-inspired anthem, “I-Boogie Mo Ako Baby” with a twist like you’ve never heard before. 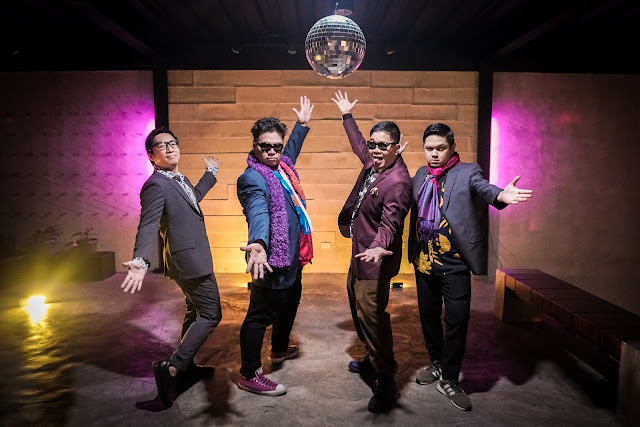 Expect nothing but spectacular entertainment as The Itchyworms own the virtual stage to perform some of the select tunes from their highly buzzed, quarantine-themed album.

If that’s not enough to satisfy your curiosity, the Gusto Ko Lamang Sa Buhay hitmakers will also preview the new songs for the very first time, live on their official Facebook page.

Virtually chill with the band’s latest record before it officially drops on midnight of August 18, Tuesday on all digital platforms worldwide.

Merch drop and promos
As part of the album launch campaign, The Itchyworms have recently teamed up with Linya-Linya for a merch collab. Through the limited edition shirt, they hope to continue to make other people happy, especially during this pandemic.

Make sure to call dibs on this exclusive merchandise drop for a chance to win special prizes.
Get 10% off your Smirnoff Mule purchase when you order via https://clink.ph and use the code MULExITCHYWORMS. Promo runs from August 14 to 28.

As for other surprises, make sure to keep tabs on special announcements from other partner brands.