BTS has addressed their hardships, sufferings, and fears in an honest and personal confession through their fourth studio album, MAP OF THE SOUL : 7, which was released on February 21. 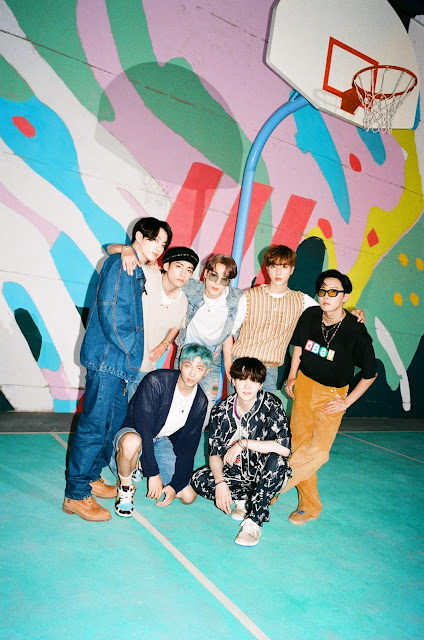 In their new single “Dynamite,” which comes only six months after their last album, BTS sings of joy and confidence, treasuring the little things in life that make life truly valuable and special. The song aims to bring a new surge of much-needed ‘energy’ to reinvigorate the global community in the midst of COVID-19.

Creative contributors to “Dynamite” include David Stewart and Jessica Agombar, known for “What A Man Gotta Do” by the Jonas Brothers and “I Love You’s” by Hailee Steinfeld.

This vivid Disco Pop track marks the superstar group’s first-ever song to be released completely in English; having sought a “breakthrough” to overcome a sense of disheartening stemmed from the new global climate, BTS embarks on a new challenge through “Dynamite.”

Though they had not initially planned to release a digital single, the seven members’ eagerness to be with their beloved fans as soon as they could won the day. The band is excited to be able to share the single’s fervent cheers and encouragement with the listeners around the world.

A brilliantly dynamic performance amplifies the vivid and catchy rhythms of “Dynamite.” The choreography is edgy and upbeat with movements that highlight the distinct charms of each BTS member. Simpler movements are tastefully connected, allowing each member to sing and express themselves to their hearts’ extent. The magnificent splash of solo and group choreography of
“Dynamite” is sure to bring forth a vibrant and witty charisma that seizes all eyes and ears.

The first TV performance premiere of “Dynamite” will be at the 2020 MTV Video Music Awards on August 30 8:00 PM EDT.