The inaugural season of the Pacific Championship Series (PCS), featuring 10 teams across Southeast Asia, Taiwan, and Hong Kong, heralds a new era of competitive League of Legends in the region, and the action starts this weekend.

Available in English, Mandarin, and Thai languages, the PCS live stream kicks off from 5pm GMT +8 on Saturday, 29 February, with matches running every Saturday and Sunday till 4 April. Fans can catch the live broadcast of matches on the PCS streams, available on https://www.twitch.tv/lolpacific and on https://www.youtube.com/lolpacific. The first weekend of competition will commence with a clash of giants between J-Team and Esports Club. 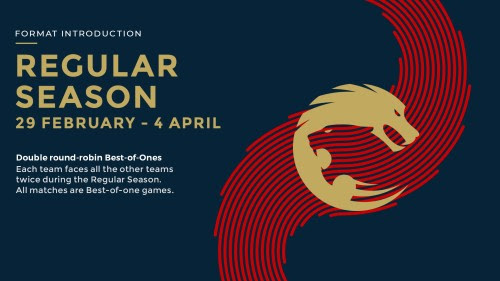 The PCS features an increased number of games across a series of best-of-ones, and a new double-elimination playoff format, with top teams from the former League of Legends Master Series and Southeast Asia. The PCS league is co-organized by Riot Games and FunPlus Esports, while Garena is the publisher of League of Legends in Southeast Asia, Taiwan, and Hong Kong.