How Does Respect Work in a Romantic Relationship?

Respect in an Eastern Family

In eastern families, from early childhood, girls are taught to treat men with unconditional respect on the sole ground that he is a man. A man in the East is an earthly god and master. Loving, obeying, and caring is not just a tradition – it is introduced into the rank of law.

For example, a wife is obliged to serve her husband at the table, thereby showing respect to him. In India, washing the feet of a loved one is a sign of the highest respect for a husband. In Egypt, appearing in front of a husband in an inappropriate form in an old robe and unkempt is a sign of disrespect.

The most terrible misconduct in an Egyptian family, after which the spouse has the right to drive his wife out of the house forever, is to tell him that he does not provide for his family – because in doing so, the wife calls into question the masculinity of her husband. 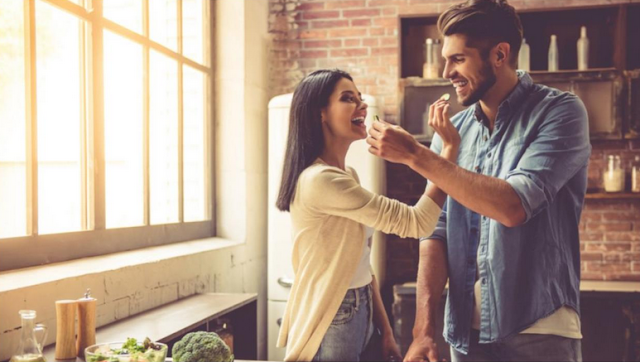 Respect in a European family

In a modern European family, the respect is that spouses recognize: both husband and wife are separate, independent people who have their own qualities and advantages. Respect is a respectful attitude to their aspirations, actions, and decisions.

A lot of the list can be attributed to a woman as well, but there are certain differences.

What respect for a woman means.

If you want to meet ladies, then you have to learn that respect means to:
· Recognize a woman as a separate and unique personality (she is special, not like everyone else);
· Recognize her attractiveness and sexuality;
· For a woman, the correct tone of voice and the correct, non-hurtful language is important;
· Respect the woman’s work and her actions aimed at creating comfortable conditions;
· Be equal in status and make a woman feel her active participation in family life;
· Respect for her emotions, feelings, and experiences;

A sign of disrespect is the lack of attention on the part of the man. Extreme disrespect is assault, yelling, and insulting. Infidelity can be assessed not just as disrespect but a crime against family values.

For women, the concepts of love and respect are closely intertwined. Disrespect is often a sign of lack of love. If the family is respected, then people are comfortable together; they express their point of view easily and do so without fear. The presence of respect in the family can also be indicated by stable and high self-esteem.

For example, a woman in such a family will feel loved, and her husband will feel like the leader of such a coalition.

Lack of respect in a family

One of the reasons for the loss of respect is the inability to respect the personal space of another person. We perceive a person that is very close and dear to us as a stranger; we do not perceive them as an individual with their own shortcomings and advantages. We do not see the strengths and focus on the weaknesses that a person has.

When two people just met and fell in love, respecting each other is not difficult because all attention, actions, and desires are directed only to one person.

Lovers try to become one, so as to open to each other as much as possible. And over time, the boundaries between me and another person blur, it seems that the other person is a continuation of me, and I can treat them as well as myself. And this means controlling another person, demanding something from them.

And when the love passes, and the relationship comes to a new level. You begin to see other sides of a person you love. You come to realize that a person has flaws, and sometimes they do unpleasant things to you or, as it seems to you, act completely wrong. Respect leaves the relationship.

The things which you could not even allow yourself at the beginning of the relationship, at the time of falling in love, turn out to be normal, and you feel like the love is gone. Two people allow themselves to relax and begin to behave the way they want. For example, when you are just dating and exchanging presents, going out to have some good time together, you wouldn’t even dare to call your female partner a bitch, but now, everything seems to be quite different.